By Angela Haupt – The first new diagnostic guidelines for Alzheimer’s disease
in nearly 30 years expand the definition to include patients with
earlier stage symptoms, emphasizing that the disorder begins wreaking
havoc on the brain
years before it can be detected. The recommendations, issued today by
the National Institute on Aging and the Alzheimer’s

Association,
recognize two new categories of the disorder: a preclinical phase that
occurs before patients show any memory loss or thinking problems, and “mild cognitive impairment,”
defined by subtle symptoms that don’t interfere with daily functions.
“We’re redefining Alzheimer’s disease and looking at this in a different
way than has ever been done,” Creighton Phelps, director of the
National Institute on Aging’s Alzheimer’s Disease Centers Program, told The New York Times.
“I think we’re going to start to identify it earlier and earlier.” The
guidelines are a stark contrast from the last set of recommendations,
published in 1984, which only recognized the full-blown dementia phase
of the disease. The shift encourages early screening for Alzheimer’s, as
well as continued research into drugs that could halt early brain
changes and into ways to identify people who would most benefit from
such treatment. “We’ve been an advocate for early diagnosis for many years,” William Thies, chief scientific officer of the Alzheimer’s Association, told Bloomberg. “It allows people to anticipate what will happen and plan their lives to minimize the impact of what’s coming for them.” 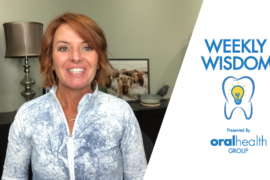