From the Journal of Oral and Maxillofacial Surgery – May 7, 2011

This investigation assesses the effect of platelet-rich plasma (PRP) gel on postoperative pain, swelling, and trismus as well as healing and bone regeneration potential on mandibular third molar extraction sockets.

A prospective randomized comparative clinical study was undertaken over a 2-year period. Patients requiring surgical extraction of a single impacted third molar and who fell within the inclusion criteria and indicated willingness to return for recall visits were recruited. The predictor variable was application of PRP gel to the socket of the third molar in the test group, whereas the control group had no PRP. The outcome variables were pain, swelling, and maximum mouth opening, which were measured using a 10-point visual analog scale, tape, and millimeter caliper, respectively. Socket healing was assessed radiographically by allocating scores for lamina dura, overall density, and trabecular pattern. Quantitative data were presented as mean. Mann-Whitney test was used to compare means between groups for continuous variables, whereas Fischer exact test was used for categorical variables. Statistical significance was inferred at P < .05.

The PRP group recorded reduced pain, swelling, and trismus as well as enhanced and faster bone healing compared with those in the control. Hence the study showed that topical application of PRP gel has a beneficial effect in enhancing socket healing after third molar surgery. 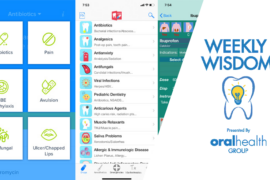