A new group formed to tackle and reverse the growing obesity epidemic has been welcomed by the British Dental Health Foundation.

Action on Sugar, formed of a number of leading worldwide experts, hopes to educate the public on the dangers of hidden sugars and raise awareness of the ‘un-necessary’ amounts of sugar added to our foods and drinks, a large reason behind the growing obesity crisis.

England has some of the highest obesity rates in the developed world, with 60 per cent of adults and one third of 10 and 11 year olds being overweight or obese. Diet-related illnesses cost the NHS billions each year, and conditions such as type II diabetes and heart disease have also increased.

Latest figures show more than three in every 10 children starting primary school do so with tooth decay, while a third of children aged 12 have visible dental decay.

Chief Executive of the British Dental Health Foundation, Dr Nigel Carter OBE, welcomed the formation of the group, given the adverse effect large amounts of sugar has on oral health.

Dr Carter said: “Health professionals have long held the opinion that sugar is addictive, and it is pleasing to see so many leading health experts come together to tackle the problem.

“Consuming too many sugary foods and drinks can potentially increase the risk of dental erosion and tooth decay. The increase in consumption of sugary drinks is one of the key reasons for tooth decay.

“The idea that too much sugar is bad for health is not a new concept, yet it is surprising how many people seem to ignore the message. The additional cost of dental treatment from untreated tooth decay is also a growing problem. Cutting back on regular visits may seem like a good idea on the wallet, but the potential cost of emergency treatment is even higher.

“Visiting the dentist regularly and cutting down on how often you have sugary foods and drinks are two of the Foundation’s key messages. Following them – and brushing your teeth for two minutes twice a day using a fluoride toothpaste – may help to reduce rising levels of decay in children and adults in the UK.”

Emeritus Professor Aubrey Sheiham from the Department of Epidemiology & Public Health, University College London, a global expert advisor of Action on Sugar said: “Free sugars are the main cause of the most common disease in the world; dental caries.  If any dietary product were to cause decay of any other part of the body, it would have been severely controlled. Yet sugars decay the hardest human tissue – teeth – and very little is done about controlling sugars. Therefore, policies should be formulated to develop products, such as baby foods and other food products and drinks that have no added sugars.” 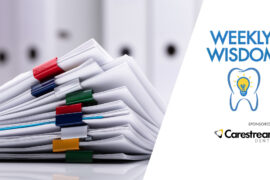