The purpose
of this study was to determine the effectiveness of a supplemental injection
utilizing the improved intraoral cervical plexus anesthetic technique in
mandibular posterior teeth diagnosed with irreversible pulpitis when the conventional
inferior alveolar nerve blocks failed, and to provide a description of the
technique. Forty patients were diagnosed with irreversible pulpitis in a mandibular
posterior tooth. Each patient received inferior alveolar and lingual nerve
blocks prior to treatment of the affected tooth. The blocks were considered a failure
ten minutes following profound lip numbness with a positive EPT. Patients were then
divided into two groups: the experimental and the control groups of 20 subjects
for each group. For the experimental group, subjects were administered 2 ml of 2%
Lidocaine 1:100,000 epinephrine using the improved intraoral cervical plexus
anesthetic technique. For the control group, subjects were administered 2 ml of 0.9%
sterile saline as a placebo using the improved intraoral cervical plexus anesthetic
technique. Success of the technique was defined as no response on two
consecutive reading from an electric pulp test. The results demonstrated that following
unsuccessful anesthesia of a lower molar tooth with irreversible pulpitis, anesthetic
success was achieved in 60% of the patients who received the improved

intraoral
cervical plexus anesthetic technique with 2% Lidocaine 1:100,000epinephrine.
There was a significant difference (p<0.05) between the anestheticgroup and
the placebo group. We concluded that this technique could be used as an adjunct
to anesthetize inflamed lower 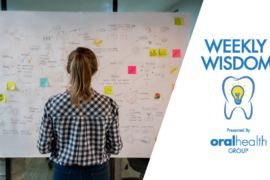