Add one story to the other and you get –

Apple has announced that iPhone 4S pre-orders passed the 1m mark in 24 hours, storming past the company’s previous sales record of 600,000 iPhone 4 buyers in a single day. Put up for sale last Friday, the initial stock of the iPhone 4S promptly ran out before the day was through, with shipping estimates slipping past the originally quoted October 14. Not only has the iPhone 4S set a new sales record for Apple’s smartphones, but for any hardware launch in the company’s history.
+


We definitely hope one day you can walk out of the house with
your phone in your hand — and nothing else,” said Marc Freed-Finnegan,
the company’s product manager for Google Wallet. It aims to digitize everything
in your pockets in coming years by collapsing all that paper, plastic and metal
into one device: the smartphone.

Our phones have replaced many
other once-common tools, from GPS devices (remember those?) to handheld gaming
consoles, point-and-shoot cameras, calendars, notebooks, newspapers and
portable music players.
Since the Apple iPhone debuted
in 2007 (it’s considered by most tech analysts to be the first true smartphone,
running apps and functioning as a pocket computer), technologists have been
cramming ever more functionality into these Swiss Army Knife-like gadgets.

To App or Not to App? A Mobile Resource For Your Patients
As consumers become more reliant on mobile devices, you may want to consider implementing a smartphone app that could drive traffic to your dental practice. Many dentists are already employing this strategy–don’t be left behind! From The American Academy of Cosmetic Dentistry. Visit www.dentalanywhere.com; http://www.dentiapp.com/; http://www.promeddevs.com/ – visit the sites, plug them in your browser and then use Stumblupon et al………what a world 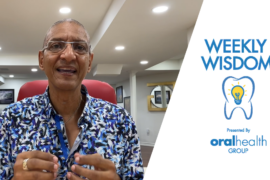