Should we be worried about our dental fillings? The material commonly used to fill holes in our teeth is half mercury,
a toxic substance. Most people in France are living with mercury
fillings, probably without even realising it. Doctors and patients are
increasingly critical of what are technically known as dental amalgam fillings, allegedly responsible
for certain neurological or auto-immune disorders, such as Alzheimer’s
disease. Dr Michèle Panetier, a dentist in Paris, stopped using mercury
fillings 15 years ago. “As a matter of precaution I would rather not use
them for my patients,” she says.

Some countries – Sweden last
year, and Norway,Denmark and Germany,have banned or restricted the use
of mercury fillings. But not France or the UK. The European commission is due to publish the findings of its review on dental amalgam fillings in March. In a preliminary report, published online in July, the company tasked with the study, Bio Intelligence Service, recommended phasing out mercury in dental care in Europe.

“Having
heavy metals in your mouth is a source of toxic substances, which for
some genetically predisposed patients may increase the risk of diseases
such as disseminated sclerosis,” says neurologist Bernard Aranda, who is
“on the whole in favour of a ban”.

“The first measure should be to ban [mercury] amalgams,” says Marie Grosman, a life science teacher, scientific adviser for the Non au Mercure Dentaire organisation and a member of the Réseau Environnement et Santé (RES) organisation. “We should pay attention to the materials dentists
are using in our mouths. Toxicity tests are needed to guarantee that
they are innocuous and compatible with our bodies. That would rule out
mercury immediately, which has several proven toxic effects. Yet it is
covered by the Social Security!” According to Grosman, “mercury passes
through the placenta because dental mercury is found in the umbilical
cord and in the developing child’s organs”.

A causal link between
exposure to dental mercury and the onset of disease is difficult to
establish, according to several organisations including WWF-France, RES
and Générations Futures. However, for those of you who have mercury
fillings it is preferable not to rush to the dentist’s to have them out.
“Careless removal can be more dangerous due to the amount of mercury
that may be released in a short time,” Grosman warns.

“France’s
40,000 dentists use it less and less for two reasons: the fuss about
mercury has made them cautious, but also for reasons of appearance,”
says Michel Goldberg, the spokesman for the French Dental Association (ADF).

A report published by France’s Healthcare Products Safety Agency (Afssaps)in 2005 concluded that mercury fillings were harmless. Three years later the health
minister Roselyne Bachelot assured France’s upper chamber that “the
amount of mercury released into the organism by a dental amalgam is very
small and well below the threshold at which toxic effects may be
observed”. She added: “We know of no proven cases of a patient having
suffered mercury intoxication due to dental amalgams.”

Nonetheless,
Afssaps recommends that mothers expecting a baby or breast-feeding, and
anyone with kidney problems should avoid mercury fillings. “There is no
health risk,” says Dr David Siarri, a Paris dentist, but at the same
time he admits that he uses “very few dental amalgams and only in
certain cases.”

So what are the alternatives to dental amalgams? Chemically neutral ceramic
inlays are the best solution, according to the experts. The problem, at
least in France, is that public health insurance coverage for this type
of treatment is very poor.

The other methods also entail health
risks. “More than 40 substances may enter into the composition of
alternative materials, which increases the potential risks of compounds
causing allergies, mutation, cancers and other disorders,” according to
the ADF inhouse magazine. “Resins release free monomers which may attack
your gums or dental pulp,” Goldberg says.

“Dental technology is
changing very fast. There is a lot of talk about fillings but we need to
be careful with all the materials used in dentistry,” says Siarri. So
what are we to do? “There is no universal solution,” Goldberg says. “The
real priority is to prevent dental decay.” 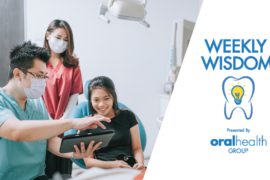