General Anesthesia – Safe or Not for Your Child’s Brain?

A recent article published in the New England Journal of Medicine (NEJM, March 9th, 2011), discusses the effects of general anesthesia on the brains of young children.

Researchers believe that it is very important to present and understand the possible long term neurological effects that general anesthesia has on the brain of children.

neonates, anesthetic drugs can have a negative effect on the cognitive development of the child.

The authors state that given the fact that several data is missing, it is quite difficult to standardize the entire problem,and offer a concrete and factual presentation.

However,there are several anesthesiologists who believe that the studies are quite relevant, and say that a special carefulness is needed when administering anesthetic drugs to pediatric patients.

Steven Ganzberg, DMD, MS who is a professor of clinical anesthesiology at the Ohio State University, admits that this issue poses indeed a problem for doctors who need to treat young patients. He further notes that anesthesiologists have to consider the fact that the impact of anesthetic drugs on young children is a long term impact; these behavioral changes may appear over the course of a lifetime, and not in an instant.

Therefore, he suggests that a doctor, who has to treat a young child, should definitely consider avoiding general anesthesia in the case of young patients, but only if the medical conditions permit that.

According to the same article published in the New England Journal of Medicine, several tests have been done on rodents.

These tests involved administering anesthetic drugs to them in a phase when brain development was at its highest peak. It has been observed that neuronal apoptosis and several functional deficits in later development occur.

However, the authors of the article state that there is a huge lack of concrete evidence that would strengthen the presentation even more.

The FDA is currently reviewing the entire issue, and most probably it will come up with some new findings, recommendations and rules. 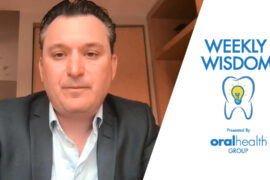