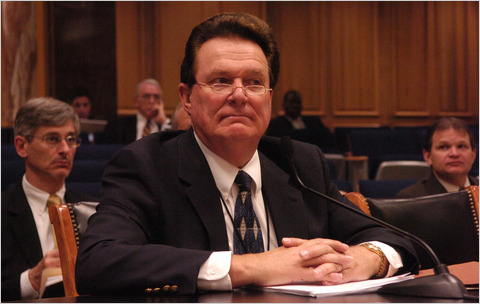 When should a news organization release the names of users
criticizing a government official?

That’s the issue raised by a lawsuit filed this month in which Steve
J. Theriot, the interim president of Jefferson Parish, La., and the
parish itself accuse anonymous Web commenters of defamation.

The
suit,filed on May 7,requests that Nola.com, the online home of
The Times-Picayune in New Orleans, release the names of 11 users it
accuses of malicious and defamatory statements. The comments, the suit
says, have caused “embarrassment and emotional suffering,” along with a
loss of personal reputation.

Among the comments is this one,
posted in January: “Theriot, just another Jefferson Parish politician
thug mobster trained by his mentor John Alario, dressed up in a facade
of respectability by a corrupt Louisiana Legislature.” John A. Alario
Jr. is a state senator from Jefferson Parish and a longtime fixture in
the State Legislature.

James O’Byrne, director of content for Nola.com, said that the paper
would fight to withhold the names.

There are cases in which the site would disclose names, Mr. O’Byrne
said; for example, if a commenter threatened someone’s life. But this
case is “fraught with peril,” he said. “I think the bar has to be set
pretty high when a government agency wants to use its legal power to out
its critics.”

Anonymous online comments have long been a problem at news
organizations, and many have been rethinking their policies. Some sites,
including Nola.com, require people to register before posting
comments.

Mr. O’Byrne said that his company had an “aggressive policy” on
moderating the comments, reading them all after they are posted. “It’s
an ongoing art form that we’re getting better at,” he said, “but it’s an
imperfect system.”

Cases involving anonymous commenters are now “where the action is in
libel suits,” said Lucy Dalglish, executive director of the Reporters
Committee for Freedom of the Press in Arlington, Va.

“People can be seriously damaged” by comments, Ms. Dalglish said,
though it would be a challenge for a public official to make that case.
“You don’t want just anybody to reveal who their commenters are for any
reason.”

Selwyn Family Dental in Bridgenorth is Looking For An Associate Dentist