Keeping up with the changing face of dentistry – it’s global….

From Dentistry IQ.com – from Jenny Waddington

DENTISTRY has changed massively over the past two decades, becoming more business-like than ever before, according to experts in Coventry and Warwickshire.

approach to the industry, to cope with rising dental costs and a change in people’s attitudes.

In Coventry and Warwickshire dentists are taking steps to move with the times – with one practitioner becoming the first to join the local Chamber of Commerce.

And Leamington’s Augusta Dental Centre has even appointed a former Harley Street cosmetic dentist who specialises in facial aesthetics – in a bid to keep up with demand and extend their services.

Sheila Glaze joined the company last month, bringing more than 20 years experience of general and cosmetic dentistry. “I think facial aesthetics is becoming more common these days,” said Sheila. “I trained in this field in the early days and when I qualified in 2002, it wasn’t as well-known.”

The practice,which was set up by Roy Dixon – who is the past president of the British Society for General Dental Surgery,now offers botox, restylane and peels for its clients.

Sheila added: “I believe it is vital that dentists step outside of the box in order to keep up with the changing face of the industry. I think a lot has to do with the way we now live. These days fewer people remain in the same job or with the same partner and are therefore reinventing themselves more. 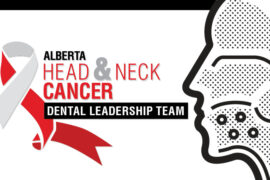