Contact: Laura Bailey, (734) 647-1848 or (734) 764-1552, baileylm@umich.edu
Erin Walsh, (781) 419-4707, ewalsh@ilgenetics.com
ANN ARBOR, Mich.—University of Michigan School of Dentistry  has signed an agreement with Interleukin Genetics Inc. to conduct what may be the largest clinical study to date using genetic testing to assess the risk for gum disease.
William Giannobile,professor at U-M dentistry and director of the Michigan Center for Oral Health Research at the School of Dentistry,will lead the study for U-M.
“It’s an exciting study because it’s a way to use genetic testing to personalize a dental treatment plan and the frequency of dental care visits of patients as it relates to oral care, ” said Giannoble. “It’s a way to customize patient care.”

“One of the goals of personalized health care is to detect disease earlier and prevent it more effectively,” said Kenneth Kornman, president and chief scientific officer of Waltham, Mass. based-Interleukin. The study will use Interleukin’s PST test as one part of a periodontitis risk assessment, said Kornman, who is also an alumnus of the U-M Dental School. Research has shown that genetics plays a large role in gum disease, and research also suggests that severe gum disease is a risk factor for other chronic disease complications such as heart disease or low birth weight.
U-M scientists will examine 15 years of patient clinical outcome data provided by a Michigan-based insurance company. Scientists will then recruit at least 4,000 of those patients and get their genetic information using the PST, Giannobile said.
They will combine this genetic information with two other common risk factors, smoking and diabetes, then measure tooth survival rates to see how those results lined up with the treatment plans people received over the 15 years. Some patients may have needed more dental visits, some may have required less, Giannobile said.
The PST genetic test works by identifying genetic variations that are predictive of severe gum disease and tooth loss in some patients. The test may be used on all ethnic populations and must only be given once in a lifetime to identify at-risk patients. Specifically, the test identifies genetic variants that regulate a protein that when overexpressed, is thought to be associated with destruction of soft tissue attachment and bone and increased severity of gum disease in certain patients.
Interleukin’s test can be used in dental offices and is available in all U.S. states including New York, which monitors the accuracy and reliability of results of laboratory tests and sets one of the highest accreditation standards in the country for genetic testing companies. The company hopes the study results establish reimbursement coverage for the test. The insurance company would not have access to any genetic information, Giannobile said. The information would allow the dentist to make a more informed treatment protocol.
An estimated 75 percent of American adults have some form of gum disease, and roughly 20-25 percent have moderate to severe cases which can lead to tooth loss. The year-long study begins in the fall.
For more on Giannobile: http://www.dent.umich.edu/pom/faculty/links/wgbio
MCOHR: http://www.dent.umich.edu/mcohr
Interleukin: http://www.ilgenetics.com/ 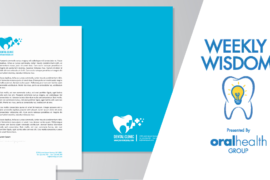