Now this is dental trauma REDUX, Dr. B. Made Off, DDS

As a followup to Catherine’s post………in the era of Bernie Q. Made Off, how could anyone remain this gullible……..by the by, I have some swamp land in FLA for sale…..and one of the perpetrators was a periodontist, nudge, nudge, wink, wink, say no more…all kidding aside, look up the Latin term, Nullius in Verba and “live by it”.

March 2, 2011A Canadian couple — both dentists — is being
investigated by the Ontario Securities Commission (OSC) for an alleged
$40 million Ponzi scheme.

Many of the victims of the scheme by
anesthesiologist Peter Sbaraglia, DDS,and periodontist Mandy Sbaraglia,DDS, were prominent dentists, according to an article in the Star.

According to the OSC’s Statement of Allegations,
“Sbaraglia, acting on behalf of CO Capital Growth, used investors‘
funds to repay other investors and to pay for his and his family’s
personal expenses and not for the benefit of CO investors. In addition,
Sbaraglia and his spouse received over $2 million as purported profits
earned by them in the Ponzi scheme.” 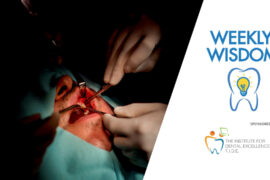 Paid Realize the Buried Income Hidden in Your Charts