So you think implants are the sine qua non of rehabilitation do ya?

Adaptability of mastication in people with implant-supported bridges
Grigoriadis A, Johansson RS, Trulsson M. Adaptability of mastication in people with
implant-supported bridges. J Clin Periodontol 2011; 38: 395-404.
Abstract
Objectives: We aimed to determine whether people with implant-supported bridges
in both jaws, thus lacking periodontal receptors, adjust jaw muscle activity to food
hardness during mastication.
Materials and Methods: Thirteen participants with implant-supported bridges in
both jaws and 13 with natural dentition chewed and swallowed soft and hard gelatinebased
model foods, while electromyographic (EMG) activity of the masseter and
temporal muscles was recorded bilaterally together with the position of the mandible.
Data were compared by using a mixed-design ANOVA model and a P-valueo0.05 was
considered statistically significant.
Results: The number of chewing cycles and the duration of the masticatory sequence
increased with food hardness in both groups, whereas vertical and lateral amplitude of
the jaw movements, and the jaw-opening velocity, increased significantly with food
hardness only for the dentate group. Although both groups adapted the EMG activity to
the hardness of the food, the implant participants showed a significantly weaker
increase in EMG activity with increased food hardness early during the masticatory
sequence than the dentate participants did. In addition, the implant group showed
significantly less reduction of muscle activity during the progression of the masticatory
sequence than the dentate group.
Conclusions: People with implant-supported bridges show an impaired adaptation of
the muscle activity to food hardness during mastication. We suggest that a lack of
sensory signals from periodontal mechanoreceptors accounts for the impairment. 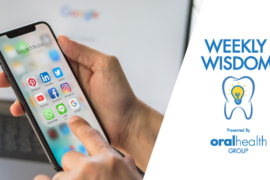