The Hidden Cause of Sinusitis in Seniors

Chronic sinusitis is a condition currently affecting approximately 13% of the Americans. On a yearly basis, there are $6 billion spent and 13 million visits made to the doctor because of this complaint.

Some patients get relief from treatment with antibiotics, while others simply have to accept it as a way of life, because it is very hard to find what is causing it.

According to studies led by the Ferguson group of otolaryngologists from the University of Pittsburgh Medical Center, the cause of sinusitis for patients for whom endoscopic surgery failed, was dental infection. The initial study involved looking at the situation of 5 patients for which surgery didn’t work.

Further, the offending infected tooth of these patients has been extracted,and the sinus symptoms have vanished.

Next,the group of researchers studied a sample of 186 patients who have been taken CT scans for sinusitis. The result was pretty much the same: the main cause for sinusitis has been dental infection.

Moreover, scientists also reported that in the cases where a greater amount of fluid in the sinus was noticeable, the diagnosis was even clearer that it was caused by an infected tooth. Severe sinus cases have been clearly caused by dental infection in 86% of the cases studied.

Therefore, it is suggested that CT scans should be given more importance, and should be more thoroughly examined, because there is a great chance that the sinusitis is caused by dental problems. Moreover, conventional dental testing is most often not enough when diagnosing a patient with sinus infection.

If you have been struggling with serious sinus infections, here are a few things to keep in mind: 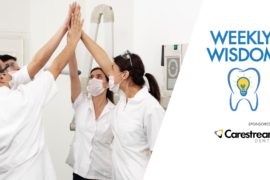