There is a god; we made the New York Times Sunday Review

IT’S become commonplace to criticize the “Occupy” movement for failing to offer an alternative vision. But the thousands of activists in the streets of New York and London aren’t the only ones lacking perspective: economists, to whom we might expect to turn for such vision, have long since given up thinking in terms of economic systems — and we are all the worse for it.
Enlarge This Image 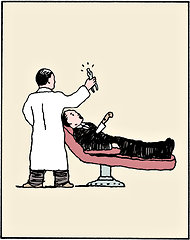 This wasn’t always the case. Course lists from economics departments used to be filled with offerings in “comparative economic systems,” contrasting capitalism and socialism or comparing the French, Scandinavian and Anglo-Saxon models of capitalism.

Such courses arose in the context of the cold war, when the battle with the Soviet Union was about showing that our system was better than theirs. But with the demise of the Soviet Union, that motivation disappeared. Globalization, so it is claimed, has created a single system of capitalism driven by international competition (ignoring the very real differences between, say, China and the United States). We now have an economics profession that hardly ever discusses its fundamental subject, “capitalism.”