It’s time to debunk the big myths that are keeping business owners and marketers on the social media sidelines. As with any new technology, social media has spawned its share of misconceptions and myths that keep people from interacting.

Wow, if I had a dollar for every time I heard this one….  Seriously, this myth keeps more businesspeople from interacting with potential customers through social media than any of the others.

The fun part is all you need is a little data to convince people that their target customers are indeed on social networks.

For instance, 80% of female Internet users have become fans of a product or brandon a social network site and 72% said they learned about a new product through social media.  As the graph here shows, more than half of Facebook and Twitter users are over 35, not to mention LinkedIn.

Social networking is a true cultural phenomenon, and there is no demographic that isn’t represented substantially on one or more sites. 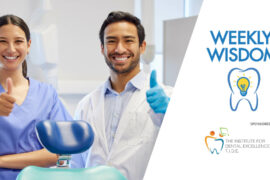 Weekly Wisdom: How to Build an Office Culture