Probably shouldn’t be doing this, but as a child of the 60’s, that doesn’t stop me –  the article below is relevant and salient and resonates with the recent  publication in the RCDSO oeuvre from Garisto et al.

Owner of Dentinal Tubules is a friend and if he minds, I’ll figure out an alternative. The article is worth going beyond the traditional confines of the size of a blog entry.


Sometimes we have to do things in life that we do not want or like to do, but just need to be done. Giving the dreaded ID block (inferior alveolar nerve block, IAN) is one such thing!  There is not one dentist I have ever met that actually enjoys giving them.

Most local anaesthesia ‘failures’ occur with IAN blocks, and although we know that in the majority of cases this is probably because we have not ‘hit the target’, that is sometimes easier said than done. That elephant trunk of a tongue, tiny mouth opening and volume of saliva like the Niagara Falls can all contribute to our downfall. Added to this, the fact that the highest chance and incidence of nerve damage can occur with IAN blocks stimulated me to look into this topic in more depth, including the alternatives. I contacted Professor Tara Renton, professor in oral surgery, King’s College London Dental Institute, who very kindly assisted me with this article.

Iatrogenic injuries to the third division of the trigeminal nerve remain a common and complex
clinical problem. Altered sensation and pain in the orofacial region may interfere with speaking, eating, kissing, shaving, applying make up, brushing teeth and drinking – in fact, just about every social interaction we take for granted (Ziccardi 2000). Usually after oral rehabilitation or high expense dental treatment, the patient expects to experience significant improvements, not only regarding jaw function, but also in relation to dental, facial, and even overall body image (Kiyak et al, 1990).

Injuries to inferior alveolar and lingual nerves are caused by local analgesia block injections and have an estimated injury incidence of between 1:26,762 to 1/800,000. Reports of incidences include 1:588,000 for Prilocaine and 1/440,000 for articaine IAN blocks which is 20-21 times greater than for lidocaine injections (Pogrel and Thamby, 2000; Haas and Lennon, 1995). ‘Perhaps every full time practitioner will find he or she has one patient during his or her career who has permanent nerve involvement from an inferior alveolar nerve block and there is no means of prevention’ (Pogrel and Thamby 2000).

These injuries are associated with a 34% (Pogrel and Thamby, 2000) and 70% (Renton et al in press) incidence of neuropathic pain, which is high when compared with other causes of peripheral nerve injury. A recent settlement of U$1.4 million dollars (Main USA) for lingual nerve injury caused by local analgesic IAN block highlights the recognition of the associated disability and social repercussions of these injuries.

If the nerve injury is temporary, recovery is reported to take place at eight weeks for 85-94% of cases (Smith and Lung 2006). IAN injuries may have a better  prognosis than lingual nerve injuries and if the duration of nerve injury is greater than eight weeks then permanency is a risk. However, the true incidence is difficult to gauge without large population surveys. The problem with these injuries is that the nerve will remain grossly intact, thus surgical exposure is not appropriate as one cannot identify the injured region. Pain management is necessary, as the unfortunate patient will have chronic neuropathic pain as a result of injury (Renton et al 2009 in press).

In the US, liability claims and malpractice suits are inherent risks associated with iatrogenic nerve injury (Venta et al 2000), and the reasons for avoidance of such injury are obvious. Iatrogenic nerve lesions may produce symptoms ranging from next to nothing to a devastating affect on quality of life. Only few studies, however, describe the range of neurosensory disturbance in terms of signs and symptoms related to impaired nerve conduction and neurogenic affliction (Hillerup and Jenson 2006), and there is a need for better standardisation and documentation of sensory deficits resulting from nerve injuries and their recovery (Zuniga et al, 1999). Due to the incidence of nerve injuries in relation to dental anaesthesia, warning of patients is not considered routine, and indeed in the UK these iatrogenic injuries are not considered negligent.

Nerve injury due to local anaesthetic is complex. It may be physical (needle, compression due to epineural or perineural haemorrhage) or chemical (haemorrhage or LA contents). Thus, the resultant nerve injury may be a combination of peri-, epi- and intra-neural trauma causing subsequent haemorrhage, inflammation and scarring resulting in demyelination (loss of nerve lining – Pogrel et al, 2003).

There may be elements of direct mechanical trauma by the needle (Pogrel et al, 2003), which has been the focus of most papers – no matter what type of bevel or indeed the method used for LA application. Some authors infer that the direct technique involving ‘hitting’ bone before emptying cartridge and withdrawal of needle may cause additional ‘bur’ deformation at the needle tip, thus ‘ripping’ the nerve tissue (Pogrel et al, 2003). Only 1.3-8.6% of patients get an ‘electric shock’ type sensation on application of an IAN block, and 57% of patients suffer from prolonged neuropathy having not experienced the discomfort on injection, thus this is not a specific sign. Also 81% of IAN block nerve injuries are reported to resolve at two weeks post
injection (Hillerup and Jenson 2006).

Chemical nerve injury may also be related to specific chemical agents (Loescher and Robinson, 1998) and the loc
al anaesthetic components – the type of agent, agent concentration, buffer, preservative. The variety of local anaesthetics available in the UK include 2% lidocaine, 2% mepivacaine, 3% mepivacaine, 3% prilocaine, 4% prilocaine and 4% articaine. It may be that the concentration of the local anaesthetic agent relates to persistent neuropathy. This is based on evidence provided in studies by Johnson et al 2002, where increasing concentration of local anaesthetic agent significantly affected the survival rate of neurons in vitro. Epidemiologically, several reports have highlighted the increased incidence of persistent nerve injury related to IAN blocks with the introduction of high concentration local anaesthetics (prilocaine and articaine both 4%). Haas and Lennon (1995) reported that Articaine was causing 21 times more nerve injuries in Canada when compared with lower concentration drugs. Hillerup and Jenson (2006) reported similar findings in Denmark, Pogrel in the USA and more recently in Canada (Haas 2009).
To clarify, it may not be the agent itself that can cause the problem, but the higher concentration used, ie 4%.

Articaine is an amide analgesic that was introduced to dentistry in 1998, although lidocaine (also an amide analgesic) remains the gold standard in the UK.
Articaine has been the most widely-used local analgesic in many countries for more than 20 years (Oertel et al, 1997; Malamed et al, 2000a, 2001). It is said to have a number of advantages, namely: low toxicity subsequent to inadvertent intravascular injection (Oertel et al, 1997) that may be due to the rapid breakdown to an inactive metabolite (articainic acid), rapid onset of surgical analgesia (2.5 =/-1.1 minutes) compared with conventional lidocaine (Rood 1978), and better diffusion through soft and hard tissue (Simon et al., 1998).

The conclusion drawn is that articaine is a safe and effective local anaesthetic for use in clinical dentistry (Malamed et al, 2001; Haas and Lennon, 1995).There is, however, some concern with regard to using articaine for inferior alveolar and lingual nerve blocks (Pedlar 2003; van Eden and Patel, 2002; Haas and Lennon 1995).

A persistent altered sensation may be due to the high concentration of the local anaesthetic – however the technique cannot be excluded as the cause for nerve injury (Haas and Lennon, 1995).
Another report suggests that it is the type of anaesthetic that dictates the degree of inflammatory reaction to local anaesthetic. Lidocaine is the least irritant, followed by articaine, mepivacaine and
bupivacaine (Riberio et al, 2003). The components of septocaine only differ in the active local analgesic content and concentration and it is not yet conclusive whether this agent is more likely to induce permanent nerve injury.

Many practitioners may report using articaine for ID blocks successfully without nerve injury and this may be dependant on their technique (not injecting too close to the nerve), however this practice cannot be standardised.

The persistence of any peripheral sensory nerve injury depends on the severity of the injury, increased age of the patient, the time elapsed since the injury and the proximity of the injury to the cell body (the more proximal lesions have a worse prognosis). Many authors recommend referral of injuries before four months (Hegedus & Diecidue 2006) but this may be too late for many peripheral sensory nerve injuries. We now understand that after three months, permanent central and peripheral changes occur within the nervous system subsequent to injury that are unlikely to respond to surgical intervention (Ziccardi 2000). However, once local anaesthesia damage to the lingual or inferior alveolar nerve has occurred, there is no therapy that will hasten natural resolution from the injury.

The product information sheets also state that resolution usually takes place within two weeks (Septodont website: http//www.septodont.co.uk/Articaineuk/prescribing/spc1hundred.html). Due to this concern,  inferior alveolar nerve blocks using lidocaine remain standard care, even though the European Union’s Pharmacovigilance Working Party (2006) states: ‘The safety of the drug
(articaine) has not significantly evolved since its initial launch. Thus no medical evidence exists to prohibit the use of articaine according to current guideline characteristics.’

Many authors recommend that the decision to use articaine for an IAN block should be based on risk benefit. There is no current evidence that shows articaine IAN blocks to be more beneficial to patients when compared with lidocaine IAN blocks. Several studies have evaluated the
comparative efficacy of articaine and lidocaine, using conventional IAN blocks, and reported that neither is more effective (Mikesell P et al 2005). Thus, if the risk of nerve injury for articaine is greater, then using this agent for IAN blocks should be avoided. With regard to oral surgical procedures, articaine is reported to be efficient in pain relief during and post apicectomy procedures using conventional IAN block injections (Meechan and Blair 1993). Alternatives to IAN blocks have been suggested for implant surgery (Heller and Shankland 2001) and it is becoming routine practice for orthodontic extraction of premolars and restorative treatment of premolars and molars in adults using articaine local analgesic infiltrations rather than IAN blocks. But so far, there is limited clinical evidence for avoiding IAN blocks using articaine infiltrations for mandibular dentistry and oral surgical procedures. However, articaine’s increased effectivity may preclude the necessity of administering a block in many patients, thus further preventing nerve injuries.
Prevention of LA nerve injuries is possible. It has become routine practice for paedodontic extraction of premolars using infiltrations, and many practitioners are routinely undertaking restorative treatment of premolars and molars in adults using LA infiltrations rather than IAN blocks.

By avoiding IAN blocks there is less risk of injury to the lingual and inferior alveolar nerves,
which, though rare, is debilitating to the patients and has no cure. Also, infiltrations provide more localised and shorter lasting anaesthesia, which is of benefit to the patient.As long as there is no history of allergy, we believe that anyone fit enough to walk into a dental surgery is suitable for administration with one or two cartridges of lidocaine and adrenaline using an aspirating syringe for IAN blocks but dose limitation is advised for some patients. Articaine can also be used for infiltrations (in some cases avoiding IAN block injections). Avoid adrenaline for those with severe dysrhythmias and unstable angina, but these patients are unlikely to present at a  practice for dental treatment. 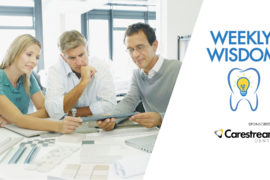