Researchers have recently published a study that analyzes the effects that periodontal disease and tooth loss have on the decline of cognitive abilities.

The outcome determined that there may be a link that will undoubtedly give patients and dentists a cause for increased effort associated with a person’s dental health.

The researchers went through male veteran’s dental records that had been part of a dental study that was conducted by the VA during the 1960’s and the 1970’s. Then they compared them to tests of cognitive ability that the veterans were subject to. The tests, one a spatial copying test and the other the Mini Mental State Examination, were administered along with dental and medical exams every 3 years.

The result was that for each of the teeth that were lost every 10 years, the risk of test results that were deteriorated from the cognitive assessments increased 2 percentage points. On average the people who still had all of their natural teeth performed much better than those who had suffered tooth loss and those who had more cavities typically did poorly on the tests.

One of the doctors who conducted the study thinks that it was the inflammation that was the likely cause of these problems. Periodontal disease, which is deeply associated with cavities and tooth loss, introduces inflammatory proteins into the blood.

There has been other medical research that has already linked higher levels of inflammation with a decline of cognitive ability and with other diseases including Alzheimer’s disease.

Although the association between cognition, disease of the gums,and the loss of teeth hasn’t yet been clearly defined,the circumstantial evidence is building. These are even more reasons than ever for you to take good care of your natural teeth and make sure they stay healthy and strong for the years to come.

Flossing and brushing every day goes a long way to achieving that goal, as well as regular visits to your dentist’s office. There, your dental team can create a customized plan to keep gum disease and tooth loss at a minimum. 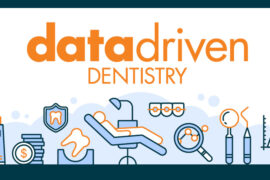