ScienceDaily (Sep. 10, 2010) — For most people, wisdom teeth are not much more than an annoyance that eventually needs to be removed. However, a new study appearing in the Sept. 17Journal of Biological Chemistry shows that wisdom teeth contain a valuable reservoir of tissue for the creation of stem cells; thus, everyone might be carrying around his or her own personal stem-cell repository should he or she ever need some.

Groundbreaking research back in 2006 revealed that inducing the activity of four genes in adult cells could “reprogram” them back into a stem-cell-like state; biologically, these induced-pluripotent stem cells are virtually identical to embryonic stem cells,opening up a new potential avenue for stem-cell therapy whereby patients could be treated with their own stem cells.

However,despite their promise, making iPS cells is not easy; the reprogramming efficiencies

are very low and vary among the cells that can be used for iPS generation and thus require good amount of “starter” cells — which might involve difficult extraction from body tissue (unfortunately skin cells, the easiest to acquire, show very low reprogramming efficiency).

Now, a team of scientists at Japan’s National Institute of Advanced Industrial Science and Technology may have found an ideal source: third molars, commonly known as wisdom teeth.

The soft pulp inside of teeth contains a population of cells known as mesenchymal stromal cells that are similar to cells found in bone marrow, a common stem-cell source. However, unlike bone marrow, tooth pulp is more easily obtained, especially in wisdom teeth, which most individuals have removed anyway.

The researchers, led by Hajime Ohgushi, collected tooth samples from three donors and managed to generate a series of iPS cell lines following the similar procedure of activating three key genes (however, in another beneficial change they did not have activate the c-MYC gene which might lead the cells to become cancerous).

The different cell lines displayed varying degrees of robustness but in some cases proliferated quite well, up to 100 times more efficiently than typical skin-cell-derived iPS cells. The molar-derived cells also could differentiate into many other cell types including beating The presence of a supply of MSCs in wisdom teeth could have meaningful therapeutic ramifications. As noted by the researchers and others, wisdom tooth extraction is a common medical procedure in developed nations and, thus, creates a perfect opportunity to remove biological material in a sterilized setting; the teeth subsequently can be frozen and stored for many years until needed. In the meantime, that also provides time for researchers to better understand the details of iPS creation to further increase the efficiency for clinical use. 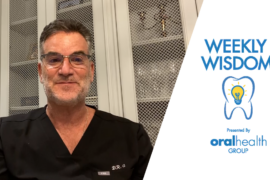