Dentsply Sirona, The Dental Solutions Company™, announced the addition of internationally recognized fitness instructor and founder of Tae Bo® Fitness Billy Blanks® to the agenda of health and fitness activities occurring at SIROWORLD in Orlando, Florida.

Blanks is set to instruct an exclusive one-hour Tae Bo course for SIROWORLD attendees at the Rosen Shingle Creek Resort on Saturday morning, Aug. 13. This activity is offered for all attendees- from the fitness junkie to the attendee who wants to try something new and out of his/her comfort zone.

After working up a serious sweat, SIROWORLD attendees can learn about Blanks and his ascent to the top of the fitness hierarchy during his 30-minute breakout session on Saturday afternoon.
Spearheaded in 1992, Tae Bo Fitness is known as “America’s original full-body workout.” It is a fun and energetic martial arts workout regimen composed of lower body movements and boxing, hence the term “Tae” (a Korean term meaning foot or leg) and “Bo,” which is short for boxing. Tae Bo is described as more than a workout, but rather a life mantra. 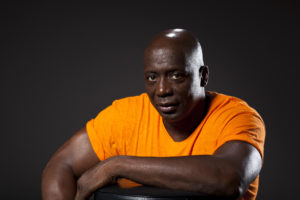 Blanks has devoted himself to helping others obtain a healthy lifestyle through his Tae Bo training. In addition to instructing here in the states, he travels around the globe training various groups of people, including the U.S. Armed Forces stationed in the Middle East and Africa.

Though known as a fitness superstar today, Blanks was not always the epitome of health. Suffering from severe hip and joint issues as a young child, Blanks and his coaches were skeptical he could overcome his clumsiness and become a successful athlete within the realm of contact sports. At age 11, he participated in his first martial arts class and quickly acquired a mastery of the sport, against all odds. The rest is history. 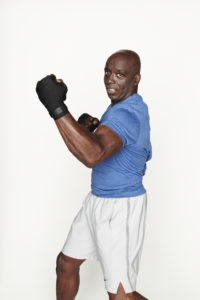 Some of the many accolades Blanks holds under his “black” belt include the first Amateur Athletic Union Champion (of which he won five times), an eighth-degree Black Belt in Tae Kwon Do, Black Belt in five other Martial Arts categories making him a Grand Master, seven-time world Karate champion and he has captained the U.S. karate team.

Not only does Blanks encourage physical improvement, but he is active within the community and founded the Billy Blanks Foundation, which he and his former wife established in 1999. This foundation is dedicated to helping high-risk individuals build the necessary skills to achieve their full potential professionally and personally.

Don’t miss your chance to train with and learn from Billy Blanks himself at SIROWORLD! Registration for the ultimate dental meeting is still open and doctors can register for $1,995, while staff/spouse/guest/technicians registration is $1,195. Other registration types are available as well. 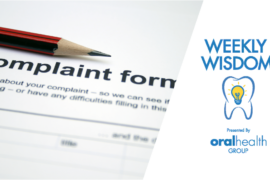