Founder of Virgin Group and branding expert will enamor event attendees during the largest meeting in digital dentistry.

Branson, who is listed on the Forbes “World’s Billionaires” list, will engage the SIROWORLD audience with his tale of success, technological innovations, philanthropic efforts and the conflicts and triumphs of his journey.

Branson’s rise to prominence in the early 1970s is credited to his start as a mail order record retailer, which led to the founding of Virgin Records. Virgin Records went on to sign household names from the Sex Pistols to The Rolling Stones and became the biggest independent label in the world. 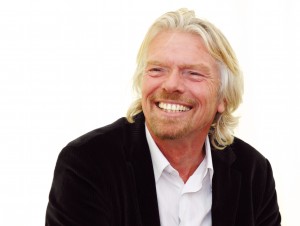 Branson has found entrepreneurial ways to provoke positive change in the world. In 2004, he established the non-profit foundation Virgin Unite to tackle tough social and environment issues, and strives to make business a force for good.

Such technological strides make Branson the ideal candidate to electrify a crowd of technology-driven individuals who have gathered to gain further insight into technology and how it continues to shape the world we live in.

SIROWORLD is Dentsply Sirona’s three-day educational event in which thousands of attendees are expected to gather to attend inventive breakout sessions, benefit from copious networking opportunities and relish in the astonishing entertainment planned throughout the event.

For a limited time, sign up now for SIROWORLD for Super Early Bird specials. Doctors can now register for $1,495 (a savings of $500) and staff/spouse/guest/technician registration is just $895 (a savings of $300). Plus, all staff/spouse/guest/technician registration is buy two, get one free! Register now at www.siroworld.com to attend the largest meeting in digital dentistry.

About Dentsply Sirona
Dentsply Sirona is the world’s largest manufacturer of professional dental products and technologies with a 130-year history of innovation and service to the dental industry and patients worldwide. Dentsply Sirona develops, manufactures and markets comprehensive solutions, including dental and oral health products as well as other consumable medical devices under a strong portfolio of world-class brands.  As The Dental Solutions Company™, Dentsply Sirona’s products provide innovative, high-quality and effective solutions to advance patient care and deliver better, safer and faster dentistry.  Dentsply Sirona’s global headquarters is located in York, Pennsylvania, and the international headquarters is based in Salzburg, Austria. The company’s shares are listed in the United States on NASDAQ under the symbol XRAY.  Visit www.dentsplysirona.com for more information about Dentsply Sirona and its products.