3D Technology In The Dental Practice

Introduction
The last few years a plethora of 3D technology seems to have inundated the dental market(Fig. 1). Whereas the initial efforts to 3D scan the dentition of a patient or to convert dental impressions or study casts to 3D digital models appealed mostly to the 3D cognoscenti, current technology and end-users seem to have reached a mainstream level that facilitates the rapid flourishing of new appliances and services that deliver a digital 3D model of the patient’s cast, impression or teeth. All technology providers tend to emphasize the conjectural chair-side time benefits when converting to digital technology. Albeit the prospect of increased remuneration through cost decrease seems to form an inspiring impetus for the less procedurally inclined practitioner, several aspects of converting to 3D digital technology such as clinical accuracy, end-result quality, and total-cost-of-ownership have never been clearly established. 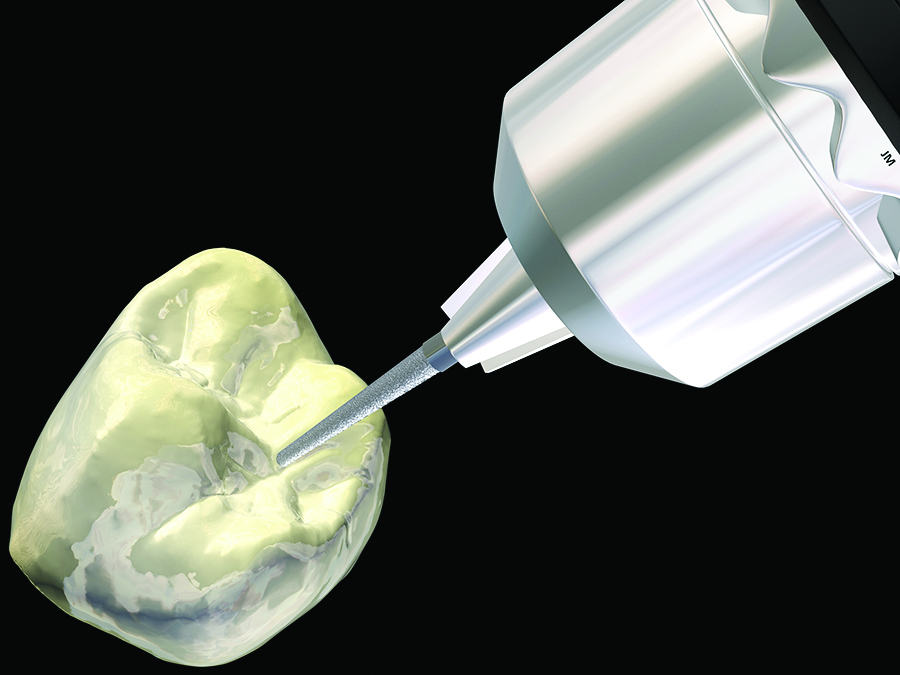 The following article offers an overview of the different technologies available to the clinical practice and how they, once combined into a 3D digital workflow, can have an enormous impact on the dental professional’s work.

3D Workflows
Francois Dure provided the first description of a completely 3D digital workflow (Fig. 2) for producing a dental crown in 1974. In his thesis, “Empreinte Optique”, he described the use of an intra-oral scanner to replace the traditional impression and proposed using a computer for the design and a milling machine to produce the crown. The concept was realized by Dr. Werner Mörmann (dentist) and Marco Brandestini (electrical engineer) in 1980. Sirona Dental Systems introduced the first commercially viable CAD/CAM system for the fabrication of dental restorations in 1987 (Birnbaum NS, Aaronson HB, 2008). The basis for the Cerec system (Fig. 3) was, and still is, a 3D intra-oral scanner connected to computer for designing a dental restoration and a milling machine for the chairside production of dental restorations from commercially available blocks of ceramic material. 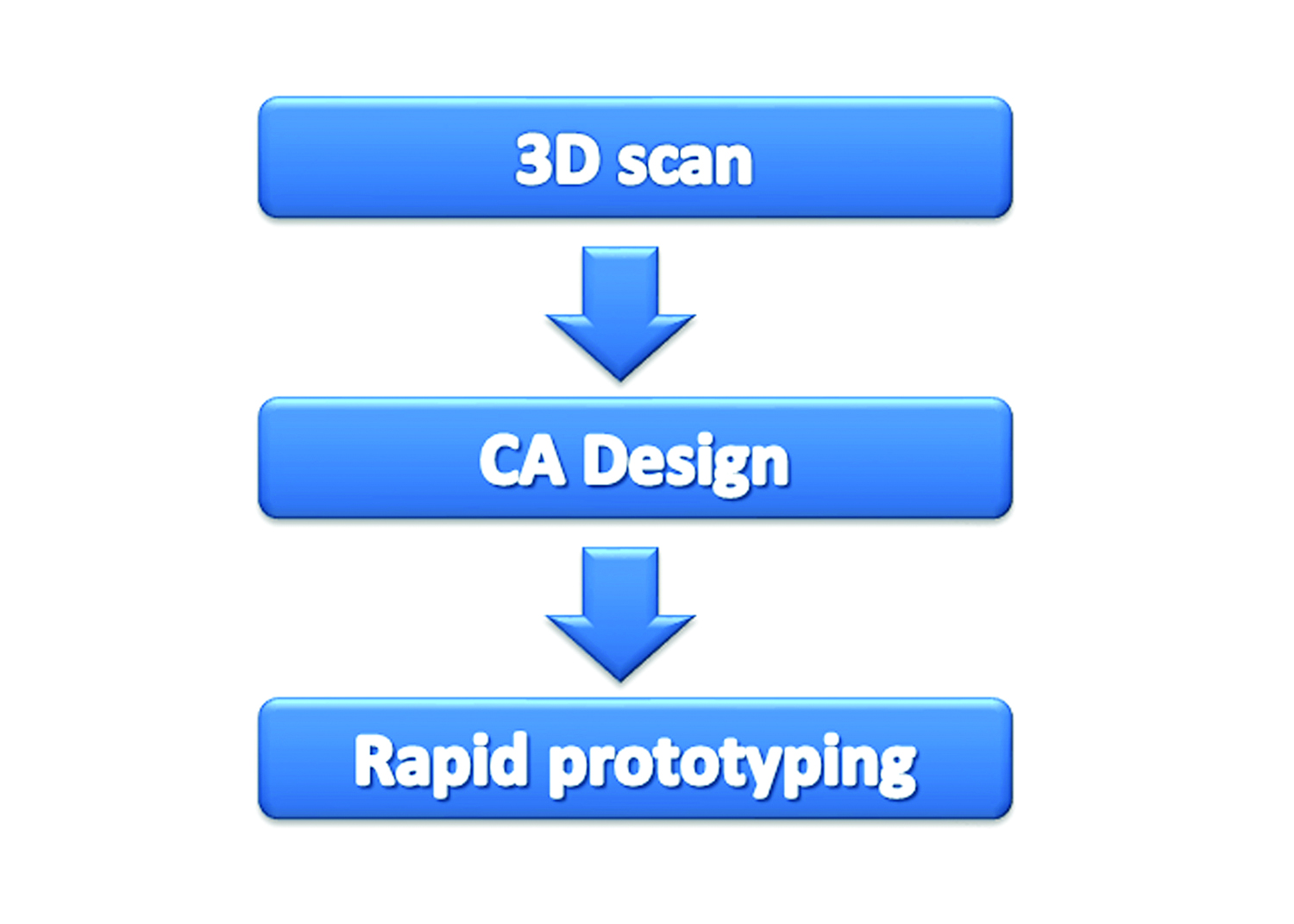 Established industry 3D workflow for the purpose of rapid prototyping. 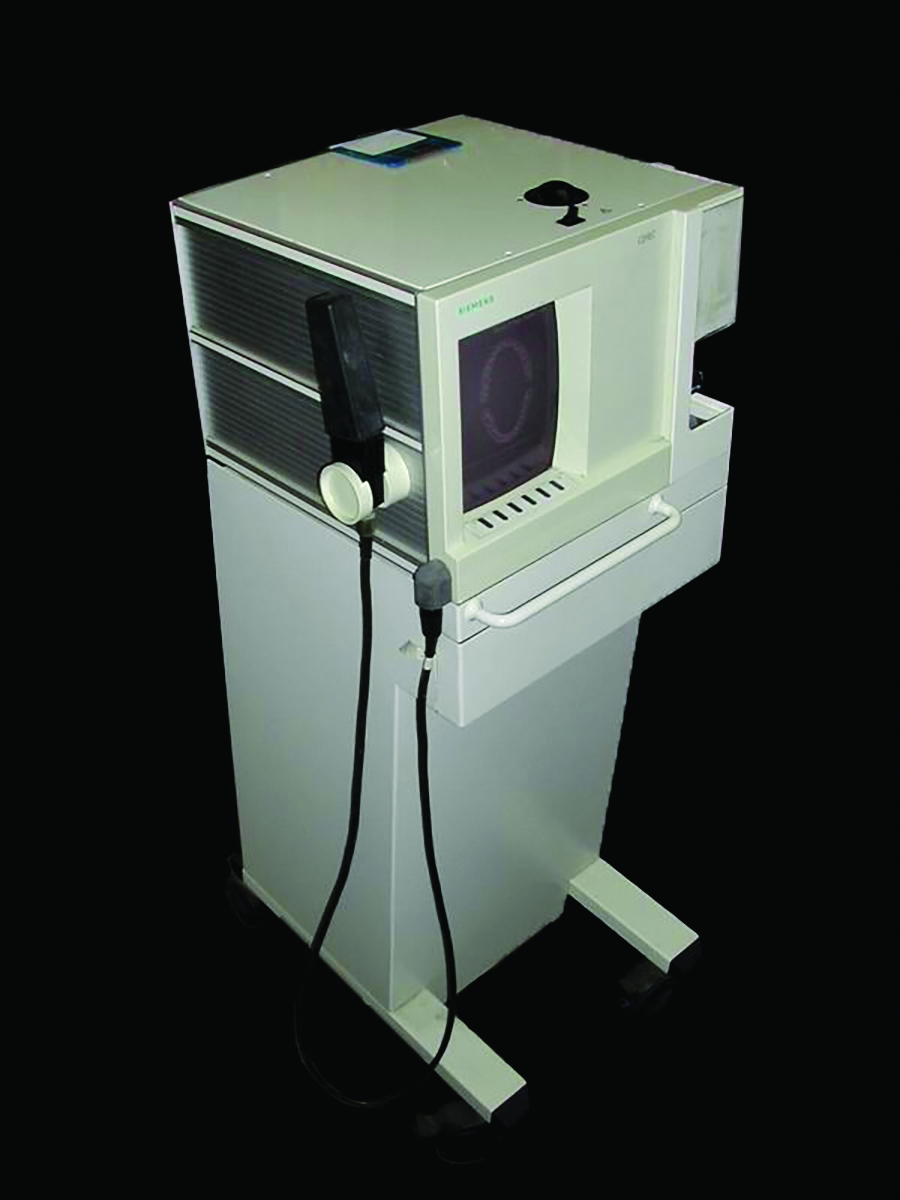 This process mimics the 3D workflow which industry uses to make single unit products for design or testing purposes, typically consisting of a 3D acquisition phase, a computer aided design phase and a rapid prototyping phase (essentially the process described by Duret in the 1970s). In dentistry, the 3D acquisition is via the intra-oral scanner. Today, most of the systems are clinically proven for manufacturing single unit restorations and small bridges. Most also have difficulty in scanning a full dental arch because scanners generate small 3D patches of the total surface that must be stitched together to produce a 3D model of the full dentition.

Even though 3D scanners have proliferated, the scanning process remains similarly cumbersome as traditional impression-taking since all depend on optical systems that must “see” the margin of the preparation, requiring the operator to employ retraction cords and rigorous moisture control.

Computer Assisted Design
Once the digital impression is completed, the model is imported into 3D software to plan treatment and/or design a treatment guide. The software allows the design of temporary or definitive restorations. This behind-the-scenes planning and design is most likely done by the dental technician/technologist rather than the dentist. An important exception is the CEREC system software which has been developed to enable a quick and efficient chairside design and production of a crown or bridge.

Rapid Prototyping
The manufacturing of 3D-designed products can be done with either 3D milling machines or with 3D printers (Figs. 4 & 5). The advantage of 3D milling is that almost any material can be used for the milling and that many biocompatible materials are available for this purpose. The downside of 3D milling is that more than 70% of the block is milled away as waste material. The advantage of 3D printing is that there is little wasted material but until recently there were few biocompatible 3D printable materials. Until recently, 3D printer resolution and printing speed were also significant drawbacks. A chairside 3D printer crown or bridge simply took too long to produce. 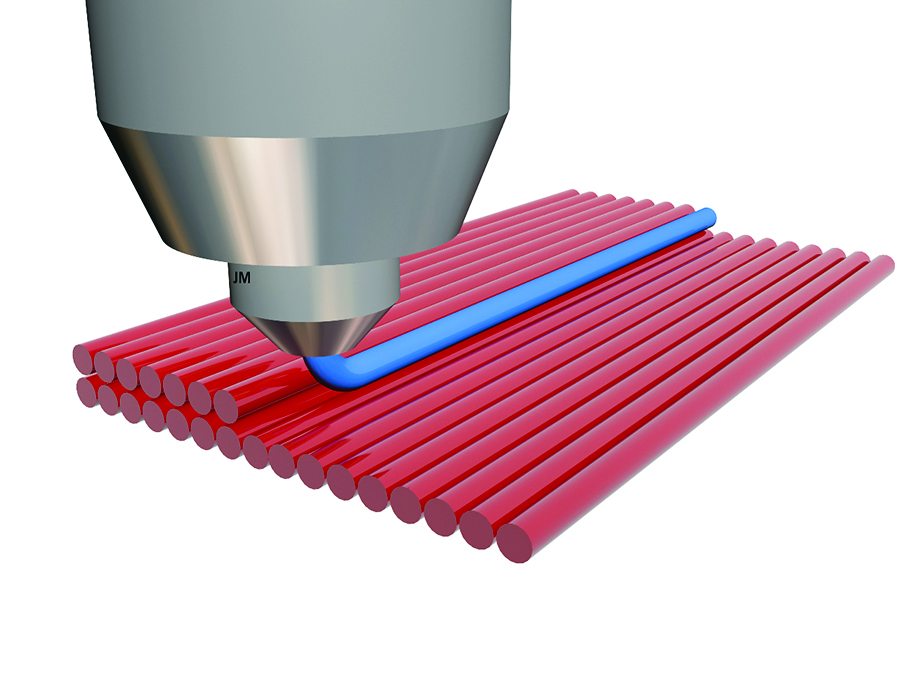 In DLP and SLA: resin is
light cured, layer-by-layer by a light-source under the transparent resin container.

The Tipping Point
A “tipping point” is a critical point in an evolving situation that leads to a new and irreversible direction. In the case of digital impressions, the tipping point would mean that almost all dentists would convert to digital impression taking in a short period of time. In order for this to take place, a digital device that is able to scan the hard tissues (teeth and alveolar bone) without being affected by moisture or soft tissues is required. It should be able to scan the margin of a crown preparation while “looking through” the gingiva (Fig. 6), making the use of retraction cord superfluous. One of the technologies which shows great promise in this respect is high frequency ultrasound (HFUS). The first devices have already been developed¹ and they proved to be useful in detecting early caries² and for monitoring periodontal health³ as well. Moreover, these devices are also able to scan crown preparation margins that are hidden by gingiva4. It is also possible to produce a crown on a digital HFUS impression. At this moment, the crowns appear to show a less accurate fit compared to optical intra-oral scanners5, but it can be expected that FHUS devices will improve significantly within a few years. Another option is the use of different transmissive technology such as MRI. Even though no MRI machines have specifically been designed for the dental field, the use of MRI as an imaging tool in dentistry has been studied extensively. One of the interesting applications of MRI is dental impressions. In one study a combination of an MRI machine anda coil (Fig. 7) was used to produce the impression for a bridge in a patient6. Even though such findings form the starting point for exciting new developments in our field, it will take quite some time before special dental MRI machines can enter the market and the practice. 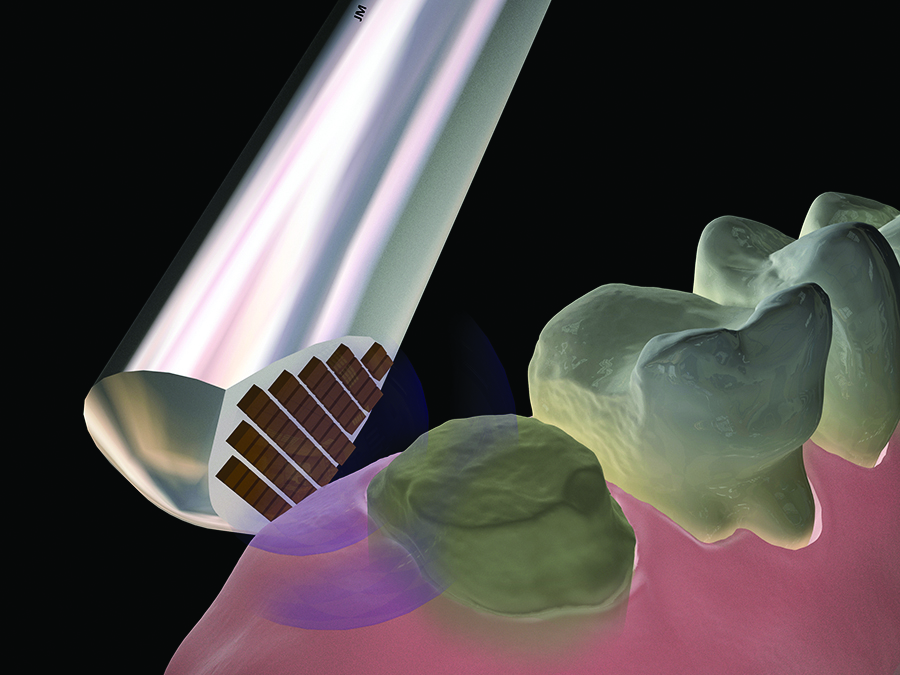 For the ultrasound waves, the gingiva is slightly transparent, enabling sub-gingival imaging of the margin of a crown preparation. 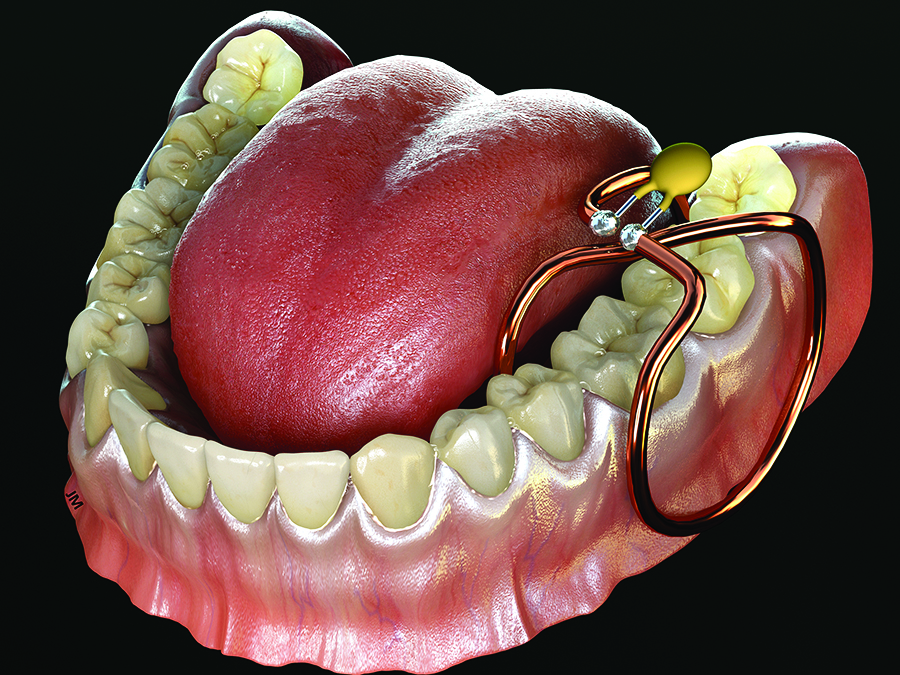 With the aid of an intra-oral coil, it is possible to obtain a high-resolution image of a specific part of the mouth.

For rapid prototyping, the tipping point would be an affordable machine that can be easily operated and is able to produce a biocompatible component chairside, fast enough for direct application in the patient’s mouth. These machines are now entering the market. The Dutch company “NextDent” has introduced a series of biocompatible resins with different mechanical properties that can be used in DLP and SLA 3D printers. The “3D systems” company has acquired “NextDent” and has recently introduced an affordable 3D printer for the dental market (Fig. 8) that can produce biocompatible products at higher speeds, allowing a chairside 3D-printed temporary crown in 25 minutes. 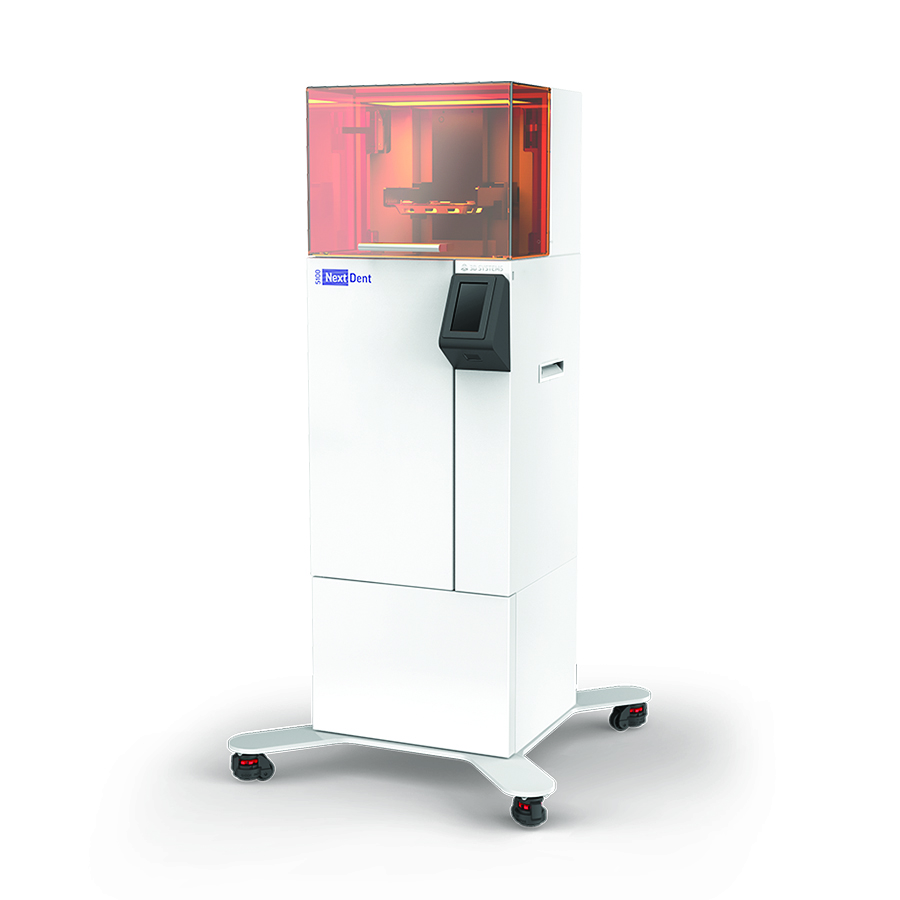 The Future?
When trying to prognosticate the effects of 3D technology, it is important to realize that technological changes are typically exponential. In the beginning, development seems extremely slow, but after a tipping point increases speed, and then progresses exponentially. The best example is “Moore’s Law” (Fig. 9) describing the processing power of computer chips. If this development speed is projected on to dental practices and combined with the developments in 3D technology, the scope of how dentistry will change in the near future is almost unimaginable. It is certain that digital impression-taking and 3D printing will soon become commonplace, making dental practice easier and better. Looking slightly into the future, new imaging technologies will make it possible to subjectively grade caries, the periodontium and soft tissue problems. One concern is that if these conditions can be assessed subjectively, dental auxiliaries can perform check-ups and a dentist is only needed in cases where the data interpretation is inconclusive. Taking this one step further, a robot could also perform routine dental check-ups and humans would no longer need to be involved, as even the interpretation of the data can be performed by the artificial intelligence of the robot. Robots are already being tested for the automated placement of implants7 but will be capable of performing more complex fine-motor tasks (crown and bridge preparations) in the future. The dentist of the future will be both doctor and engineer and will be responsible for head and neck as part of the complete human body. 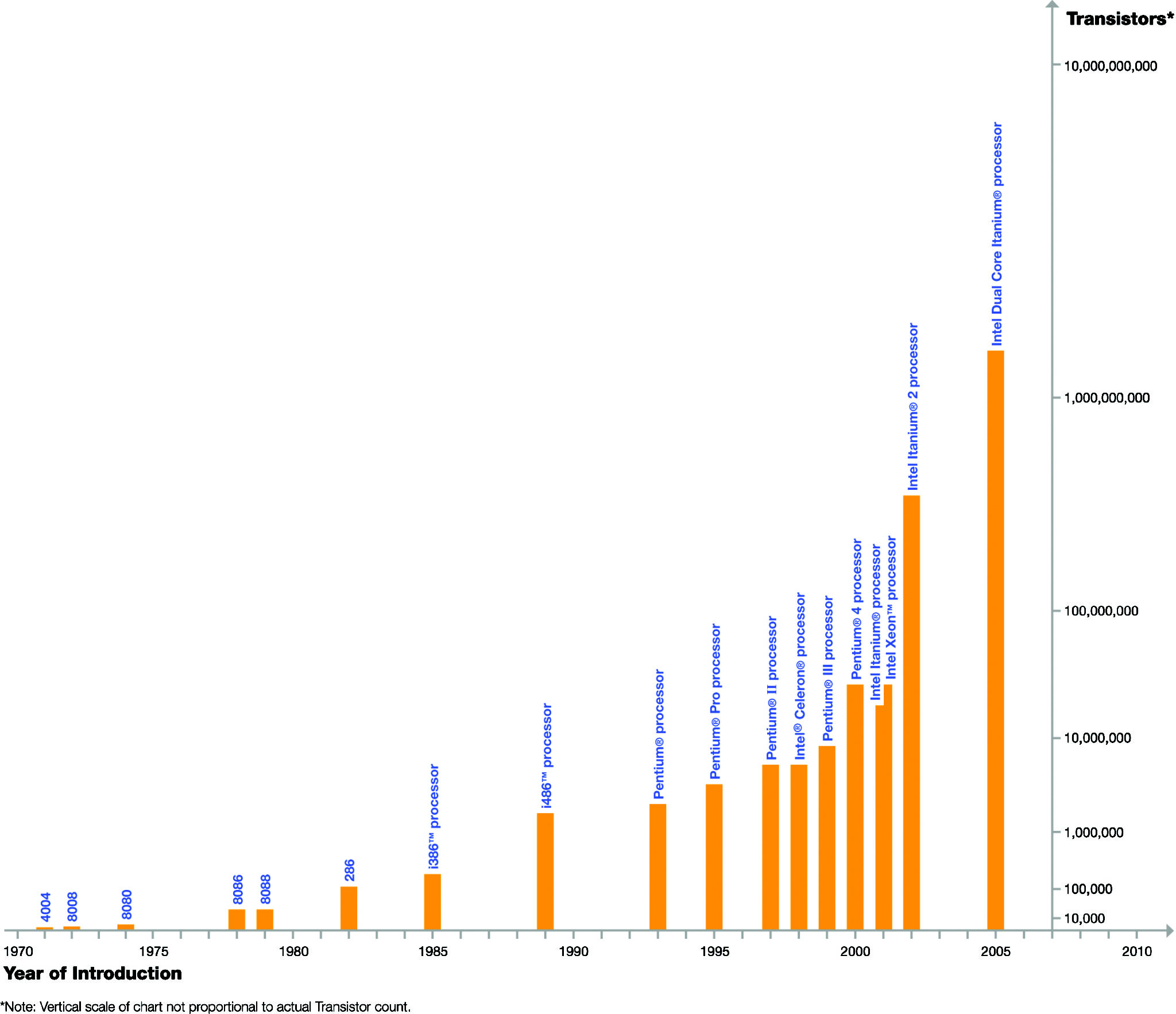 Today’s dental education is based on the traditional dentist profile, one that will dramatically change in the near future. For the educational institutions, the challenge is to look 10-20 years ahead, and modify the dental education to meet those future needs and demands. It is essential to train new practitioners to be the dentists of a rapidly changing future.

W. Joerd van der Meer’s expertise is in 3D technology and he has a PhD in “3D digital workflows”. He is Assistant Professor in Orthodontics, University Medical Centre of Groningen, and co-program leader, Kolff Institute for Biomedical Engineering and Materials Science, where he specializes in the clinical applications of 3D technology (Cone-Beam CT, 3D scanners, 3D preoperative surgical planning and 3D printing), and Honorary Research Associate, University College of London Eastman Dental Institute.
Yijin Ren, is Head of the Department of Orthodontics at the University Medical Center Groningen (UMCG) and Director of the W.J. Kolff Institute for BioMedical Engineering and Biomaterials. She is active in downward translational research in biofilms and biomaterials and clinical applications of 3D imaging and printing techniques. Dr. Ren has published numerous peer-reviewed articles across different disciplines, and she has an active practice at UMCG. 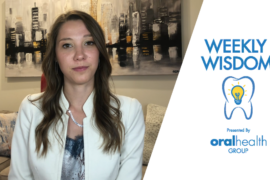