At the Root: You Never Forget Your First 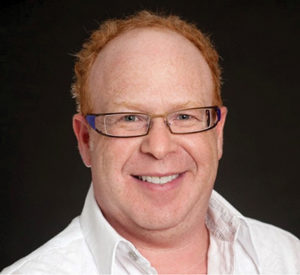 By Dental tradeshow standards, arguably within North America, either the Chicago Midwinter Dental Meeting, or the Greater New York Meeting would be the largest. In Canada, most likely the Pacific Dental Conference is the largest. Imagine if you will, five buildings, each having the size of tradeshow floor as the North American ones do. Except, each of the five buildings has at least two floors, and two have three! That would make approximately twelve times the size of the largest North American trade shows! This was my first, “Oh my!” realization. IDS, or the International Dental Show, is something that occurs once every two years in Cologne, Germany. It was my privilege to attend this year’s event as part of Oral Health’s press team. We were three out of one hundred and fifty-five thousand attendees.

So getting to Cologne from Frankfurt was effortless! A 300km/hr speeding bullet train got us there in under an hour. Not knowing exactly where my hotel was in relation to the train station in Cologne was more of a challenge. We walked out the exit and got into a taxi. We gave her the address and she proceeded to drive us muttering to herself in German. Here’s the thing, had we exited the station on the other side, our hotel was literally 100 feet outside the station! Why she didn’t tell us that and continued to take us on our 30-second ride was our first of many laughs on this journey!

This dental trade show is like no other in the world. This is where all the new innovations are usually unveiled. As part of the press, we are invited to all the press conferences. Press from all over the world were present and treated to something like a Hollywood screening event complete with spot lights, music, food and beverage, and of course a swag bag for the attendees. We were also invited to extravagant dinners, like the one we went to for 1500 people. Crazy! It was like a Hollywood red carpet extravaganza!

This year’s focus for IDS seemed to be innovation in the area of digital dentistry and laser technology. Just about every dental company was there, and if they were launching a new product it was either, a new digital scanner, a new milling unit, or a new hard tissue laser. The other innovation was 3D printers. Already, these printers are fabricating nightguards, surgical guides, and of course study models. The popular belief at IDS is that 3D printing of fillings is around the corner.

Looking back on the last 10 years of private practice, the way we do dentistry has certainly been changing at a much more rapid pace than ever before. Is innovation good for us? Of course it is. It makes us more efficient, delivers higher quality dentistry to our patients and potentially faster than ever before. Indirect dentistry is becoming state of the art single day dentistry. Should we be scared of this technology? No, not at all. Sometimes change is good, this coming from someone who hates change at the best of times.

So then what are the drawbacks to technology? As far as I can tell, the most immediate drawback is the price of technology. Gone are the days that we can graduate and then open a small practice for under three hundred thousand dollars, unless of course that practice is going to ignore technology and perform dentistry the old way. As the newest technologies become more and more mainstream, this should bring down the costs of the digital equipment somewhat. This we are starting to see with some of the new digital scanners that were available. However, embracing technology does come with a price.

An interesting conversation with a research dentist from Australia revealed that he was quite unhappy the way dentistry is progressing. His point was why are we spending so much money on technology to deliver restorative dentistry to our patients when really we should be expanding our research to eradicate dental caries? If we can eliminate caries, who needs advancements in restorative technology?