‘Yes, young people may not like us when we set rules and standards, and that is too bad. When we worry about our children liking us, however, we put our needs ahead of our children’s needs. When we try to be pals with our children instead of parents, we deprive them of their most important source of internal rules, limits, standards and controls. Our abrogation of these responsibilities of adulthood is the single most powerful contributor to the new imbalance and to the stress that imbalance puts on children.’ — David Elkind

Yesterday I saw a genius. I was attending the Greater New York Dental Meeting. He was a speaker. He played a videotape of a cherubic, young male patient. Tousled hair and chubby cheeks you just want to pinch. And a potty mouth that had the audience gasping. I was sure this kid was the sort who does stuff to small animals. The sort who would end up on the evening news not too far in the future. I had never heard the ‘F’ word used so ferociously, so frequently, for no apparent reason by a child to a person of authority.

Dr. Marvin Berman is a pediatric dentist. His public relations expertise has landed him in print, on radio and television programs including Oprah on topics from AIDS and amalgam to dental phobias and consumer rights. He takes a straightforward, no-nonsense approach to patient management and office organization. His lecture style is enthusiastic and caring. And his words of wisdom on child care, both in the dental office and in the home, were riveting, hysterically funny, and dare I say, good old fashioned common sense.

Today’s parents are bombarded by a plethora of advice from ‘experts’. Children are people too… spanking is barbaric… take a time out… positive reinforcement only… kids are special… be your child’s best friend. This way of thinking has led, he says, to paralyzed, paranoid parents who are unable to make basic decisions about the simplest issues. The world does not revolve around our kids and we should stop telling them that it does.

Do you remember being told that there was ‘no excuse for that behaviour’? Now, there’s an excuse for everything. And if the excuse isn’t enough, there’s Ritalin, Zoloft, Prozac and Valium. Toddlers and young kids have way too many choices given to them according to Dr. Berman. Which underwear today, Spiderman or Shrek? Which outfit? Which cereal bowl? Which spoon? What time for bed? No wonder kids choose to act up when they get to your dental office.

Why are we living in fear of our children? Appeasing them? Negotiating with them? Bribing them? Begging them? Children desperately need order, discipline and a sense of right and wrong. These are difficult times for parents. Doubly difficult for dentists who must deal with children and their parents. Accomplishing the treatment is one thing but Dr. Berman suggests a greater purpose… instilling values, being coaches. The way parents and children behave and interact at the dental office parallels the relationship that exists at home. Are you ready? 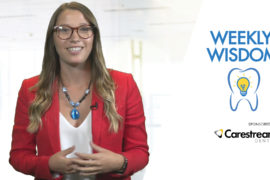