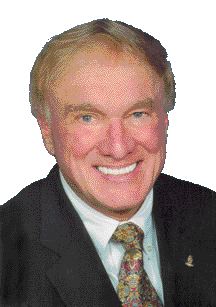 Responding to an exponentially increasing number of online tutorials and websites, that claim to teach consumers how to straighten their own teeth, the American Association of Orthodontics has issued a series of television and radio public service announcements warning about the risks associated with do-it-yourself orthodontics.

Most homemade braces consist of a combination of paper clips, dental floss and elastics. Unfortunately, these seemingly harmless household items have the potential of doing serious dental damage and ultimately can lead to tooth loss.

However, in spite of these possible repercussions, the DIY’ers are still out there and have found a new hero to look up to – a young, brilliant college student by the name of Amos Dudley.

Articles published earlier this year in CNN Money Magazine (New York) and the Washington Post reported that Dudley designed and made his own clear orthodontic aligners, and then successfully corrected his dental crowding with just $60 worth of supplies.

Amos Dudley studies digital design at the New Jersey Institute of Technology. He was not happy with his crooked teeth and the appearance of his smile. He was even more unhappy when he learned that orthodontic treatment using name brand clear aligners, like Invisalign or Clear Correct, could cost him thousands of dollars.

So, even though Dudley had absolutely no dental or orthodontic training, he decided that he would do some research and make his own plastic aligners and do the treatment himself.

He started by obtaining two orthodontic reference textbooks from his school’s library – Contemporary Orthodontics by William Profit, DDS, PhD, and Orthodontics At A Glance by Gill Diljit, DDS.

Next, he located on eBay some cheap alginate powder to take impressions of his teeth, some permastone for making a stone model of his dental crowding, and finally some sheets of clear vacuum-forming plastic to make his aligners.

Dudley then took the stone model of his teeth to his school’s library where he laser-scanned it. After that, he made multiple 3D digital duplicates of his malocclusion.

The next stage was measuring the total distance that each tooth would have to be moved in order to correct his crowding. He divided this distance by the maximum textbook-recommended distance that a tooth could safely travel with each successive aligner. After doing the math, he determined that he would need a series of 12 aligners.

After the teeth were carefully moved in sequence on each of his 12 digitally duplicated models, Dudley melted thin sheets of plastic over each of them and made 12 clear aligners. He finally carefully polished any rough edges on the plastic aligners with a Dremel rotary grinder that he found in his school’s workshop.

Once all of the preparatory work was done, Dudley began his DIY orthodontic treatment. Each aligner was worn for two weeks and his treatment was successfully completed in about 24 weeks.

The total cost for all of his supplies was just $60. Fortunately, Dudley was able to use his school’s sophisticated laser scanner and digital printer for free.

After posting his ‘before and after’ DIY treatment photos on his blog, showing off his new smile, and also having a number of national newspapers write articles about his self-treatment, Dudley has become famous. He regularly receives hundreds of requests to make homemade aligners for others.

But, according to Dudley, “To me it was simply a great challenge. I had a wonderful time proving that it could be done. However, fear not dental profession, I am definitely not interested in practicing orthodontics illegally or making clear aligners for other people.”

I suspect that a lot of orthodontists and aligner manufacturers are very relieved that Dudley feels this way. But if he ever changes his mind, I sure hope he never decides to move to Ontario. OH