The first objective of a retirement plan is to have a plan. Too often, there is no plan and no focus. The plan doesn’t have to be in great detail; a general plan, which requires fine-tuning as time goes by, is sufficient. Keep it simple.

One cautionary note about retirement planning. We generally think of retirement timing as something we can generally control, and is thought of as occurring later in life, toward the end of your professional career. Unfortunately, forced retirement quite often takes place as a result of ill health, which can occur quickly. Retirement planning must be kept flexible. Do not always assume it is some time in the distant future.

The following case studies are actual engagements. In each case I will recount the events, and the favorable or unfavorable results. If unfavorable, I will suggest a course of action that should have been considered beforehand.

A dentist (not a client) decided to sell her practice four years after purchasing it. The practice was appraised and listed by a practice broker for $220,000. The practice appraisal amount (not selling price) was important to the dentist as she wished to plan her after-tax cash retention from the sale which would assist her in her retirement planning. Her practice represented a significant portion of her net worth.

A considerable time passed and the practice was not sold. Eventually, a client requested that we assist him in a possible purchase. The selling price is now $130,000: $90,000 less than the “appraised value”. The after-tax cash retention for the vendor will be approximately one-half of the initial projection based on an earlier flawed evaluation, and will significantly influence her retirement plan negatively. The selling price, of course, is more in line with the fair market value.

What should have been the course of action? Obviously, a more realistic evaluation would have facilitated more accurate retirement and tax planning, as well as a shorter selling period. If in doubt, have another evaluation performed by an experienced, and independent, evaluator.

A dentist (not a client) sold one-half of his dental practice (I don’t generally like this approach). He felt that the purchaser of one-half of the practice would eventually purchase the other half. In the meantime, the two dentists would practice as cost-sharing colleagues. The 50% portion was therefore sold, including a Cost Sharing Agreement with a Right of First Refusal on each other’s practice should an acceptable offer be received from a third party.

Unfortunately, the two dentists did not agree on many issues, including the management of the cost-shared facility. So, instead of the retirement plan (which included the purchaser of one-half of the practice eventually purchasing the second half), the original dentist (Dentist A) now had to find a purchaser for the second half since Dentist B would now not purchase it.

In this situation, the practice remained on the market for more than a year, and unfortunately, Dentist A’s health began to deteriorate. We were engaged to see if we could reconcile the parties, but feelings were very negative and no resolution was possible. Also, there was no joint premise lease. Think this through. An effective way to block a sale (no premise lease to assign; no financing). The practice eventually sold for a nominal amount (about 10% of an earlier “fair market value”). Again, retirement planning was significantly affected.

What should have been done differently? One-half of the practice should not have originally been sold. If the objective for the vendor (Dentist A) was to practice for some time, and perhaps receive some cash prior to retirement, then the entire practice should have been sold to Dentist B, which would include an Associate Agreement for the vendor for a predetermined period of time. We have been involved in such transactions where the vendor becomes the associate subsequent to the sale for up to five years. These long-term associate arrangements and agreements are tricky so be sure to get competent advice. Make sure that both the purchaser and vendor clearly understate the obligations they are undertaking. Put it in writing.

A dentist had invested a considerable amount (more than $1,000,000) in a type of investment fund, which was inappropriate for her. The financial advice was not appropriate, nor was the product.

The dentist became a client a few years after the investment, and we reviewed the financial aspects of it. It turned out that the investment was locked in for a further seven years, with significant back end charges (which prohibits an early disposition). Our client feels that she must work a further five years before retiring in order to recoup the losses (the mutual fund showed a negative return during one of the longest bull markets in history).

What should have happened? First, the dentist should have received proper advice. I appreciate that you do not always know whom to ask for competent advice whether it is financial, tax or consulting. You should talk to your professional association, your colleagues, and other advisors that you trust. These are critical issues to your financial well-being during your career, and certainly will impact your retirement. Be conservative. Avoid risky investments. Understand the potential investment. Be aware of conflict of interest.

Retirement planning must include tax and financial planning, as well as general practice management matters. It is clear that clients who are successful, measured in terms of their financial well-being and therefore retirement planning, are those who keep things simple yet effective. You (and to a greater extent, your independent professional advisors) must keep abreast of current tax planning (don’t get into the black zones; CCRA is aggressive and often winning). Be wary of tax shelters, and risky “high return” investments.

The importance of proper agreements and premise leases cannot be overstated. These are simple, inexpensive considerations when implemented at the proper time, but no, or bad agreements, are terribly costly when something goes wrong, which it inevitably will.

It is not the most exciting of times when you take care of all of the tax, financial, management and retirement planning matters on a current basis. However, if you do not, the drama and excitement will come at your expense, both financially and emotionally.

There must be a plan, it must be reviewed, it must be changed if necessary, and the objectives will be met. Consult experts. Develop a plan. Review it at least annually with your independent professional advisors, and sleep well.

Ron MacKenzie, B. Comm, CA, is the principal of MacKenzie & Company, CAs and practice consultants to the dental community. 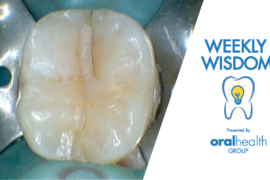