Forensic Dentistry: Identifying the Victims of 9/11

The official count of the dead and missing in the attack on the World Trade Center has fluctuated and fallen sharply over the past few weeks, from a high of 6,500 to less than 3,900. Officials say, as duplications and errors on lists are corrected, that number could continue to drop, perhaps to 3,000. An official with the city’s Law Department who has been coordinating the applications for death certificates expects the final number of dead at the WTC to be between 3,000 and 3,700. Some believe a true number will never be known.

Dr. Jeffrey Burkes, chief forensic dental consultant to the medical examiner’s office in New York City, said that in the early days and weeks following the attacks, about 40 dentists worked on the forensic effort at the office in New York City each day. Most worked eight-hour shifts. Working 12-hour shifts and reporting to Dr. Burkes were tour commanders — forensic dentists with significant experience in the field.

In addition to the complement of dentists from DMORT teams (Disaster Mortuary Operational Response Teams) and full-time staff at the medical examiner’s office, Dr. Burkes has utilized close to 100 dental volunteers.

Recovery of the body, during which visually identifiable victims have their personal effects inventoried by New York City police;

Moving the body to the medical examiner’s station where it will receive a preliminary autopsy and be photographed for identification purposes from notified kin;

Failing that, the body will be forwarded to a station that uses DNA means for identification.

The identification process used a triage system whereby a “fire brigade” of police officers helped unload bodies from the trucks and place them in the triage area. There, physicians determined whether oral exams or dental X-rays were required for identification purposes.

Three post-mortem teams consisting of about 20 dentists each receive those victims with intact oral structures. As many X-rays as possible are taken, then a toothbrush is used to clean the soot from the dentition and charting begins. Completed dental charts and X-rays are brought upstairs to the second floor of the medical examiner’s office, where more volunteer dentists keypunch the data into a computer system that provides postmortem dental identification matches.

Go Team — Go team members were dispatched to the scene to safeguard and retrieve dental evidence.

Antemortem Team — This team worked with the dental records of presumed victims, transposing and entering information from radiographs and charts into the computer program. Dr. Burkes says the office was running both the WinID and CavID identification software programs to ensure that a computer crash wouldn’t necessitate re-entering of information.

Comparison Team — These dentists used a viewbox to compare the radiographs of unknown victims to known people. The number of radiographs to compare had been narrowed down by the identification software programs.

In Washington, dental teamwork and electronic dental identification triage were essential to the success of ‘Operation Noble Eagle’, one of the most comprehensive forensic investigations in U.S. history, the Armed Forces Institute of Pathology said in a series of reports.

A comprehensive dental team was formed (for the Pentagon investigation) with expanded capabilities in digital imaging and comparative analysis, said Navy Capt. Glenn Wagner, AFIP director. “The medical radiographic section included full-time, fully-trained radiologists assisting dentists, anthropologists and pathologists in the identification and characterization of all specimens received. Where appropriate, both toxicology and DNA specimens were obtained in each case.”

“Without hesitation, I strongly believe the high number of positive identifications produced in a timely manner resulted because of dedicated staff and computer enhancement,” said Dr. Douglas Arendt, chief of forensic dentistry for AFIP’s department of oral and maxillofacial pathology.

AFIP staff reported using a number of identification techniques at Dover, including the charting of pre-existing dental conditions using antemortem and postmortem forms and “a recent innovation” described as a digital postmortem X-ray relying on sensors instead of film. The technique eliminates chemical processing, saving time and money with minimal environmental impact, a spokesman said.

In Pennsylvania, Dr. William Yeomans, director of the Pennsylvania Dental Association’s Dental Identification Team, or PADIT, oversaw PADITs involvement in identifying victims of the crash of United Airlines Flight 93. His explanation of what records were needed would apply to all three disaster sites. He acknowledged that while not all dental offices would have everything on the list, as many of the following items were needed:

all radiographs mounted and clearly labeled with the date, patient’s first and last name, doctor’s name, address and telephone numbers, including area code;

the most recent panoramic X-rays, including recent post-op X-rays of root canal therapy;

if submitting paper copies of digital X-rays, copies with an accurate narrative of restorations present and missing teeth;

any specialist referrals, including names, addresses and phone numbers for the specialists;

names, addresses and phone numbers of any hospitals where radiographs of the head and neck may have been taken;

patient insurance information, including addresses and phone numbers of insurers.

Teeth are one of the best repositories for DNA in the human body and forensic dentistry has emerged as one of the most valuable investigative tools available today.

“Forensic dentistry can provide the verification needed to achieve legal justice while providing emotional closure to those involved,” say Thomas Glass, DDS, a leading expert in the forensic field. “Without dental records and the expert analysis provided by dentists, an incomplete picture would be painted in criminal investigations as well as in body identification.” 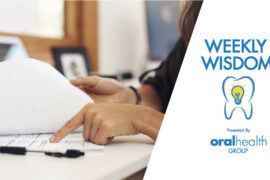