The (Best Available) Evidence-Based Dentistry – “Go ahead, make my day and don’t floss!” 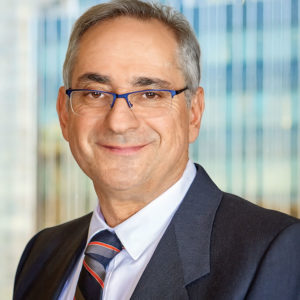 Well, it’s more accurate to say that an investigative journalist from Associated Press (AP) looked at the evidence about the effectiveness of flossing, and came to the conclusion that flossing does not help humanity. Since then, every patient and their grandmother is asking if they should floss at all.

Then, the hordes of less-than-fully-employed or simply bored journalists mused on this info and questioned the practice of flossing. Moreover, some insinuated that the dentists and hygienists are “pushing” this terribly difficult oral hygiene measure as cruelty to their patients making them feel guilty, causing unnecessary stress and anxiety. Further, conspiracy theories arose as to “Big Floss Industry” pushing the sale of floss by perio/cavity-fear-mongering (my wording). Being rather hurt by these allegations, one of my dentist colleagues responded by saying: “Make my day and don’t floss. I will send my children to dental school because they will have a lot of work, for decades, when the incidence of caries and periodontal disease will predictably surge.” This knee-jerk response is clearly inappropriate and inconsistent with the ethics by which dentistry is practiced since we were given the privilege of looking into people’s mouths. The issue, though, requires a bit of reflection on the various levels of evidence in health care delivery in general and dentistry in particular.

Since the late 1960s, clinical epidemiology came to the forefront in assessing what health care providers do and the level of scientific evidence that supports their endeavours. In particular, it clarified how valuable tests were, and when and how to use them in making recommendations for treatment. Slowly, the acceptance of these concepts gave rise to the call for “evidence-based” practice of medicine and dentistry. Medical and dental curricula have changed accordingly. Decades of continuously improving study designs lead to the accumulation of a superior body of evidence for anything we do. Randomized clinical trials of various types followed and became the gold standard for evidence we rely on in our everyday practice. Yet, it became clear that not all evidence is created equal. Low-level retrospective clinical studies are inferior to Randomized clinical trials (RCTs), to note the extremes only. Also, we learned that bias that is willingly incorporated into studies and the “placebo effect” is as real as it is unavoidable. Then came the prominence of meta-analysis as the most valuable tool in ascertaining the value of information from various levels of evidence, more weight given to high level of studies but not throwing out some evidence that may not be “Harvard-proof”.

So we must remember that not every issue in healthcare can be tested because of the lack of interest of well-trained researchers or for the lack of priorities set by the granting agencies funding research. Clinical research designs are limited in many ways, and rightly so, by our high ethical standards governing human experimentation of any kind. Also, this is my one-cent worth of wisdom to put on the table – when collective clinical experience is filtered through the lens of existing evidence, it often complements higher levels of evidence. And last but not least, it is very important to acknowledge that the “absence of evidence is not evidence of absence”. In other words, lack of proof, or existence of biased data from poorly designed studies, that show no effect of flossing in our case, does not negate its benefits.

This leaves us with the poor AP journalist who could not find a high level of evidence for the use of the floss that “tormented” people into mental hardship. I would suggest that this journalist should take a course at McMaster University and enlighten himself in the science dealing with levels of evidence and such before spreading information to the public.

So I say, the next time someone questions you about whether you perform “evidence-based dentistry,” you should respond that indeed we dentists, physicians, and healthcare providers, subscribe to the “best available evidence” and practice accordingly. And don’t give up on flossing please…. OH

About the Author
Dr. Birek is an Associate Professor in the Department of Periodontics and staff surgeon wit the Oral Reconstruction Unit at the University of Toronto. He maintains a private practice in Periodontics and Implant Surgery in Toronto. Dr. Peter Birek is the Periodontology editor for Oral Health.