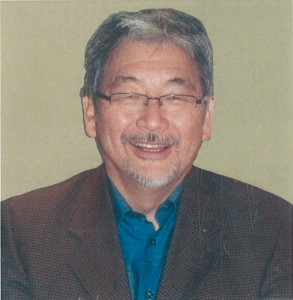 Dr. Rollin Matsui passed away in November 2015. He was born in Toronto in 1954. In 1972 he graduated from Jarvis Collegiate Institute, where he was active in sports, President of Students’ Council, and an Ontario Scholar. In 1975, he received his B.Sc. from the University of Toronto, Faculty of Arts and Science, Victoria College. He was a highly honoured 1979 graduate of the University of Toronto, Faculty of Dentistry. Among his honours were the Harold Keith Box Gold Medal Prize in Periodontology; the Oral Health Prize for General Proficiency; the Dental Students’ Society, Faculty of Dentistry, Honour and Bronze Awards; the S. A. MacGregor Scholarship; and the S.G. Bridgman Prize. During his final year he was president of the Dental Students’ Society. He was also elected to the Omicron Kappa Upsilon Honour Dental Society, of which he has been president.

Following graduation, Dr. Matsui went into private dental practice in Toronto and became involved in organized dentistry. Importantly he was a representative on the Council of the Royal College of Dental Surgeons of Ontario and a member of various committees, including Complaints, Discipline, and Registration. This involvement led to an interest in the legal aspects of dentistry so he chose to pursue a law degree, while practicing dentistry part-time. In 1991 he received his LL.B. from Osgoode Hall Law School, York University; he was called to the Bar of Ontario in 1993.
In 1993 he set up his full-time law practice, primarily acting for dentists in matters related to complaints and professional misconduct. He continued to practice dentistry part-time. He was a part-time lecturer in the University of Toronto Faculty of Dentistry Practice Administration Course and he lectured extensively on law and dentistry in Ontario and in the United States.

He was also the Oral Health Journal editorial board member for ethics and jurisprudence and became well known throughout Canada for his articles on risk management and legal issues pertaining to dentistry.

Dr. Matsui was a visionary with respect to law and dentistry: he was a founder and President of the Health Law Association, Osgoode Hall Law School, York University and he was
a founder and Executive Director of the Canadian Dental Protective Association, providing legal assistance to the dentists of Canada.

Dr. Matsui was committed to family and community. He married his wife Paula in 1977. They have three adult children: a hygienist, a dentist, and an auditor; it is not known why there is no lawyer in this list. He cherished his Japanese-Canadian heritage and was a member of the Japanese Canadian Cultural Centre and the National Association of Japanese Canadians. He was a coach and trainer at various levels of hockey and baseball and was an encyclopedic movie buff.

Dr. Matsui will be remembered for his wisdom, integrity, and forthrightness, as well as his ability to converse intelligently, with insight and humour, and at length, on a wide range of subjects.

He had much more to give but, sadly, not the time in which to give it. He will be deeply missed. 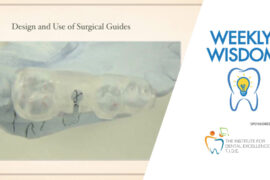