Instrument Design and Technique – A Match Made in Heaven

It has been well documented that the use of nickel titanium rotary instrumentation has surpassed the use of stainless steel hand files both in the numbers of practitioners using this technique and the percentage of time they use rotary vs. hand files. In 2009 Bird et al (Journal of Endodontics Volume 35, Issue 9, pp. 1193-1197) reported close to 60 percent of practitioners using nickel titanium instruments in 100 percent of the endodontic cases they were treating. Undoubtedly those numbers are even higher in 2014.

In the introduction to his textbook Mastering Endodontic Instrumentation, Dr. John T. McSpadden, one of the greatest innovators in modern endodontics, emphasizes that it is “important to understand that desired canal shapes can be prepared with virtually any series of instruments, but it is the risks and efficiency that varies from one instrument to another.”

Therefore, to utilize rotary or reciprocating files without the fear of instrument separation, instrument design should be the over-riding criteria when deciding on your instrument of choice.

There is a balance that is created between “potential for breakage” and “efficiency” (Fig. 1).

Tip the balance and you, the clinician, pay the price.

Trying to eliminate the potential for breakage using the instrument design alone is possible. For example, if you go to the extreme and take a file with no cutting edges, it will not bind or engage the dentin at all. You will never break this instrument — nor will you shape the canal. Add cutting surfaces and the shaping ability increases — but now controlling the potential for breakage means controlling the method of usage of the instrument.

A balance has to be found between an efficient instrument design that allows for coronal removal of debris and creating the ideal canal shape and at the same time, permits the clinician to confidently use the instrument without the fear of separation.

HOW IS EFFICIENCY DEFINED?
The Encyclopedia of Science defines it as the ratio of useful work derived from the energy put into it. An efficient endodontic file would be one that cuts dentin better, in less time and with less pressure being applied. And who would not want to use a more efficient file? But changing to a more efficient file often requires a change in technique — and depending on how long you have been using your current technique this change to an efficient design could leave the negative impression that this new file is aggressive rather than efficient.

Applying the same amount of pressure for the same amount of time with an efficient file that was used with an less efficient one will tend to accumulate dentin debris at a rate that may make it impossible for it to be removed coronally causing the file to bind and potentially separate. Technically, this separation is caused by cyclic fatigue due to accumulated strain at the same location of the file. The size and taper of the instrument as well as the shape and dimension of the canal all have the potential of contributing to strain put on an instrument.

With the latest iteration of Zendo’s Zone 2.0 file for example (Fig. 2), minor modifications were made to the “pitch” of the flutes resulting in a less aggressive sensation while actually becoming more efficient.

The original Zone was unique in that it had variable cross-sections along the length of the instrument, which not only enhanced the cutting effect in the three zones of the canal (apical, middle and coronal) but also aided in debris removal while maintaining the centre-line axis of the canal (Fig. 3).

Adding to the uniqueness of the design was its Variable Helix Angle (Fig. 4) aiding in the prevention of a “screwing-in” effect.

And a Variable Pitch (Fig. 5), which allowed for the movement of dentin debris and pulp remnants to the coronal from where they could be effectively removed.

All these unique features of the original Zone were incorporated in the Zone 2.0, which was further enhanced by creating a longer Pitch. This longer Pitch allows for an even more rapid removal of debris to the coronal requiring less pressure to be applied to the instrument thereby making it more efficient.

SUMMARY
All endodontic instrumentation techniques require various instruments and adjuncts throughout the procedure to maximize the treatment approach selected. For example, working length determination should be carried out using stainless steel files, coronal flaring of the canal requires specifically-designed instruments that are not aggressive and copious irrigation must be utilized throughout the procedure.

Today’s technology has created design configurations, that when used properly, can enhance not only the end result but can do so with significant savings in time as well. Take full advantage of the new technology available, but be prepared for a learning curve. The time taken to properly incorporate new technology into your practice will pay dividends in the long run. OH

Dr. Barry H. Korzen is a  graduate of the University of Toronto Faculty of Dentistry and the Harvard University graduate Endodontic program, Dr. Korzen is the Fou
nder of The Endo Academy (www.TheEndoAcademy.com) and Zendo Direct (www.ZendoDirect.com). He was an Associate Professor, Assistant Dean and former Head of the Discipline of Endo­dontics at the University of Tor­onto Faculty of Dentistry.

Besides authoring numerous papers Dr. Korzen has spoken to dental societies and organizations around the world and has delivered lectures at more than twenty universities. He has received fellowships from the American College of Stomatologic Surgeons, the International College of Dentists and the Pierre Fauchard Academy. 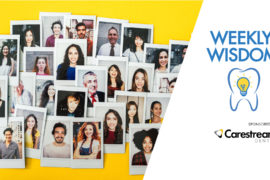