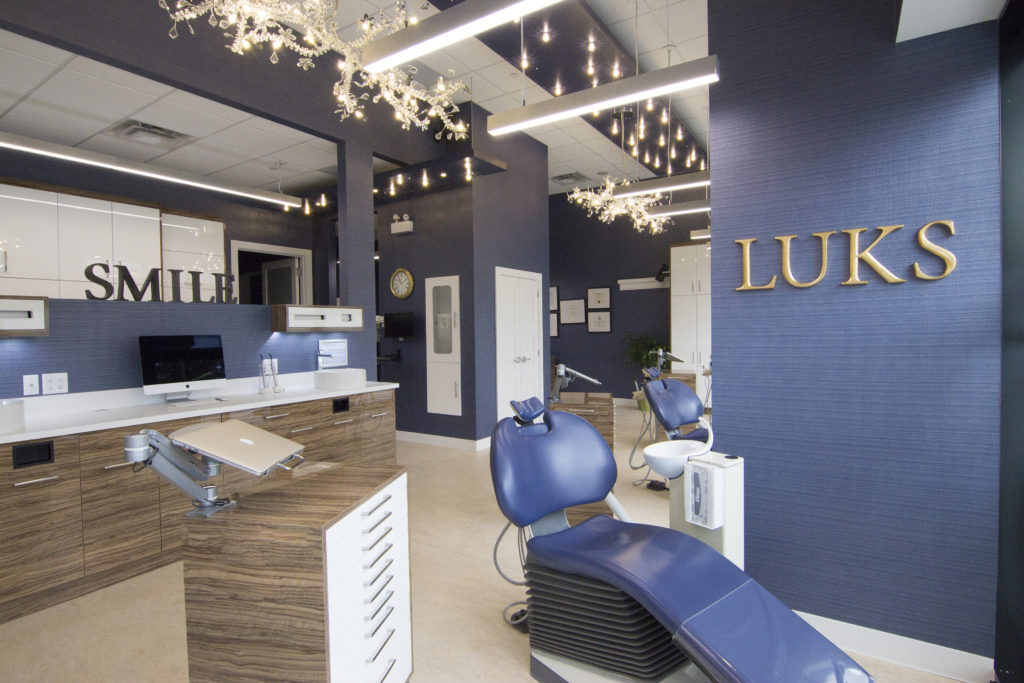 After 40 years of tenancy in a fifth-floor suite at the building on the north-west corner of Yonge and Lawrence, Luks Orthodontics, moved operations, a stone’s throw away, into a new modern store front space on Yonge Street just south of Lawrence Avenue. While it was difficult to leave the comfort of our corner office at the end of hall, cleverly planned by Dr. Eric Luks, it’s French country upholstered walls and Canadiana antiques, it seemed time for change. 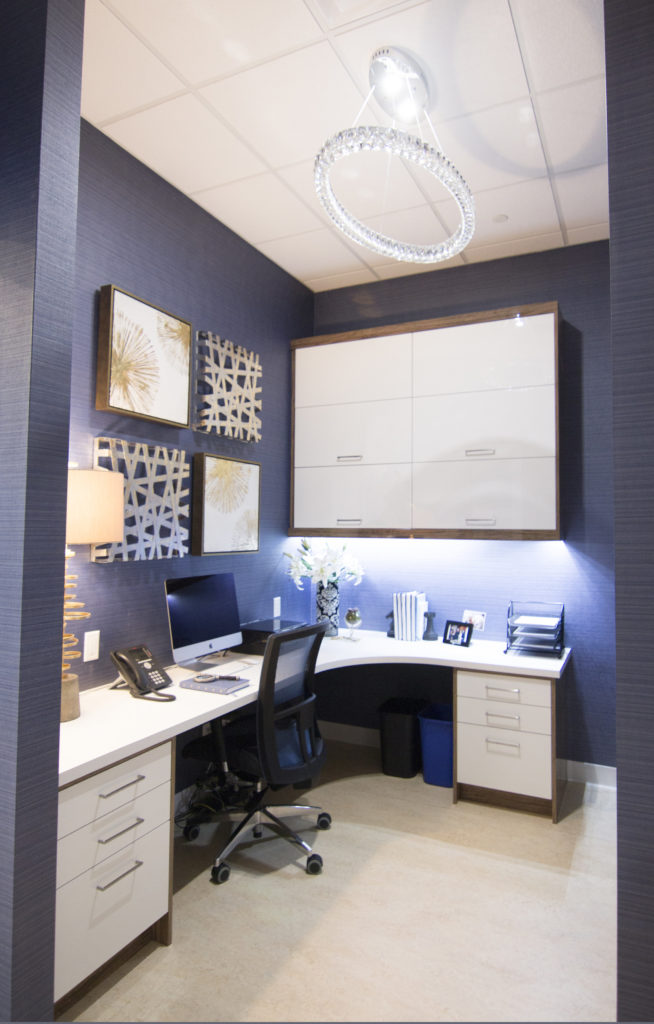 Dr. Virginia Luks joined her father in practice in 1997 but with LUKS ORTHODONTICS his retirement from the practice of orthodontics in 2013, and the expiry of her current lease she wanted to create a space that would be uniquely hers. After some exhaustive negotiations, and the most amazing assistance of John Keefe at Cirrus Leasing Group, she secured a very long-term lease occupying the entire commercial space under Lanterra’s newly-built luxury condominium development at Yonge and Lawrence.

Virginia’s next step involved reaching out to long-term friend, Ken Croney, of Henry Schein, who has known her since she was a very little girl. Ken’s daughter, Shannen, was an orthodontic patient of Virginia’s and participated in Dr. Luks’ “Making Girls Smile” mentorship program, where girls are exposed to the orthodontic profession and are able to actively participate in the delivery of patient care. With Ken’s stamp of approval and invaluable expertise, the new office was drafted with the help of his planning and design consultant, Stephen Veerasamie.

Next Virginia chose, Robert Colagiacomo of Tripar Construction to build the office from the cement box we started with to its current glory. Special thanks are given to our foreman Tony Destefano, who worked tireless hours on this project and was available at all hours of the day and night to resolve issues. 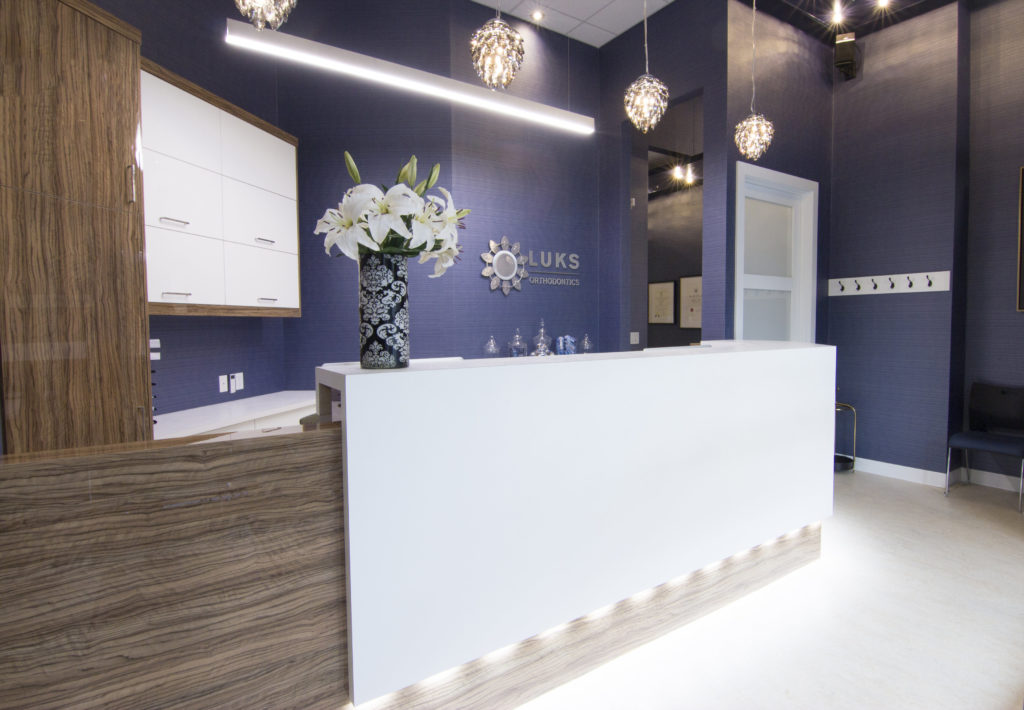 Virginia’s vision for the space was to create a modern but warm space, a sophisticated calm with a flare for femininity. Dr. Luks enlisted Janet Williams Interiors to help bring this vision to life, having known Virginia’s style from two previous projects. In keeping with the practice’s corporate colours of royal and mustard, Janet elevated the elegance of the space using a deep navy textured wallpaper (Crown Wallpaper), and marmoleum flooring in “Caribeean”, a soft yellow. Gold accented modern art, mirrors and structural pieces cover the walls (PI Creative Art, Kimmberly Capone, Jacaranda Tree, Manor). Stunning and mesmorizing crystal lighting effects (Union Lighting) are extended throughtout the office. Sleek millwork in glossy white and modern wood grain were fabricated by Jack Medland (J.Medland Cabinetry) along with four elaborate navy (“Jet Blue” by Benjamin Moore) ceiling panels that hang from the thirteen foot ceilings and incorporate over 120 crystal beauty spots creating a “starry sky” effect. Large Elizabethan partials hang in the waiting room and Virginia’s private office to lend feminine grace and beauty with a touch of lace and pearls.