Mental Illness is Not a Personal Failure 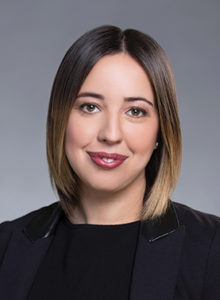 The best way to grab your attention for this editorial is to simply begin with the facts.

Let’s keep going. Sixty-four per cent of Ontario workers would be concerned about how work would be affected if a colleague had a mental illness. Thirty-nine per cent of Ontario workers indicate that they would not tell their managers if they were experiencing a mental health problem. After years of campaigns and advocacy within Canada, mental health stigma may be lessening while awareness may be increasing. But it is essential to continue the conversation, especially in the workplace.

As I’m sure you are all aware, two beloved celebrities recently died by suicide within the same week. And every time this happens, our eyes open a little bit wider to the reality of mental illness. Though extremely devastating and tragic, this news should not be the reason why the conversation about the importance of mental health continues.

Think about this for a second – most adults are spending more of their waking hours at work than anywhere else, which means your workplace should play a vital role in maintaining positive mental health. It is an environment that gives people the opportunity to feel successful and productive yet it can also be a stressful environment, which contributes to the rise of mental health issues and illnesses.

According to the Mental Health Commission of Canada (MHCC), 70 per cent of Canadian employees are concerned about the psychological health and safety of their workplace, and 14 per cent don’t think theirs is safe or healthy at all. In any given week, at least 500,000 employed Canadians are unable to work due to mental health problems. Thirty per cent of short- and long-term disability claims are attributed to mental health problems and illnesses. The total cost to the Canadian economy from mental health problems exceeds $50 billion annually. This includes health care costs, lost productivity, and reductions in health-related quality of life.

These are facts that should open your eyes even wider.

We need to combat mental health stigma in the workplace. Though mental illness is widespread, its stigma often prevents people from seeking help or even talking about it with a co-worker, family member, or friend. The Mental Health Commission estimates that nearly a quarter of the Canadian workforce is affected by mental health issues, which contribute to low productivity, absenteeism, and turnover. Helping employees improve their mental health and well-being at work is beneficial to the employee, the company and society as a whole. Educate yourself and your team, encourage a healthy environment of positivity, and shut down the jokes surrounding mental health. My suggestion – be mindful of your well-being. Don’t be afraid to take a mental health day or to ask for help.

I usually start my editorial with an inspirational quote but I’ll leave you with one that you should always keep in the back of your mind: “Be kind to one another for everyone is fighting a battle you know nothing about”.

RELATED ARTICLE: How To Take The Stress Out Of Taking Time Off

Weekly Wisdom: Dealing with the Elephant in the Room