Located in the mature community of Glenora in central Edmonton, Groove Dental’s experiential design draws cues from the original building dating back to 1953 as well as Bold Interior Design Inc’s travels to the warehouse district of DUMBO (Down Under the Manhattan Bridge Overpass) in Brooklyn. 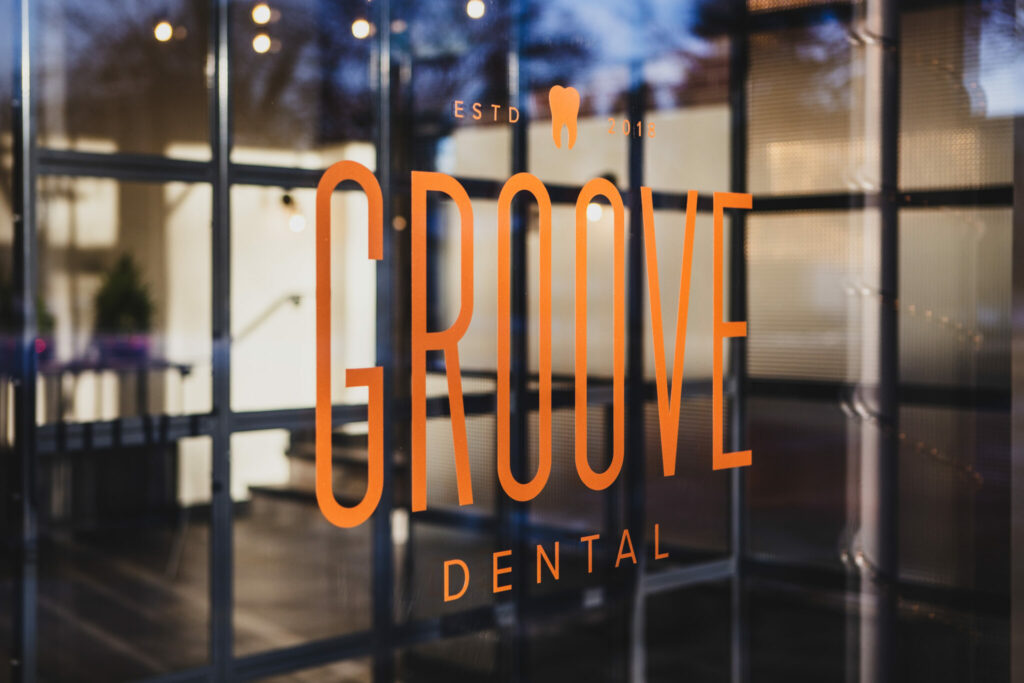 It was during a pre-design discovery session where the talk of New York and Dr. Schmidt’s education at NYU came into play. From that point forward, the concept was to create the illusion of a late 1800s/early 1900s warehouse conversion. The clinic’s existing wood roof remained and was painted white, while new solid fir beams with custom metal brackets were designed and positioned to mimic what could have been original structural columns and helped to provide spatial separation between the eight semi-private ops and other functional areas. Brick tile was used on exterior walls to help reinforce the concept of an old warehouse. Penny-round tiles, antique-inspired light fixtures, replica wood luxury vinyl flooring, poured-in-place concrete counters and new custom metal framed glazing units were used throughout to reinforce the warehouse feel. The glazing frames were even outfitted with various clear patterned glass panels to mimic the concept of thin-paned glass being replaced over a duration of decades, just like in old warehouses. 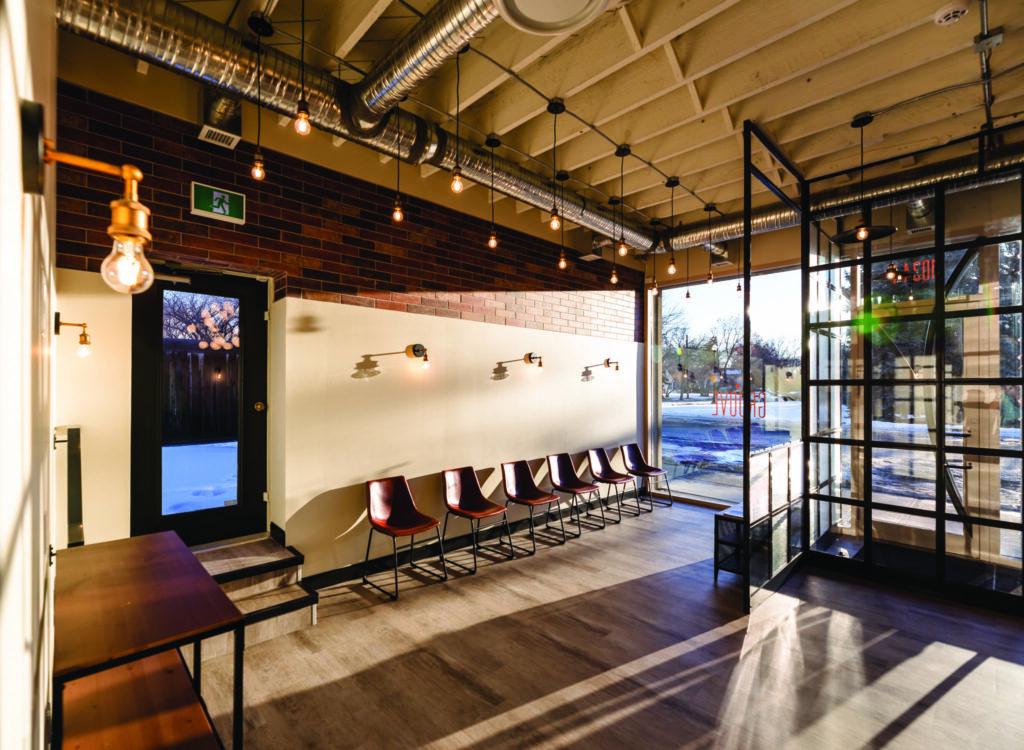 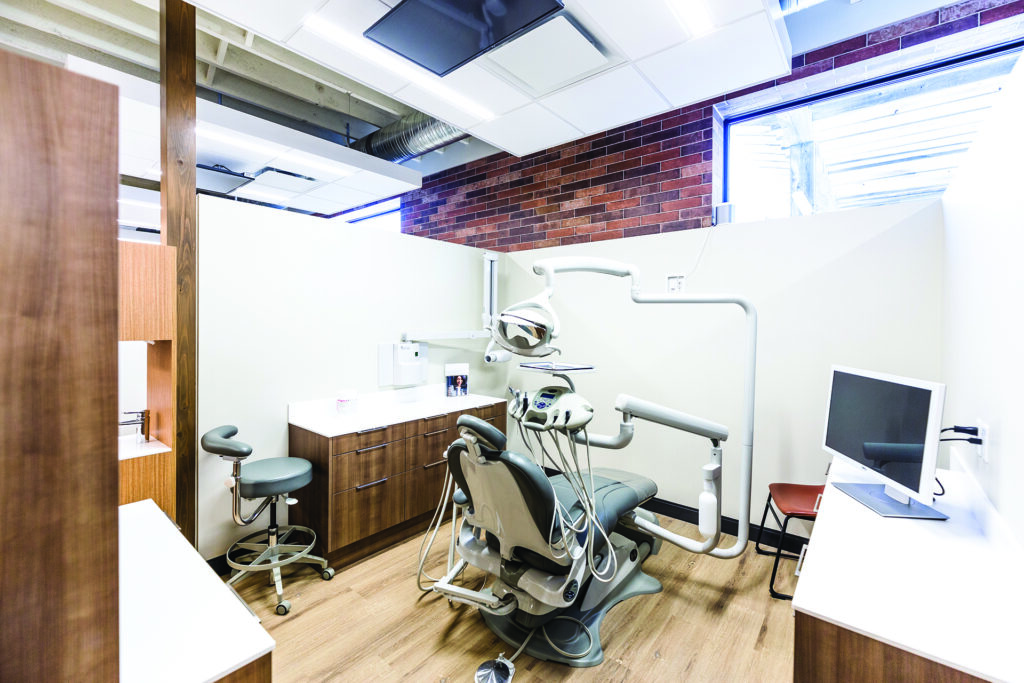 The only downside was that the space was long (bowling alley long) and had almost no natural light. The longest, north-facing wall, allowed to flood the space with large, high, ten-foot wide clerestory exterior windows. This provided ample indirect natural light throughout the entire clinic, while being at a height that provided for patient privacy. 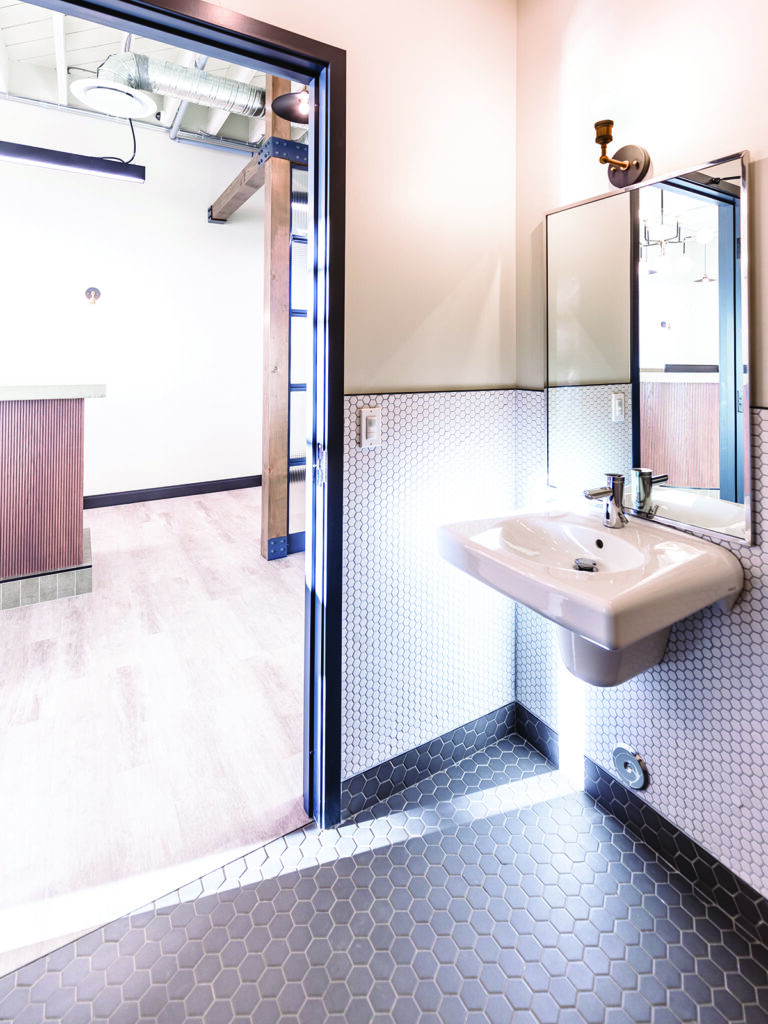 A unique feature is the incorporation of an exterior waiting space on the north side. The previously built space had a patio door and pergola. As such, the new clinic design relocated the existing door into the reception area where, during warmer days, patients can wait outside for their appointment. 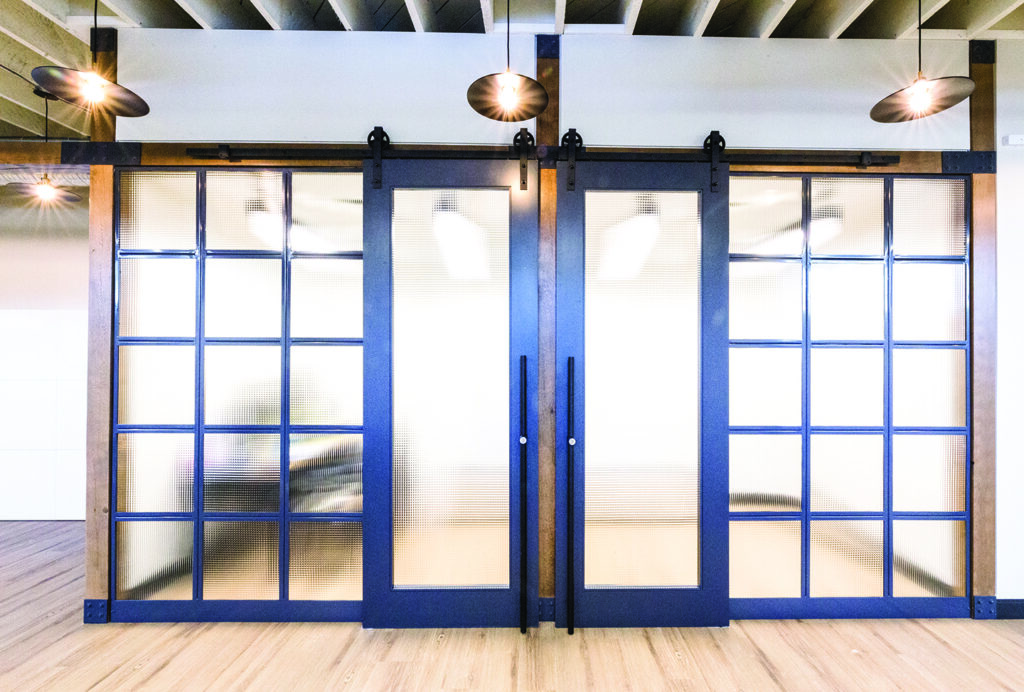 Not only did Bold Interior Design Inc work with the Dr. Schmidt on the interior design concept, but they also were involved with the branding and graphic design company to ensure design consistency between all printed collateral and the built environment. 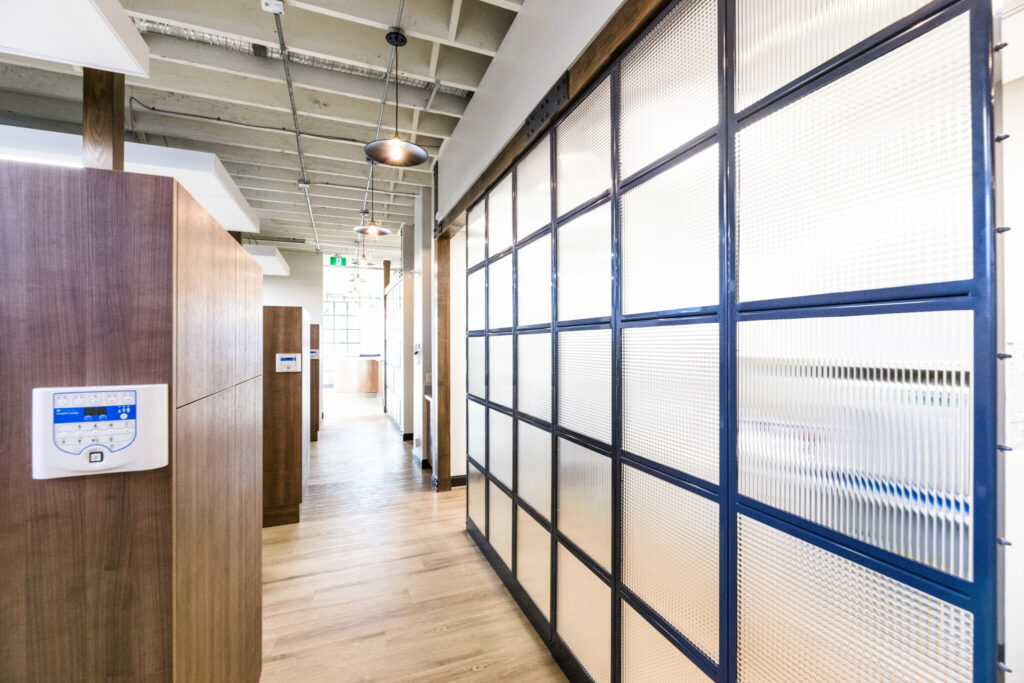