Palatally Displaced Canines Is There A Way To Prevent Impaction Of These Teeth?

Introduction
Ectopic eruption is defined as a disturbance in which a tooth does not follow its usual path of eruption.1 Maxillary canines are one of the most common ectopically erupting teeth, second only to third molars,2 and of importance, once displaced palatally, most result in impactions.3,4 The ratio of palatal to buccal canine impactions is 8:1 and is twice as common in females than males,5-7 with a total reported prevalence of between 0.8-5.2 percent of the population.8

Palatally displaced canines (PDC) can be associated with significant resorption of adjacent teeth9-11 (Fig. 1a, 1b). Furthermore, the treatment of canines, when they become impacted often involves surgical exposure of the tooth (Fig. 2) and the need for subsequent forced orthodontic eruption. This type of treatment can have associated morbidity such as root resorption, bone loss, recession, necrosis, and can lead to prolonged orthodontic treatment time and cost.12 Therefore, preventive treatment to avoid subsequent impaction of maxillary canines becomes an important tool so that patients can be spared these negative consequences alongside potential surgery and prolonged orthodontic treatment. As such, early detection and diagnosis by the primary care dentist is of utmost importance so that appropriate interceptive treatment can be prescribed when indicated.

FIGURE 1A. Panorex of a 12 year old girl who noted that her maxillary incisors were becoming mobile. Teeth #1.3 and #2.3 are mesioangularly impacted. Significant external resorption of the roots of the maxillary incisors has occurred.

FIGURE 1B. CBCT reconstruction of displaced maxillary canines causing severe resorption of the maxillary incisors. The crown of the impacted tooth #2.3 is positioned palatally to the residual root apices of teeth #2.1 and #2.2, and has caused extensive root resorption of those teeth.

FIGURE 2. Surgical exposure of a palatally impacted maxillary canine. Note the retained primary canine, a common finding in these cases.

Diagnosis of Palatally Displaced Canines
On average, the maxillary permanent canines erupt between the ages of 11 to 12, usually earlier in females than males.13 Assessment of the maxillary canines should begin by the age of eight, with a visual inspection and palpation for a canine bulge (Fig. 3). Positive palpation of a canine bulge on the buccal typically correlates to approximately a 92 percent positive chance that the canine will erupt normally.14,15 A non-palpable maxillary buccal canine bulge after the age of 10 years and beyond should be considered abnormal16 and is an indication of a palatally displaced canine (Table 1). Assessment of the degree of mobility of the primary canine is also important starting at this age. Mobility of the primary canine indicates that the tooth is undergoing physiological root resorption, which is most likely due to a normally erupting permanent canine. In addition, radiographic investigations such as panoramic, periapical or maxillary occlusal films can be considered when there is doubt to the whereabouts of the permanent canine. Panoramic radiographs can provide two pieces of information that are important in determining impaction. One is the absence of physiologic root resorption of primary canines, as ectopically positioned permanent canines typically do not cause resorption of the primary canine roots. Secondly, radiographs provide assessment of the horizontal overlap of the canine crown over the root of the lateral incisor (Fig. 4A, 4B). The more overlap there is and the more the canine crown is positioned towards the midline, the poorer the prognosis for spontaneous correction and the greater the probability of impaction occurring.16-18 Other radiographic findings associated with PDCs include an increased mesial inclination (>15°) of the canine long axis with the midline and a distally positioned canine apex16 (Table 1).

FIGURE 3. The presence of a canine bulge developing at the age of 9 years and enlarging prior to its eruption is an important milestone in the development of the dentition. Note the blanching of the gingiva above tooth #6.3, indicating the advancement and normal eruption of the maxillary permanent canine.

FIGURE 4A. This 8-year-old patient presented for examination in the early mixed dentition. Note the early overlap of tooth #2.3 with the developing tooth #2.2. No treatment or intervention was completed at this time.

FIGURE 4B. The same patient returns at the age of 13, now with a palatally displaced tooth #2.3 that required surgical exposure.

Randomized Controlled Trials on Preventive Treatment of PDCs-
Results of the selected studies have been summarized in Table 2.

Extraction of Maxillary Primary Canine
It was documented in a prospective randomized controlled study on the effect of interceptive extraction of primary canines on palatally displaced maxillary canines that the rates of successful eruption of the PDCs at extraction and control sites were 67 percent and 42 percent, respectively, after an 18 month interval.24 What was unique about this study was the fact that each individual acted as their own control. This was possible by only including bilateral PDC cases and randomly assigning one of the two primary canines for extraction while the other side served as a control. Incidentally, only eight percent of palatal canine impactions are bilateral.25 Of interest, was the fact that this was most effective if the primary canine was extracted early at the age of 10 to 11 years. Furthermore, the authors recommended maintenance of the upper arch perimeter with the use of a transpalatal arch space-holding device. Applying this to a clinical scenario, if a PDC is identified clinically by the absence of a buccal canine bulge and radiographically by the overlap of the erupting permanent canine over the permanent lateral incisor then extraction of the primary maxillary canine will improve the chance of self-correction and decrease the probability of impaction by 25 percent. Cases showing the absence of other orthodontic problems such as crossbites, excess overjet, deep overbites, crowding and spacing are good candidates for this type of treatment (Fig. 5A, 5B). Nevertheless, space maintenance or space opening after extraction of the primary canine may be recommended.

FIGURE 5A. This 9 year old patient presented for examination in the early mixed dentition. Note the early overlap of tooth #2.3 with tooth #2.2. Note the lack of physiologic root resorption on tooth #6.3.

FIGURE 5B. Clinical photos of the same 9 year old patient with no mobility of the #6.3 or prominent canine bulge warranting the preventive extraction of the maxillary primary canines.

Extraction of Maxillary Primary Canine in Combination with Headgear
A randomized clinical study comparing the effect of extraction of maxillary primary canines with and without headgear showed that the additional use of a headgear resulted in a significantly higher probability of successful eruption (87.5 percent) over extraction of the primary canine alone (65.2 percent).21 Both treatment modalities resulted in a higher percentage of self-correction and eruption of the PDCs over the control group receiving no treatment (36 percent). Interestingly, for the primary canine extraction group the percentage of successful cases in this study (65.2 percent) was in agreement with the successful cases reported in the prospective RCT discussed above (67 percent).24 The authors reported a mesial drifting of first molars in both the extraction-only and control groups and attribute the higher percentage of successful cases in the headgear group to minimizing mesial drift of the maxillary first molars thus maintaining space for the eruption of the canines. An earlier study by the same authors documented an 80 percent probability of successful eruption of PDCs in patients who had the primary canines extracted combined with headgear treatment.4 In contrast, only 50 percent of PDCs successfully erupted when the primary canines were extracted as an isolated measure to intercept PDCs which was not significantly greater than the success in untreated controls. When applying this data to clinical practice, a case exhibiting PDCs with a Class II occlusion and excess overjet may be an ideal candidate for this interceptive treatment approach (Fig. 6A-D).

FIGURE 6A. This 11 year old patient presented with non-palpable bilateral buccal canine bulges, and no mobility of the primary canines. Furthermore, she presented with a half-cusp Class II molar relationship and excessive overjet.

FIGURE 6D. Preventive treatment consisted of the extractions of the maxillary primary canines in combination with headgear therapy resulting in improved eruption of the PDCs. Note the improved angulation of the erupting canines to the midline when compared to the pre-treatment radiograph in figure 6B.

Extraction of Maxillary Primary Canine in Combination with RME
A study to investigate the effect of rapid maxillary expansion (RME) and/or transpalatal arch (TPA) therapy in combination with deciduous canine extraction (CE) on the eruption of palatally displaced canines showed successful eruption of these canines in 80 percent of cases for the RME/TPA/CE group.22 When the extraction of deciduous canines was coupled with a TPA appliance to hold back the first permanent molars, the success of eruption was 79 percent, whereas extraction of the primary canine alone resulted in self-correction and eruption in 62.5 percent of cases. In contrast, only 28 percent of cases in the control group receiving no interceptive treatment resulted in self-correction/eruption. Of significance was the fact that PDCs with a fully developed root demonstrated significantly less probability of successful eruption following interceptive treatment. This outlines the importance of early detection of PDCs to allow for the provision of successful interceptive treatment. Given the findings of this study, extraction of maxillary primary canines in combination with RME may be best suited to cases in which there are other findings present that warrant maxillary expansion (posterior crossbite, transverse discrepancy, narrow maxillary arch with crowding, etc.) (Fig. 7A-C).

FIGURE 7A. This 12 year old female patient presented for examination in the early mixed dentition. Note the significant overlap of both tooth #1.3 and #2.3 with the maxillary lateral incisors.

FIGURE 7C. Preventive treatment consisted of the extractions of the maxillary primary canines in combination with a rapid palatal expander resulting in improved eruption of the PDCs.

Clinical Recommendations
Early detection and diagnosis of PDCs is crucial in the prevention of impacted canines. The primary care dentist is in a great position to screen patients at the ages of 8 to 11 by simple clinical palapation of the maxillary buccal canine bulge and radiographic evaluation of the maxillary erupting canines. The absence of a buccal canine bulge intraorally and presence of an erupting canine crown that is overlapping the maxillary lateral incisor on a radiograph is evidence of a palatally displaced maxillary canine. This finding should raise a flag and initiate a conversation with the patient’s parents regarding preventive treatment to avoid future impaction. With no treatment, one can expect self-correction and successful eruption in merely 30 to 40 percent of cases. In other words, as many as 70 percent of these PDCs will become impacted. However, by extracting the maxillary primary canine the probability of self-correction increases to around 65 percent and when coupled with a headgear or expansion appliance/TPA the probability of self-correction further increases to 87.5 percent and 80 percent respectively. Nevertheless, because successful self-correction and eruption of the permanent canine can take as long as 18 months, a long observation period is required to monitor the eruption of these teeth. OH

Dr. Harold Rosenberg BSc, DDS, MSc (Ortho), FRCD(C) is an Orthodontist in private practice in Etobicoke, Ontario. He can be reached at drhr@humbertownortho.com.

Dr. Austin Chen BSc, DDS, MSc (Ortho), FRCD(C) is a Staff Orthodontist at the Hospital for Sick Children, Associate Professor at
the University of Toronto, Exam Coordinator for the Royal College of Dentists of Canada and is in private practice in Vaughan, Ontario. He can be reached at drchen@vaughanortho.com.

Dr. Shervin Abbaszadeh BSc, DDS, MSc (Ortho), FRCD(C) is a Staff Orthodontist at Holland Bloorview Kids Rehab Hospital, Associate in Dentistry at the University of Toronto, an Examiner for the Royal College of Dentists of Canada and is in private practice in North York, Ontario. He can be reached at shervin@clearlyortho.com.

3. Power SM, Short MB. An investigation into the response of palatally displaced canines to the removal of deciduous canines and an assessment of factors contributing to a favourable eruption. Br J Orthod 1993; 20: 215-23. 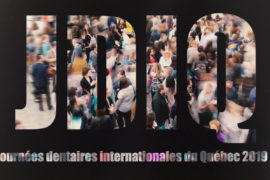