Periodontal diseases are a diverse family of inflammatory conditions that affect the periodontium and negatively impact our oral health.1,2 Orthodontic appliances, such as traditional brackets and wires can create numerous plaque retention sites, increasing the patients’ risk of developing periodontal disease and dental caries.3 The periodontal tissue reaction to the orthodontic appliance depends on a multitude of factors, including host resistance, presence or absence of systemic conditions, type of appliance and material used, as well as the amount and composition of dental plaque.4 Additionally, lifestyle choices, such as smoking, can also adversely affect the periodontal health.5 The evaluation of these factors has gained significant attention as well as considerations on how to reduce these risks.6-14 There have been numerous documented reports15-17 of significant increases in the number of oral bacteria during orthodontic treatment. Current evidence supports an association between the increase in plaque indices and the decrease in overall oral health of orthodontic patients, especially in cases where fixed appliances are used.18-21 Regardless of the nature of the orthodontic appliance, whether they are removable, thermoplastic, contoured wires, or brackets and arch wires, they inhibit the stimulation of the gingival papilla and the mucosa by the tongue, lips, cheeks, and saliva.22,23

There has been an increasing trend in the recent years of prospective orthodontic patients seeking more aesthetic and comfortable alternative solutions to the conventional fixed appliance treatment.24,26 As a result, clear aligner therapy has been rapidly gaining in popularity in order to meet these demands.27 The goal of this narrative review article is to summarize the literature evidence for the changes in oral health status of orthodontic patients receiving clear aligner therapy and assess how this modality might compare to traditional fixed appliances.

In a prospective clinical trial conducted by Miethke et al.,28 the periodontal status of 30 patients treated by Invisalign and 30 patients treated by buccal fixed appliances were monitored at 3 consecutive appointments over 3-4 week intervals. Gingival inflammation was assessed via the modified Gingiva-Index (GI) by Löe and Silness,29 as well as the Papillary Bleeding Index (PBI) by Saxer and Mülemann.30 Plaque was measured by the modified Plaque Index by Löe and Silness.31 Pockets were measured via sulcus probing depth (PD). From the first adjustment appointment to the third appointment, patients in both groups demonstrated improved oral hygiene, as scores for all indices improved. There were no statistically significant differences detected between these two treatment modalities at all time points. In the subsequent clinical trial conducted by Miethke et al.32,30 fixed lingual appliance patients were recruited to compare their periodontal health status with the clear aligner group from the previous study.28 Using the same indices for measurement of periodontal status, the clear aligner group demonstrated better indices scores than fixed lingual group, although the probing depth scores were similar in both groups.

Karkhanechi et al.35 studied the comparison of periodontal status of adults treated with clear aligners versus fixed buccal appliances over a 1-year follow-up period. This was a prospective clinical trial with 22 patients in the fixed buccal appliance group and 20 patients in the clear aligner group. Patients were followed up at 6 weeks, 6 months and 12 months time points, using the plague index (PI),29 gingival index (GI),31 bleeding on probing (BOP) and pocket depth (PD). Subgingival bacterial samples were also collected over the same time frame. Their results revealed that in the short term, no differences were noted in the PI, GI or BOP between the two groups. However, over a period 12 month, the aligner group demonstrated less plaque accumulation, leading to decreases in PI, GI, BOP and PD. In contrast, the fixed appliance group reached a peak increase in these periodontal indices at the 6th month time point, followed by a gradual decrease at the 12th month mark. This led to the authors to conclude that removable clear aligners improved periodontal status of patients over a 12-month period than fixed appliances.

A prospective clinical trial by Azaripour et al.36 in 2015 compared the periodontal parameters and quality-of-life between removable aligners and fixed appliance therapy. A total of 50 patients were recruited in each group, measuring gingival index31 (GI), sulcus bleeding index37 (SBP), approximate plaque index.37 (API) and modified plaque index38 (MPI) at beginning and 6 months into treatment. The data revealed that dental plaque, as measured by API or MPI, had no significant differences between the groups, although the mean plaque index was higher in the fixed appliance group. However, the gingival parameters were significantly better in the aligner group. The GI and SBI indexes barely changed in the aligner group whereas they nearly doubled in the fixed appliance group. The authors concluded that clear aligner treatment resulted in less negative impacts to the gingival status of the patient than fixed appliances, however, no significant differences exist in plaque accumulation.

Abbate et al.39 conducted a randomized clinical trial in 2015 to explore the periodontal and compliance changes in teenagers treated by clear aligners and fixed appliances. A total of 50 teenagers were randomly assigned into the two groups, with follow-ups at beginning, 3 months, 6 months and 12 months of treatment, using similar protocols of past studies.33,34 According to their results, the plaque and bleeding indices reduced for the clear aligner group, while it increased for the fixed appliance group. The probing depth increased in both groups; however, the increase was larger in the fixed appliance group. This overall showed that teenagers treated by clear aligners generally presented with less plaque and inflammation than fixed appliances.

Chhibber et al.40 recruited 71 adolescent participants and randomly distributed to clear aligner, self-ligating and elastomeric ligated fixed appliance groups. At time points of 9 and 18 months, their plaque index41 (PI), gingival index21 (GI), papillary bleeding index (PBI) were measured. Their results showed that after 9 months of treatment, the clear aligner patients had better GI and PBI scores than either fixed appliance groups. Clear aligner patients were 86% less likely to have gingival inflammation and 90% less likely to have papillary bleeding than elastomeric fixed appliance patients. However, over the entire 18 months of study, no significant differences in the periodontal health were detected among the groups.

Biofilm adherence differ in clear aligners than the dentition.42 The most prone area for adherence of biofilm are on the posterior dentition and palatal surfaces.43 The full coverage of the aligner prevents the self-cleansing effect of the tongue, as well as the increased contour of the palatal gingiva margin are prone to contamination, similar to artificial crowns.44 Additionally, food debris from the buccal and palatal surfaces tend to collect in the incisal edge region of the aligner trays, due to its funnel shaped nature, whereas this region is self-cleansing in the dental arch.43

A recent study has revealed that significant amounts of biofilm and bacteria can remain on the surfaces of the thermoplastic aligners even when proper oral hygiene is undertaken.45 This was attributed to the numerous irregularities and niche spots inside the surfaces of the aligners, allowing easy of bacterial colonization, such as the indentation regions for attachments and cusp tip or incisal edges.

According to a prospective clinical trial by Shpack et al.43 on the efficacy of various cleaning protocols for removable clear aligners, the use of chlorhexidine and vibrating bath with cleaning solution reduced biofilm adherence by 16% and 50% respective, when compared to standard brushing. The superior results with a vibrating bath was thought to be due to the partial calcification of plaque during the 2-week period of wear,46,47 as seen in complete dentures.48-50 The cleaning solution is composed of Sodium Sulfate (60%), Sodium Carbonate (30%), Sodium Tripolyphosphate (7.5%), Sodium Dichloroisocyanurate (2%) and Sodium lauryl sulfate (0.15%). These agents allow the solution to function as pH neutralizers, disinfectants and detergents.51,52

Due to these reasons, Moshiri et al.42 emphasized that patients must remove their aligners while eating. (Table 1) Fluoride trays were also suggested for those with a history of caries or decalcification.

Additionally, doubling the aligners, such that the patient is switching to a new aligner each week was also recommended. Lifestyle choices is also an important factor, it is helpful to avoid foods and drinks with acidic or cariogenic nature, such as those containing sugars.

Although more research is still needed in this area,40 the current available evidence suggest that in the short term, removable clear aligners may have superior oral hygiene and periodontal status than fixed appliances.32-34,36,39,40,53 The fixed appliance treatment seems to lead to a transient increase in the accumulation of plaque and gingival inflammation within the first 6 to 9 months,35,36,40 but tends to gradually decrease thereafter.40

Dr. Tim Lou earned his dental degree from University of Manitoba and his specialty in Orthodontics at the University of Toronto. During this time, he completed a Master’s research project on Invisalign and have published numerous articles and book chapters in this subject. In his spare time, Dr. Lou enjoys travelling, trying out new restaurants and spending time with family and friends. 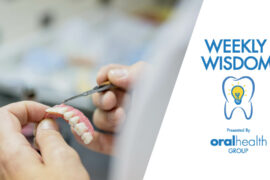