Oral cancer is a serious disease and for dental professionals, the stakes are high. Detrimental cultural oral habits are deeply entrenched in today’s global societies resulting in greater potential for people to develop mucosal lesions and oral cancer. By learning and providing this new knowledge of how specific cultural oral habits can cause oral cancer, oral healthcare providers can make a huge difference through education and providing people with the care and assistance they need to prevent this disease.

Today, 24.6 million people worldwide are living with cancer. Of all cancers that exist globally, 2.7 percent are found in the lips and oral cavity, and oral cancer is the 8th most common kind of cancer to die from. The significant trends in global oral health are the following:

In the countries of the Horn of Africa, khat is an evergreen shrub chewed for its enhanced relaxation and socially stimulating effects. Many young men chew khat leaves and are stoned most of the day, being unproductive and a drain on society. Cathinone is the alkaloid present in khat which acts as a stimulant on the nervous system giving the sense of euphoria. Chewing khat causes severe gum disease and high incidences of stomach and oral cancers. A study by Gorsky and Epstien in 2010 showed that 83 percent of users developed leukoplakia, which can become cancerous if left untreated. Canadian authorities reported that in 2008, khat was the most common drug illegally smuggled through the country’s airports.

Betel nut is a combination of the leaf of the betel vine, burnt limestone with a pink dye spread on it, followed by a slice of the soft inner nut from the areca palm tree. It is wrapped up into a quid, placed in the cheek and chewed for about 15 minutes. Betel nut is chewed for its euphoric and exhilarating effect due to the stimulant arecoline. This culturally approved ‘drug’ acts as a stress reducer while heightening awareness, suppressing hunger, increasing the capacity to work, and providing a hot sensation in the body. A person who chews betel nut will often develop damaged gums with the possibility of resulting cancer of the mouth, esophagus, or stomach. 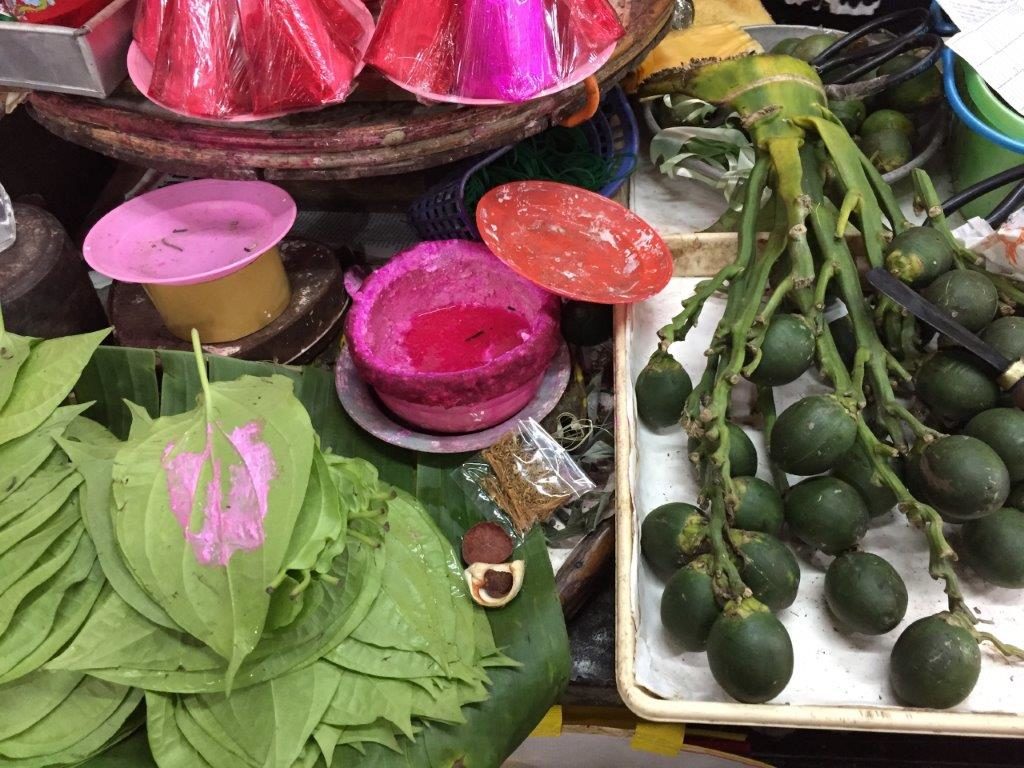 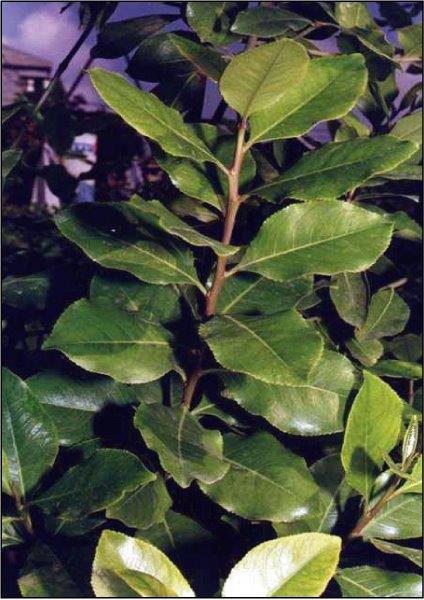 Coca leaves are commonly chewed in South America. Coca leaves provide energy and stop hunger; however, the most common use is to help counteract altitude sickness as people walk distances with various elevation changes. People who chew coca leaves regularly often notice increased joint pain. Coca leaves were at one time used as flavouring in the soda drink Coca-Cola. Coca leaf is most known in the world when refined as cocaine.

Kola nuts are found in rural West Africa, often given to those in authority as a sign of respect, leadership and honour. Kola nuts enhance physical energy thereby increasing body temperature, respiratory rate, and blood pressure. As with coca leaves, the makers of Coca Cola have been known to use kola nuts as well for flavouring in their soda. Kola nuts are addictive, impacting oral health by staining teeth, inhibiting bone formation in children and may cause esophageal or stomach cancers.

Chewing a variety of plant-based stimulants is a popular pastime for many cultures. Unfortunately, these stimulants are extremely addictive, and their use may cause oral lesions progressing to become oral cancer. 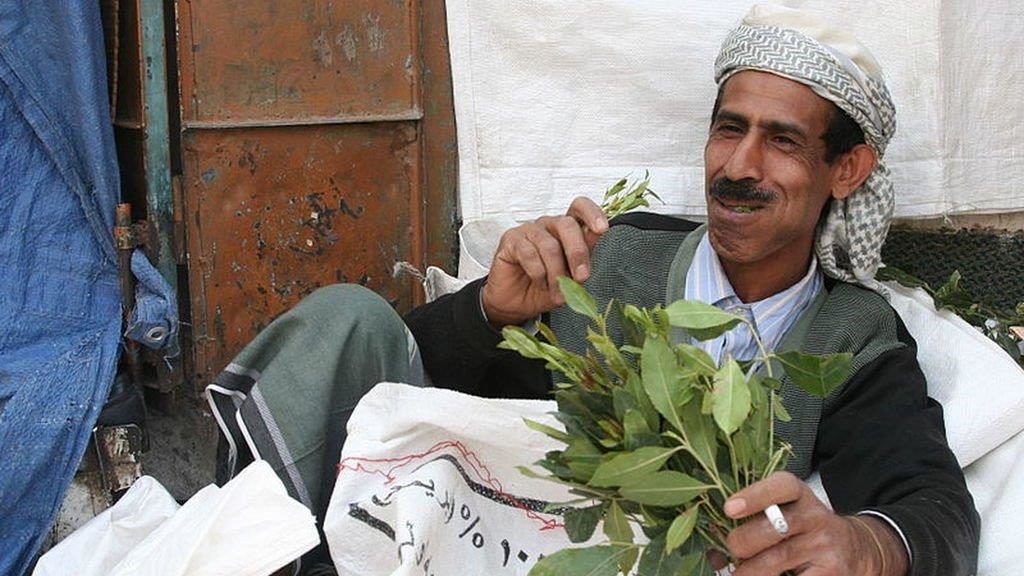 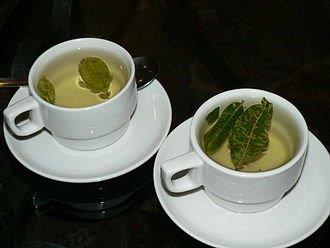 2. Oral Cancer Is On The Rise As Lifestyle Risks Increase
Oral cancer is rising at an alarming rate in people under 45 years of age. Research demonstrates that the human papilloma virus (HPV) is rising worldwide due to the practice of oral sex particularly in younger populations. Globally, HPV incidence increased from 23 percent in the 1960’s to 68 percent in the 2000’s. As well, it is now common for a person to have 4-6 sexual partners in their lifetime, creating a three-fold increased chance of developing oral cancer. Usually 90% of HPV viruses clear within 2 years when a person’s immune system is functioning well. However, if HPV is persistent, there is a ten-fold increased correlation of cancer. 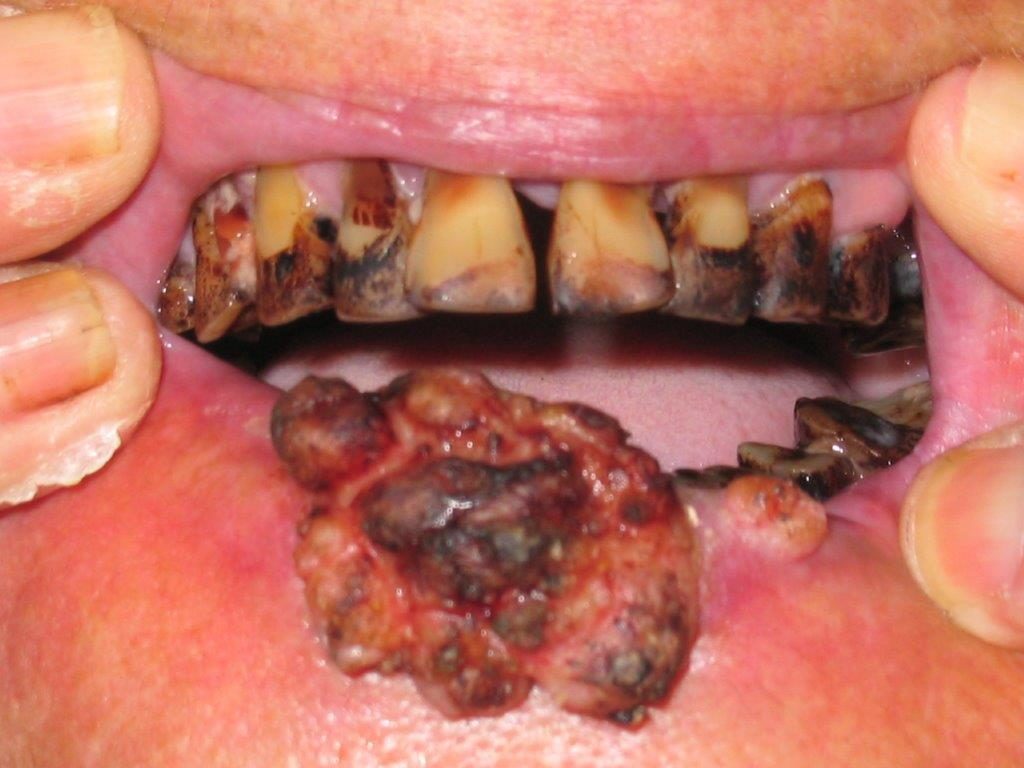 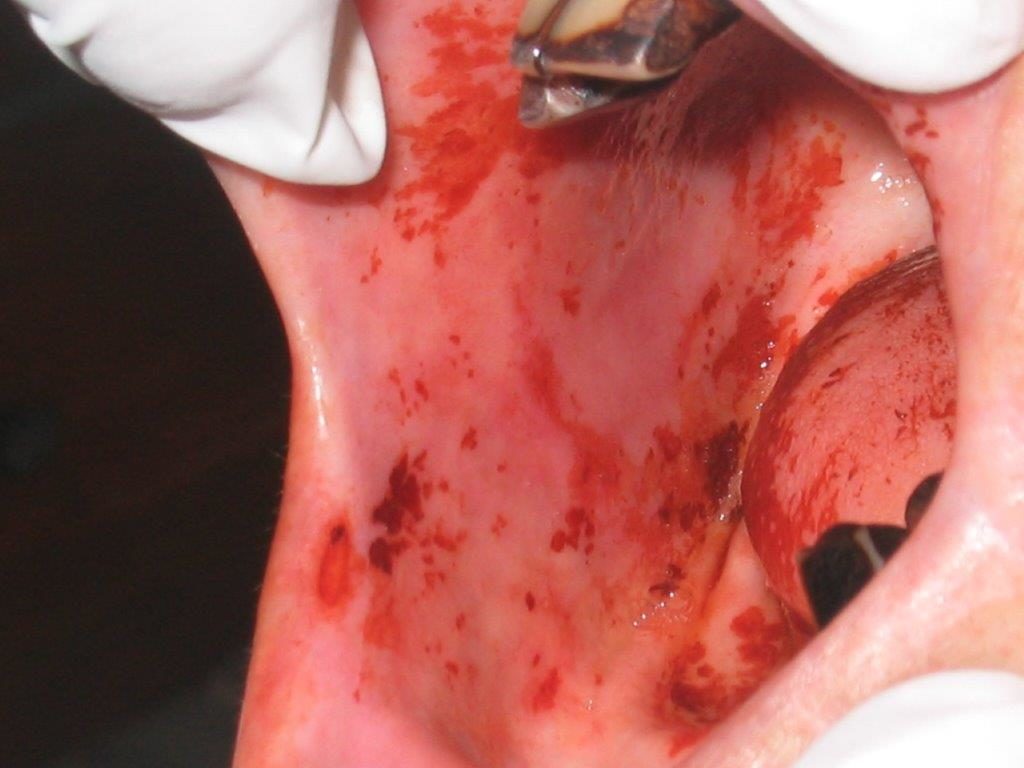 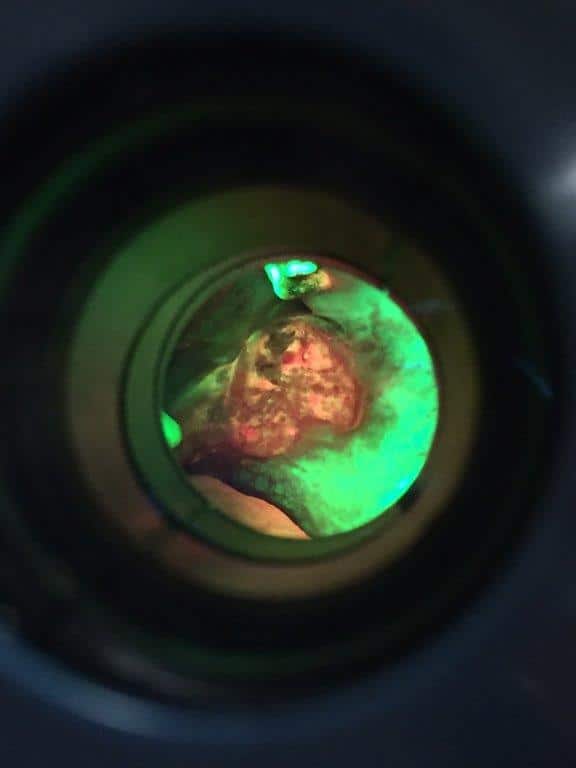 The reported etiological agents and risk factors of oral cancer include tobacco and frequent alcohol use, the use of betel nut, a history of cancer, diet, acid reflux, human papilloma viruses (16 and 18), and a compromised immune system. However, 25% of people have no risk factors, so by assuming that patients who drink and smoke are at greater risk is not always accurate.

4. Diagnosis Of Oral Cancer Is In Late Stages
Why is oral cancer diagnosed in such late stages? The answers could possibly be due to limited access to health care, lack of economical resources, and fear may impede some from getting care early. Commonly diagnosis is delayed as people are unaware of oral cancer and do not seek out professional help. To compound matters, many individuals possess misconceptions about oral cancer. Some people think that overly spicy food or biting the cheek will cause cancer. Some believe that cancer is contagious. A patient’s knowledge of oral health should not be taken for granted by the oral health provider. Around the world, training is lacking and even in Canada there is a low awareness of risk factors and prevention of oral cancer.

Still, there is hope. Counseling for the cessation of tobacco use is readily available from many sources. As we know, some oral diseases are preventable when appropriate behaviours are reinforced and encouraged by public health promotions. Health promotion is key to minimizing the impact of oral diseases worldwide. Oral health professionals have a prime opportunity to perform visual extra-oral and intra-oral examinations and adjunctive light activated oral screenings. These light-activated screening tools can assist to detect healthy tissue, bacteria, and squamous cell carcinomas of the oral cavity. Today, in Canada, the British Columbia Cancer Agency widely uses the ‘Velscope’ in research and diagnosis of oral cancer. The photo below shows oral squamous cell carcinoma due to no fluorescence of the tissues and revealing the black spread of cancer cells. 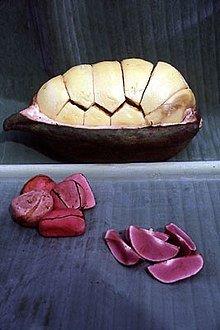 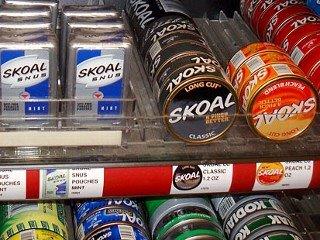 As global societies become more intertwined and cultural practices continue to spread in new ways through globalization, there is a need for dental professionals to become educated about and create greater public awareness regarding the health risks associated with chewing and consuming certain historically accepted substances. Education about the harms of chewing specific substances is imperative for younger age groups. This is especially true for expatriates who relocate for employment, as they will adapt to the cultural oral habits and practices of the country they reside in, not realizing the health risks or effects.

The provision of support and care is necessary as people learn and recognize the potential harm of different cultural rituals and oral practices. Increasing awareness of the hazardous and addictive effects of tobacco use, alcohol abuse, and any leaf or nut chewing habits will diminish the risks of developing oral cancer. With this knowledge, dental and healthcare professionals can be promoters of health and increased lifespan, positively impacting abundant living around the world.

Sherry impacts the lives of people globally with her dental hygiene life focus to “assist people to attain optimum oral health through research, education and clinical practice”. Sherry graduated with her Dip.DH (UofA), BDSc and MSc (UBC). She has published in the Vietnam J of Med and Pharm, the Can J of Dent Hyg, the Int’l J of Dent Hyg and the Dent Health J (UK). Sherry was awarded the ‘World Dental Hygiene Award in Research’ by SUNSTAR and the International Dental Hygiene Federation for her pioneering study in oral cancer and cultural risk factors in Vietnam. She mentors UBC students in further study by taking them annually to Vietnam to learn about risk factors and oral cancer victims.