Treat your spouse in Ontario and you’re exposed to the immediate loss of your license for five years. Grass roots spousal and dentists’ submissions can help assure alternatives.

We have allegedly been told by the HPRA council that spouses and dentists have been breaking the law since 1993. RCDSO has also told us that post February 2010 they would have to apply the law (ZTR) for complaints at Discipline.
The Health Professions Regulatory Act’s Council has been asked to collect submissions from stakeholders and submit a report with recommendations back to Government.

Previously, consensually treating one’s spouse, when there was clearly no predatory sexual abuse, was permitted. Now under “zero tolerance rule”, there is an automatic/immediate loss of license with no appeals, no exceptions.

The Dental College had been investigating first and then if needed, proceeding to the discipline level that currently has no choice but to revoke a dentist’s license. If the Government had or has its way, any complaint about a dentist treating their spouse will go straight to discipline; no alternative process to exclude spouses.

These are the basics of the Zero Tolerance Rule (ZTR) for health care professionals that have existed since 1993, except for a letter that the Dental College was given. It has never been disclosed for dentists to read because of a confidentiality agreement with government. We are now told that it didn’t stop dentists from breaking the law and it now has the ability to cause harm and prolonged suffering to innocent dentists, their spouses and their families.

Spouses, who are the true victims of this legislation, now have the opportunity to voice their opinions and reasons for alternatives to the current law.

However, to date the response of spouses and their dentists has been disappointing. Only 16% of dentists clicked a button to send the Liberal government a letter about their concerns regarding the ZTR. We need the support of the other 84% and their spouses NOW, if an alternative treatment of spouses is to be considered. Verbal submissions by spouses and dentists have been minimal.

A coalition of spouses’ website has had a 5% support to the emails sent. Money raised has been used to keep the website, facebook and twitter accounts alive for an extra four months. The money for a legal submission is not important now; spouses’ submissions are needed now. They are the victims.

Two hundred and twenty-nine submissions have been received by the HPRA council on its website to date, mostly from dentists. This is less than a tenth of 1% of the number of dentists and spouses that could say yes for alternatives for spousal treatment by dentists. At least 50% or 4000 submissions are needed in order to be meaningful to Government.

Dr. Randy Lang’s article, along with Teresa Boyle’s article in the Toronto Star, got the Health Minister to admit spouses’ and dentists’ concerns are legitimate and gave them and others an opportunity to weigh in on the issue. Now we must show our vote for change.

A personal poll indicates that 80% of dentists that were treating their spouse may continue to do so. In general, they feel that the law is unreasonable and unjustified; that their spouse should have the freedom and right to choose them as their dentist. This passive, peaceful push back to regulations is not the norm for dentists. They have had an immaculate record of self regulation with regard to any kind of sexual abuse. They will be simply putting the needs of their spouse ahead of a bad law that needs to be ended. They are being a spouse at the risk of losing their license to be a dentist.

The government could possibly face an unnecessary confrontation with 5000 dentists and their spouses. They must make submissions and then if the spouses are ignored, the Canadian Constitution Foundation has indicated it will take up a constitutional challenge for alternatives to spousal treatment as a constitutional issue.

Unless a majority indicate their wish for consideration of alternatives now, the application of the ZTR is just a complaint away and there will be nothing one can do; except to leave the province until a more reasonable government exists to correct the unintentional interference of spousal treatment.

It only takes a few minutes to send a submission on line at the HPRAC website: https://hpractreatmentofspouses.questionpro.com/ or you can have the questions printed and mail or fax them.

The Spousal Website: www.zerotoerancerule.com has provided information and considerations have been presented. The ODA member website is providing information for members and spouses.

To assure that alternatives are considered for spousal treatment by their dentist spouse; go to the HPRAC’s website https://hpractreatmentofspouses.questionpro.com/ and send or sign up for a submissions and change the current law to have reason and justification for the ZTR application. OH 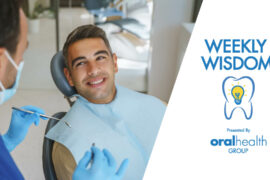