According to the World Health Organization in 2008, six to 10 percent of the world’s population is estimated to be edentulous.1 Close to 40 million people in the Western world, and 250 million people in Asia, are estimated to be fully edentulous. The Quality of Life studies in the scientific literature highlighted the compromises with conventional removable prosthesis versus benefits of implant retained removable or fixed prosthesis. In addition, even a larger but unspecified number of patients present with terminal non-restorable dentition will require full mouth rehabilitation in due time.

CONSEQUENCES OF TOOTH LOSS:
Residual ridge resorption in the three dimensions of the alveolar bone is one of the irreversible consequences of tooth loss. When the patient has been completely edentulous over the years, the predicament becomes worse over time, as the resorption pattern continues to change the intraoral morphology. Losing bone means losing the denture base surface area, therefore, making it difficult to treat a fully edentulous patient. Conventional complete dentures, especially in the mandibular arch, are compromised due to inadequate stability, retention and support. Other than bone loss, there are many other compromising factors that will negatively influence the final removable or fixed prosthesis (Table 1).

Clinicians and patients can choose from a comprehensive range of prostheseis; from conventional, removable or fixed prosthetics to implant-retained removable or fixed prosthetics. In order to place dental implants in the correct prosthetic teeth positions, it may require bone augmentation from either intra or extra-oral donor sites. For example, bone can be harvested from the mandibular ramus, symphysis or iliac crest donor sites.

Procedures may be required to augment various future implant recipient sites. The maxillary sinus may often require either an indirect or direct sinus grafting prior to implant placements.

The “traditional” approach will require the grafting procedures to heal four to six months minimally before the dental implants can be surgically placed. After surgical implant placement, it is necessary to wait several more months for osseous integration to heal, after which time it is possible for the delivery of the final restoration with functional loading. The total treatment or healing time is at least twelve months, and in most cases, the patients will utilize a removable provisional prosthesis aided by denture adhesives. A high percentage of the edentulous population are older and medically compromised, rendering higher risks with each additional surgery.

TEETH IN A DAY TREATMENT COMCEPT:
The concept of treating the full arch edentulous patients utilizes the following parameters: minimum of four implants per arch in the anterior mandible or pre maxilla, with posterior tilted posterior implants to avoid anatomic structures of the maxillary sinus or mandibular inferior alveolar nerve, decreasing distal cantilever lengths, cross arch stabilization of the splinted implants, fixed provisional prosthesis, and when possible, immediate loading of the provisional on the day of surgery (Fig. 1).

FIGURE 1. Mandibular and maxillary 4 Implants for Teeth In A Day.

TEETH IN A DAY TREATMENT WITH HIOSSEN DENTAL IMPLANTS – CASE 1

FIGURE 10. Titanium temporary abutments placed over the multiunit abutments in preparation for intra oral pick up of the complete denture.

TEETH IN A DAY TREATMENT WITH HIOSSEN DENTAL IMPLANTS – CASE 2

FIGURE 1. 53-year-old Male Chinese patient.
Medical status ASA 2, history of smoking for past 20 years. Past history of periodontal disease and dental phobic for dental treatment.
Past dental treatment consists only to address dental emergencies and relief of discomfort.

FIGURE 9. Final impression made with custom impression tray and Polyether (Impregum) material.
Verication jigs for both arches to conrm accuracy of master cast prior to fabrication of substructure in the nal prosthesis.
Radiographs to conrm seating of verication jigs and passive t checked the “one screw” insertion test.

This concept was developed, institutionalized and systematically analyzed in the scientific literature since the 1990s. The procedure has been a well-documented success for over 10 years. The technique was developed by Bo Rangert, a PhD in mechanical engineering. The concept has been supported by successful clinical outcomes from studies using protocols on which four implants have been placed to support a full arch prosthesis. Overall, published data on this treatment option shows cumulative survival rates between 92.2 and 100 percent – percentages which that are comparable to the “traditional” approach.

The profession was skeptical of this new treatment concept and the controversy lead to additional clinical trials.

Since the introduction of this new treatment concept, controversies and skepticism were raised among the profession and more studies were conducted to evaluate the success of such treatment option.

The utilization of posterior tilted implants wasere validated with several quality studies. A five-year retrospective longitudinal study (Koutouzis and Wennstrom) failed to support the hypothesis that implant inclination has a negative effect on peri-implant bone loss. Another five-year study on tilted implants in both jaws found a 98 percent success rate for tilted implants in the maxilla and a 100 percent success rate in the mandible. Stress patterns around distal angled abutments in the All-On-4/Teeth In A Day concept configuration found that implants placed at 15 and 30 degree angles had very little difference in stress between the central straight and the distal angled implants.

Tilting of splinted posterior implants for improved prosthodontic support and diminished cantilever was evaluated using a two-dimensional finite element analysis. Furthermore, a study published in 1999 showed a high success rate for tilted implants from surgeries that were completed done in the early nineties almost 20 years ago.

Table 2 provides a comparison of the “Traditional” versus “Teeth In A Day” approach to full arch implant rehabilitation.

Dr. Mark H. E. Lin graduated from University of Detroit Mercy for his dental program. He then completed a 1-year General Practice Residency program at the Miami Valley Hospital in Dayton Ohio. He practiced general dentistry for 13 years then return to complete his postgraduate training in the specialty of Prosthodontics at the University Of Toronto. He maintains
a full time specialty practice as a Prosthodontist at Dr. Mark Lin Prosthodontic Centre.

4. Immediate rehabilitation of the mandible with fixed full prosthesis supported by axial and tilted implants: interim results of a single cohort prospective study. 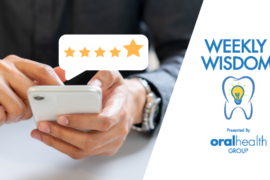