Xylitol: Natural Sweetener It may also be good for your teeth.

What Is It?
Xylitol is a naturally occurring sweetener that is found in agricultural and forest products, (e.g. raspberries, plums and cauliflower), and it is produced by the human body during its normal metabolism of glucose at the rate of approximately 10 to 15 grams daily. It is a five-carbon sugar alcohol, or polyol (chemical formula: C5 H12 O5) that can be synthesized from a number of natural products such as corncobs or the bark of birch trees. Even though commercial xylitol is synthesized, it is considered a natural substance because its chemical composition is identical to the naturally occurring substance. It is an odorless white crystalline powder with nearly the same sweetness as sugar, but having 40 percent less calories. It is metabolized in the liver as a normal carbohydrate, but at a much slower rate than sucrose. Xylitol has a glycemic index of seven, as compared to that of sugar, which is 64, and glucose, which is 100. It has no aftertaste and also has a very pleasant cooling sensation when it dissolves in the mouth.1

History
Xylitol was discovered in 1891 by a chemist named Emil Fischer. It was used chiefly as a research chemical until World War II resulted in a shortage of sugar in some European countries, especially Finland. Finnish researchers and engineers succeeded in developing an industrial method for xylitol production on a small scale to provide an alternative to waning supplies of sucrose. The first xylitol chewing gum was produced and distributed both in Finland and the United States in 1975. Today, xylitol is found in many products such as mints, toothpastes, mouthwashes, confections, pharmaceuticals, and dietetic and diabetic foods, as well as in bulk form.1

How Does Xylitol Work
Xylitol’s unique five-carbon structure prevents many types of bacteria including Streptococcus mutans from metabolizing it, resulting in less bacteria and less plaque on the teeth. This is the key reason that xylitol has been found to be marginally effective in preventing or reducing dental caries.

The different varieties of oral bacteria have different ways of dealing with xylitol. Some aggressive types including Streptococcus mutans eagerly ingest xylitol and apply their sugar-processing machinery to work phosphorylating and dephosphorylating but are unable to successfully complete the fermentation process. The bacterium ultimately expels the intact xylitol (instead of the usual acid) back into the plaque where it can be ingested by another member of the bacterial colony. This “futile cycle” requires a significant metabolic effort and ultimately decreases the number of Steptococcus mutans. The long-term survivors are generally a group that just ignores xylitol and are often referred to as “xylitol-insensitive”. The usual pattern is a rapid decline of xylitol-susceptible acidogenic bacteria and a replacement by less harmful bacterial strains that can ferment xylitol slowly, produce very little acid and gain no competitive advantage in the mouth.
In Mäkinen KK’s 1978 paper, The Biochemical Principal of the Use of Xylitol in Medicine and Nutrition with Special Consideration of Dental Aspects, it stated, “Xylitol appears to be the only known cariostatic natural carbohydrate which meets most of the desiderata for a sweetener in the human diet.” Makinen propsed several possible molecular and microbiological mechanisms for this cariostatic action including: a) Molecular size (e.g. the short, open-chain structure and absence of reducing groups), b) Absence or relative lack in most oral microorganisms of xylitol-binding factors in dental plaque, c) Lack of bacterial genes coding for xylitol-utilizing enzymes or of inducible or de-repressible genes for this purpose, d) Inhibition of enzymes involved in cariogenesis (competitive in case of some isomerases), e) Enzyme specificity requirements,  f) Higher osmotic pressure exerted by xylitol as compared to hexoses and disaccharides, g) Ability of xylitol to produce a favorable electrolyte concentration in the saliva without lowering plaque pH, h) Ability of xylitol to increase the secretion and activity of salivary lactoperoxidase and certain other (muco) proteins. Xylitol may enhance the absorption of glycoproteins on the tooth surfaces and strengthen the acquired pellicle.

Safety
Xylitol is considered safe for human consumption and is an approved food additive. The Federation of American Societies for Experimental Biology confirmed this in a study in 1986 prepared at the request of the U.S. Food and Drug Administration, which approved its uses as a sweetener in 1963. The Joint Expert Committee on Food Additives not only verified that xylitol was safe for humans but also discounted adverse findings in a 1970 animal study by stating that a review of the results were found not to be relevant to humans. This committee, which is an advisory body to the World Health Organization and the United Nations, allocated an Acceptable Daily Intake of “not specified”, which is the safest category that a food additive can be given. In addition, the European Union has accepted xylitol as acceptable for human dietary use.

According to the American Society for the Prevention of Cruelty to Animals Poison Control Center, xylitol, when ingested by dogs, can pose a considerable risk of toxicosis due to an increase of blood insulin levels that results in significantly diminished blood glucose levels.4

The Cochrane Collaboration
The Cochrane Collaboration reports summarize the best available evidence-based research to help guide healthcare decision makers to choose better outcomes. The Cochrane contributors, 37,000 from more than 130 countries, work together to produce credible, accessible health information that is free from commercial sponsorship or other commercial interest. Many of their contributors are world leaders in their fields – medicine, health policy, research methodology or consumer advocacy. Their work is recognized as an international gold standard for high quality, trusted information.2

We found some low quality evidence to suggest that fluoride toothpaste containing xylitol may be more effective than fluoride only toothpaste for preventing caries in the permanent teeth of children and that there are no associated adverse-effects from such toothpastes. The conclusions from this study should be interpreted with caution because of a high risk of bias due to the fact the studies were carried out by the same authors on the same population.3

Disadvantages
There are some minor disadvantages to using xylitol. Xylitol toothpaste is not widely available in all major pharmacies and grocery stores in Canada. As a result, the dental office or the internet will have to be the main supplier of the products for patients needing the dental benefit. Xylitol products are currently available in a variety of specialty retailers and their availability appears to be increasing. If xylitol has never been used before, ingesting a large amount at one time (approximately 100 grams) may result in temporary gastrointestinal discomfort. However, this problem disappears quickly because the body not only produces xylitol during normal metabolism but also produces the enzymes necessary to break it down. The gastrointestinal discomfort is not a concern when xylitol is used at the dental recommendation of 6 to 12 grams daily.4

Xylitol and Oral Health
Eating sugar causes tooth decay by creating a highly acidic condition in the mouth. Using xylitol is not a substitute for a good preventive program of eating less sugar and using fluoridated toothpaste along with daily brushing and flossing. The recommended daily dose of xylitol for maximum caries prevention is 6 to 12 grams per day.5

Disclaimer: All information is intended for your general knowledge and is not a substitute for medical advice or treatment for specific medical conditions. You should seek prompt medical care for any specific health issues and consult your physician/dentist before starting a new dietary regime. The previous research has been compiled by Dr. Deborah Wilson and is based on the research referred to in this paper.

Dr. Deborah Wilson graduated from the University of Toronto Faculty of Dentistry School in 1984. She has over 25 years of professional experience. As a University of Toronto Alumni, Dr. Wilson strives to provide the highest quality of service to her community. Dr. Wilson is a member of the Ontario Dental Association and the Canadian Dental Association. 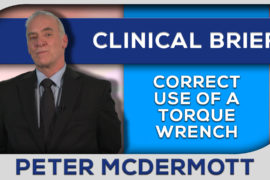