The peak business organisation representing manufacturers and suppliers of dental products, the Australian Dental Industry Association (ADIA), has welcomed and strongly endorsed the Australian Government’s response to the review of medicines and medical device regulation.

“ADIA has been a vocal proponent for reforms to ensure that the medical device regulatory framework is based on a risk management approach designed to ensure public health and safety, while at the same time freeing industry from any unnecessary regulatory burden. The reform pathway offered by the Minister for Health helps achieve this,” said Troy Williams, ADIA Chief Executive Officer.

As a result of advocacy undertaken by ADIA and other stakeholders in the medical device sector, the Australian Government has accepted the need to alter regulatory approval processes that will allow for faster access to certain medical devices that are approved based on assessments from comparable overseas regulators.  Consistent with ADIA’s advice to the Australian Government, the proposed reforms will reduce duplication of effort, leading to efficiencies, while ensuring Australian consumer protection is maintained through retention of oversight by the Therapeutic Goods Administration (TGA) as the final decision-making authority.

“From the perspective of the dental industry, increased reliance on assessment from comparable overseas regulators is a game-changer.  It will significantly reduce red tape for manufactures and suppliers of dental products and allow them to introduce new and innovative products to the Australian market faster and with lower costs than before,” Mr Williams said.

According to ADIA, the task of identifying comparable overseas bodies that can be used to fast-track the process of gaining Australian regulatory approval for market access will be a significant challenge for the TGA.  However, the TGA has engaged proactively with ADIA and key stakeholders to develop transparent criteria that it will utilise in order to designate suitably qualified to undertake Conformity Assessments of medical devices.

“The commitment of the TGA to work with the dental industry on this issue is to be commended.  As a result of our discussions to date, ADIA is confident that a long-term solution can be found that will allow businesses across the dental industry to identify which overseas bodies can be readily relied upon by the TGA for conformity assessment processes,” Mr Williams said.

The Australian Government’s proposed reforms won’t alter the need for most medical devices to be placed on the Australian Register of Therapeutic Goods (ARTG) with the obligations of manufacturers and importers in this regard remaining largely unchanged.  The major outcome of the reforms is that the process of confirming that the products meet the relevant standards will become considerably easier in the future.

“Particularly for importers of dental products, if the relevant Conformity Assessment has been undertaken by an body acceptable to the TGA, the costs will be lower and the timeframe shorter.  It’s a huge win for the industry,” Mr Williams said.

ADIA has paid tribute to the Minister for Health, the Hon. Sussan Ley MP, for taking the time to consult with the dental industry to ensure that the reforms support both businesses and consumers.

“Reform of this nature is complex and the Minister’s commitment to working with the dental industry to strike the right balance between deregulation and consumer protection is appreciated by ADIA and its member businesses,” Mr Williams concluded. 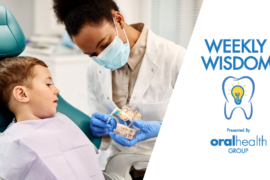