“As leaders in their respective fields, Rev. Matthew Foley, Dr. John Svirsky, and Dr. Eric Jackson perfectly exemplify the qualities we honor with these awards,” said CDS President Dr. Terri Tiersky. “These advocates, educators and practitioners have made significant contributions to advance dentistry and access to care overall, and we thank them for their steadfast dedication and outstanding contributions to our profession.”

“We are delighted to honor Dr. Eric Jackson with our 2020 Vision Award,” said CDSF Chair Trucia Drummond. “He represents the best of dental philanthropy and generosity. He gives with his heart as well as his skill and catches everyone up in his spirit to contribute to the better oral health of many diverse recipients.” 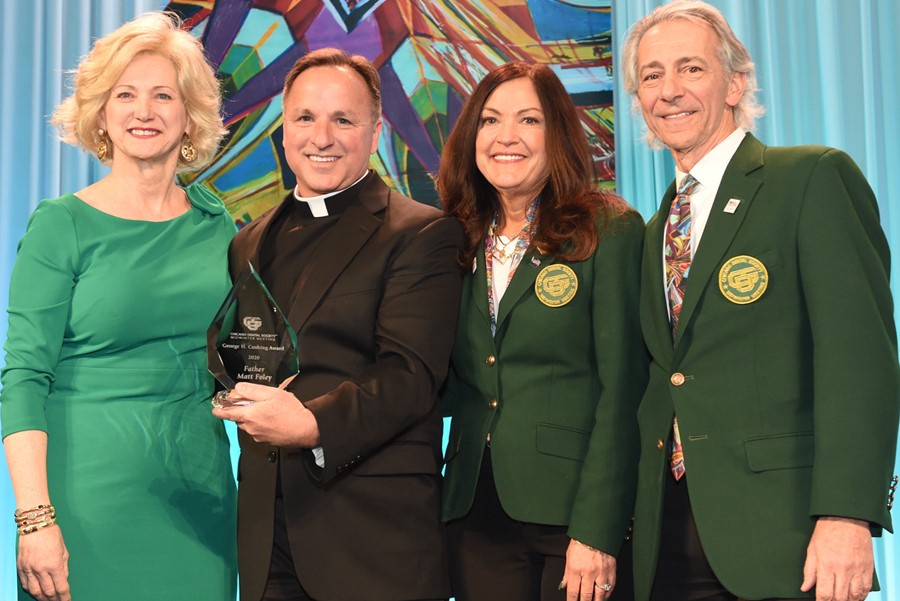 Honoree: Rev. Matthew Foley, pastor at St. James Parish in Arlington Heights, has been an advocate for Chicago and global communities in need for decades. Born in Milwaukee, Wisconsin, he moved to Libertyville, Illinois, as a teenager and is one of seven brothers and sisters. After graduating from Libertyville High School in 1981, he attended Marquette University prior to beginning seminary training.  In 1989, he was ordained to serve as Associate Pastor of St. Agatha located in the North Lawndale community on Chicago’s West Side. During his service at St. Agatha, Foley focused much of his attention on teaching at the school and developing a gang alternative program called St. Agatha Family Empowerment (S.A.F.E.). From 1994 to 2000, he served as pastor of Santiago Apostol Mission in Quechultenango, Guerrero, Mexico, a Chicago Archdiocesan mission. In this role, he served indigenous farmers living in 26 villages over 240 square miles in the Sierra Madre Mountains. From 2000 to 2008, he served as pastor at St. Agnes of Bohemia in the Little Village community on Chicago’s West Side. In 2008, Foley was commissioned into the U.S. Army as a captain serving in the Chaplain Corps and completed four combat tours in Afghanistan. Since 2001, Rev. Foley has taken groups of dental and health professionals to the Mexican state of Guerrero as part of  El Nino Rey, a mission to bring aid and education to children and break their cycle of poverty. The groups – including dentists, hygienists, nurses, translators and supporters – provide extractions, fillings and cleanings to hundreds of area residents, some of whom walked for hours to see them.

The Gordon J. Christensen Lecturer Recognition Awards is named in honor of Dr. Christensen’s many outstanding contributions to dentistry and the Midwinter Meeting. 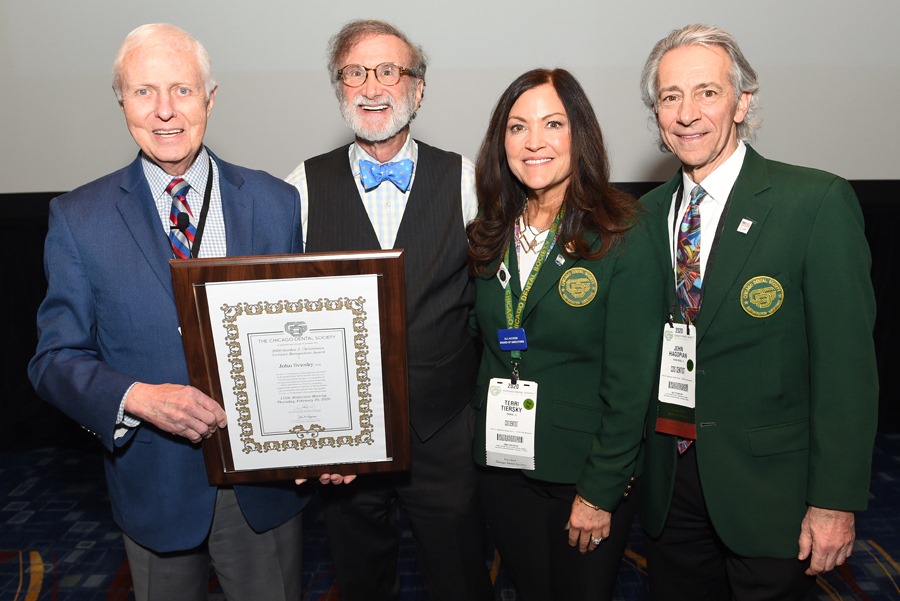 Honoree: Dr. John Svirsky is a board-certified oral and maxillofacial pathologist at Virginia Commonwealth University (VCU) in Richmond, Virginia, with a special interest in early diagnosis of oral cancer. He received his dental degree in 1973 from VCU and went on to complete a general practice residency at Long Island Jewish Medical Center/Queens Hospital Center, as well as an oral pathology residency at the Catholic Medical Center. He is currently a professor of oral and maxillofacial pathology and maintains a private practice in oral medicine and oral pathology in Richmond. Dr. Svirsky has developed a broad background in research, published numerous articles in the dental literature, and earned a master’s degree in adult education. Dr. Svirsky is an honorary member of the Thomas P. Hinman Dental Society and has received a Presidential Citation from the American Dental Association for significant contributions to the health of the public and the profession of dentistry. In 2012, he received the William J. Gies Award from the Greater New York Dental Meeting for contributions to oral health. The MCV Alumni Association of Virginia Commonwealth University also awarded Dr. Svirsky with the MCVAA Outstanding Alumnus Award in 2013. In 2015, Dr. Svirsky received the Distinguished Service Award from the Dawson Academy for Advancement of the Dental Profession through Research, Publication and Education and was awarded an Honorary Membership in the American Academy of Oral Medicine. In 2019, Dr. Svirsky was awarded the Distinguished Career Professorship from VCU and in February 2020 was named Professor Emeritus from VCU.

The CDS Foundation Vision Award honors dedicated volunteers who generously support access to care programs and dental education for the underserved in their community, and practice the dental profession with integrity, honesty, and truthfulness with commitment to protecting public trust. 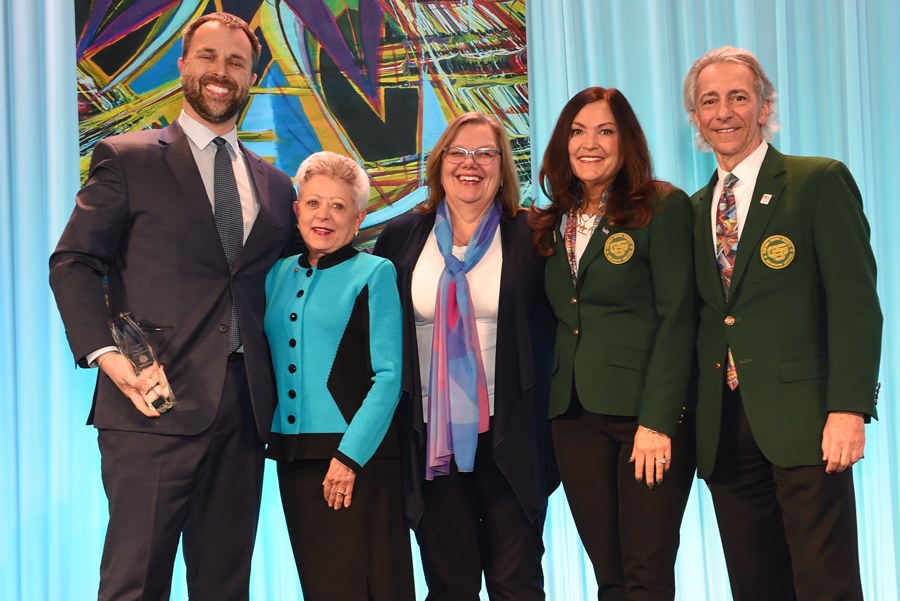 Honoree: Dr. Eric Jackson grew up in the Chicagoland area, where he attended Hinsdale Central High School, and later graduated from the University of Illinois at Urbana-Champaign with a degree in biology. After college, he returned to Chicago to complete his dental training at the University of Illinois at Chicago College of Dentistry, attaining not only his Doctor of Dental Surgery (DDS) degree but a Bachelor of Science in Dentistry as well. In his final year of dental school, Dr. Jackson was awarded the American Academy of Oral and Maxillofacial Radiology Award for his efforts and skills in the field of dental radiology. Dentistry runs in the Jackson family: his great-grandfather owned a dental laboratory in Chicago and his father is a practicing orthodontist. Dr. Jackson has served as a fellow in several dental professional organizations nationally and internationally, and was previously involved with the Chicago Dental Society’s membership committee and mentorship program. He has been on the National Board of Directors of the Academy for Sports Dentistry from 2017-2020 and will serve as president of the academy in 2021. Dr. Jackson also has served as the team dentist for the Chicago Bandits women’s professional fastpitch softball team since 2013. He owns Oral Health Care Professionals in Downers Grove, Illinois.

The CDS Midwinter Meeting is one of the dental industry’s premier annual events – bringing together more than 650 exhibiting companies and nearly 30,000 attendees, including more than 6,000 dentists, to create one of the largest exhibits of dental products and professional dentistry in North America. The Midwinter Meeting also connects attendees with the latest thought leaders and innovators in dentistry through more than 250 continuing education courses that cover a range of topics and feature valuable hands-on workshops, lectures and live patient demonstrations.

About the Chicago Dental Society

Trust a Chicago Dental Society (CDS) dentist with more than just your smile. Talk with them and you’ll see their work is an investment in not just your oral health, but your overall health. They are current on the dental trends and technology through extensive CDS continuing education programs, including the Midwinter Meeting. Ranking among Chicago’s top 20 conventions, the CDS Midwinter Meeting – one of North America’s largest exhibits of dental products and professional dentistry – welcomes approximately 30,000 dental professionals each year, and generates more than $32 million for the local economy (according to Choose Chicago). The largest local affiliate of the American Dental Association, the non-profit Chicago Dental Society represents dentists across the Chicago region. They’re your neighbors, friends and community anchors. Connect with the Chicago Dental Society at cds.org, where you’ll find our easy-to-navigate Find-a-CDS Dentist search tool. Or, connect on Facebook, Twitter, YouTube and Instagram.

About the Chicago Dental Society Foundation

Guided by a belief that all families should have access to quality oral healthcare, the CDS Foundation has awarded more than $1 million to local dental clinics and programs that help get people the dental care they need. CDS members donate funds and time to the Foundation, and those resources are used to improve the public’s access to dental care programs and education. Specifically, the CDS Foundation provides: dental health care to low income residents at the CDS Foundation Clinic; grants to local non- profit organizations that provide access to care, and to the leading dentistry schools at universities in Illinois; programs to increase oral health literacy and access to care in our communities; opportunities for industries to support oral health; and accepts donations that honor or memorialize a loved one as enduring tributes that help further the mission of providing access to care.

Visit Oral Health’s Classifieds to see job postings or if looking to buy or sell a practice and equipment! 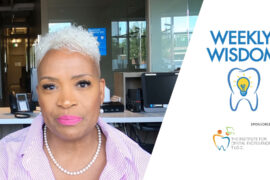