A heated argument between neighbours that ended with one man’s denture flying over the fence into the other’s yard, never to be seen again, has landed in B.C. small claims court.

On Tuesday, Bob Bjerregaard was ordered to pay his next-door neighbour $1,829 for a replacement and other costs after the Civil Resolution Tribunal found he took Todd King’s fallen denture and refused to return it after their dispute on May 27, 2021.

The details of what happened that day are laid out in a decision from tribunal member Leah Volkers, who found that Bjerregaard had committed the tort of conversion against King by intentionally depriving him of his personal property. It does not specify where the neighbours live. 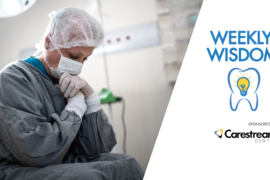