An Oklahoma man unlicensed to practice dentistry — and who attended dental school for just three days — treated dozens of patients at his office in Broken Arrow for over a year, officials told news outlets.

Bhatti’s arrest comes after a months long investigation by the Oklahoma Board of Dentistry, KOKI reported.

The board received a tip in June from one of Bhatti’s patients, the outlet reported. The patient was sorting out a billing issue following an appointment when their insurance provider discovered they had no record of Bhatti. 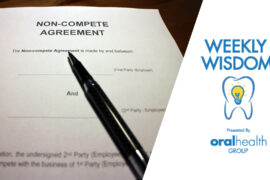