On February 11th, GC will celebrate the 100th anniversary of the company’s founding in Japan in 1921. In honor of the centennial, GC has prepared initiatives, both for GC associates and the public, to commemorate and celebrate throughout 2021. As part of the commemoration, Dr. Kiyotaka Nakao, GC Corporation President and CEO, officially unveiled a centennial logo and slogan to be used across all GC companies worldwide throughout the year.

The centennial logo originated from a design competition that GC held for all its associates to create a symbol that represents the company’s vision and tradition of excellence in dentistry. One of the organization’s guiding principles is that of Nakama, a Japanese word used to encapsulate the united spirit of cooperation among all associates working towards a shared goal. The chosen centennial logo therefore truly represents the company’s values and embodies its unity across all job titles and continents.

The centellial logo is an adaptation of the “Smile for the World” logo that GC has used since 2017 to represent the company’s commitment to improving the quality of health of the world. The new graphic features the number 100 cleverly incorporated into the design and is paired with the slogan, “100 years of Quality in Dental.”

The slogan reflects GC’s commitment to “make further contribution to improving the quality of the dental world” as a message. It is also in alignment with GC having dubbed the 21st century as the “Century of Health,” and its striving to be the world’s #1 manufacturer of dental care products and to support the vitality and well-being of people all over the world.

As a privately-owned, global company, GC enters its 100th year with renewed commitment to its ideals as a workforce and legacy that honors its founders. The new logo serves as a reflection of the dedication, which will take the company far beyond its 100th anniversary.

More information is available at www.gcamerica.com. 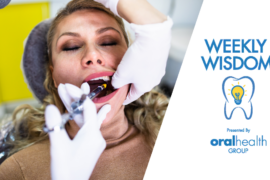