Today, Health Minister Adrian Dix introduced the Voluntary Blood Donations Act, which is legislation that would fully prohibit paid blood plasma clinics in the province of British Columbia. Health Minister Dix stated that the legislation was needed to help ensure that the “donations people give benefit people in our province and Canada.”

“Minister Dix is either entirely unaware of where plasma comes from in Canada, or is a hypocrite. Prohibitions on paid plasma donations ensure that BC, and Canada, will continue to suffer from acute shortages. In response to those shortages, Canada actually imports 70% its blood plasma supply from the United States, where they compensate donors. It makes no sense to ban paid blood plasma donations in BC, when we import it from paid American donors. At the end of the day lives are at stake, and we know from provinces like New Brunswick and Saskatchewan that paid plasma is just as safe as un-paid plasma. Legalizing paid plasma is a huge step forward for patients, especially those who so desperately rely on important plasma products.” said David Clement. 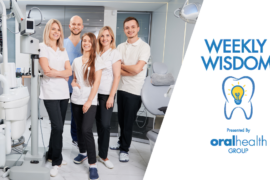