When Márta Demoth worked as a dentist in Nunavut, she says she felt more like a firefighter than a dentist.

The teeth of many of the roughly 3,000 Nunavut patients she saw between 2014 and 2016 were so bad that often she had no choice but to extract their teeth instead of repair them. Children would often be directed south for major dental surgery.

“No one shows them how to brush teeth,” Demoth told the recent International Congress on Circumpolar Heath in Copenhagen, speaking about Nunavut children who see no dentists or other oral health professionals for many years.

Painful and pulled teeth also means patients are less likely to be able to chew meat, which for these communities is a traditional source of protein, she said.

So, poor dental health can also be an important contributing factor to poor nutrition. 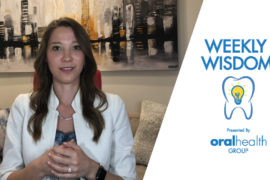