More Warnings are Released About the Use of Electronic Cigarettes

U.S. Surgeon General Vivek Murthy released a new report that presents research and policy recommendations on electronic cigarettes and their use among adolescents and young adults.

The report, which was reviewed by 150 experts, highlights some of the risks associated with using electronic cigarettes, including nicotine addiction, behavior risks – including the use of other drugs and other tobacco products – as well as the potential harm from ingesting the aerosol from electronic cigarettes, which is not merely water vapor and contains potentially harmful chemicals.

“Given the increased use of e-cigarettes among youth in the U.S., we are very pleased that the Surgeon General has issued a report on this important issue. It is essential that the public health community evaluate the scientific facts surrounding electronic cigarettes,” stated Laurent Huber, Executive Director of Action on Smoking and Health. “The report illustrates that while electronic cigarettes are less harmful than cigarettes, they are not harmless. Electronic cigarettes contain nicotine, which is highly addictive and can have negative effects on brain development, and they also have the potential to be a gateway to other tobacco products for new smokers. This scientific evidence will guide the discussions around electronic cigarettes both in the United States and around the world.”

“While alternative nicotine delivery devices may have a role in cessation, this role needs to be supported by science. In addition, there is a worrying trend that major tobacco companies such as Philip Morris (Altria), British American Tobacco, Japan Tobacco International, RJ Reynolds and others are aggressively expanding into the electronic cigarette markets, in part due to the less strenuous regulatory environment.” Huber continued, “Given that their aim is not to help smokers quit but rather to increase the demand for their nicotine products, the recommendations from the Surgeon General’s report, particularly the suggestions for regulating marketing and sales, will aid in ensuring that electronic cigarettes do not become a new public health threat in years to come.”

Action on Smoking and Health congratulates the Surgeon General on the release of this important report, and we welcome the opportunity to renew our commitment to continued discussions on the best practices for electronic cigarettes.

About Action on Smoking and Health
Action on Smoking and Health (ASH) is the nation’s oldest anti-tobacco organization dedicated to health for all. ASH was formed in 1967 in response to the U.S. Surgeon General Report in order to use legal action to fight tobacco and protect nonsmokers. Today, because tobacco is the leading cause of preventable death worldwide, ASH uses global tools to counter the global tobacco epidemic. Learn more about our programs at www.ash.org. 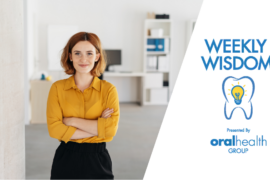