The 50th anniversary of the BISS was celebrated with more than 130 guests from all over the world at the Dorint Park  Hotel in Bremen from 21st to 23rd January. BEGO organised a multifaceted programme of inspiring and forward-looking workshops and presentations from renowned speakers, and selected the winners of the Wilhelm-Herbst-Award 2013 for outstanding achievement in marketing and sales.

annual BEGO International Sales Symposium (BISS). For the first time, and with the aim of giving the monumental occasion a special setting, the event was held at the Dorint Park Hotel Bremen instead of at the company’s headquarters. More than 130 participants (a new BISS record!) travelled to Bremen from over 40 countries to take part in the three-day “expedition”.

The welcome speech delivered by the managing partner of the fifth-generation family-owned company, Christoph Weiss, was emotional and special at the same time: “My father launched the BISS 50 years ago to share common interests with business partners and like-minded individuals as well as to enable them to attend special training sessions and presentations.

Personally, I am delighted that we are now able to hold this event for the 50th time here in Bremen and that so many of you were able to come. Come with us on an expedition to the future! Let us discover together which tools and in particular which assets you should pack in your bag for a successful expedition.”

Image 1: The traditional group photo of the participants – in the domed hall of the Dorint Park Hotel Bremen to celebrate this year’s anniversary.

However, before turning the attention to the future, it was time to take a look at the past first: Now 88 years of age, Joachim Weiss, former head of the company and founder of the BISS, drew on some humorous anecdotes to illustrate the development of the BISS over the last 50 years and, to their delight, shared a wealth of photographic memories with those present.

The first-rate keynote speaker’s presentations were also met with great approval: In his presentation “The next generation of dentists and dental technicians as digital natives – what does this mean?”, PD Dr med. dent. Constantin von See offered a range of possibilities for how best to approach this emerging generation. Extreme mountaineer and motivational coach Steve Kroeger demonstrated in his presentation “Expedition to your individual summit” just how you can achieve personal bests step-by-step, using challenges from international expeditions to some of the world’s highest summits to illustrate his point. In his

speech “2025 – how we live in the future”, trend researcher Sven Gábor Jánszky took the visitors on a journey through time to the year 2025 and explained different industries’ key visions for the future. Finally, the motivational trainer Richard de Hoop inspired and amazed the audience with his extremely infectious, musically accompanied presentation “How to rock your team in the future”.

Image 2: Christoph Weiss (left) and Joachim Weiss at the symposium’s opening ceremony. Together they presented a revue of the last 50 BISS years in pictures.

A further central component of the programme was the six different “discovery stations” at which the visitors could “discover” different aspects of the dental world. In addition to discussion of the implications of demographic (e.g., ageing society) and technological trends (such as 3D printing) and presentation of new products and projects from BEGO in the field of conventional and digital dentistry, the event was the perfect opportunity to present the portfolio of implantology services and above all the new implant system BEGO Semados® RS/RSX-Line.

The presentation of the Wilhelm Herbst Awards, which are awarded for outstanding dealer achievements every year, was a particular highlight of this year’s BISS. The lucky winners of the 2013 award were IDS Denmed Pvt. Ltd. from India and the Chinese companies Shanghai Foshion Medical System Co., Ltd. and Beijing Fudent Co., Ltd.

Last but not least, the diverse supporting programme also helped to impress the guests. The gala dinner in the “Palais im Park” and the visits to the Mercedes-Benz and Airbus factories as well as the BEGO headquarters with its high-tech

CAD/CAM production centre were met with high approval and rounded off the programme of the 50th BISS perfectly.

Image 3: Sven Gábor Jánszky demonstrates the possibility of moving an object by means of brain waves on a participant.

“Together with our dealers we have had a very eventful week. We are overwhelmed by the immensely positive feedback that we received both during and after the event. As usual, our customers were very impressed by BEGO’s informal and yet professional manner,” reports Jürgen Schultze, International Sales Director at BEGO, and Oliver Klein, Director Int. Sales & Business Development at BEGO Implant Systems.

“We are delighted that we were able to inspire our customers so completely with this year’s theme “Expedition Future” and the overall concept of the event. At the 51st BISS (which will be a “regular” event once more) it will be a particular challenge to exceed our customers’ high expectations again – but we’ll certainly give it a good go,” concluded Anja Sohn, Head of Brand & Marketing Communications.

About BEGO
The BEGO Bremer Goldschlägerei Wilhelm Herbst GmbH & Co. KG is one of the leading international dental companies. The owner-led company provides a wide selection of products and services “made in Germany” through their divisions BEGO Dental, BEGO Medical, and BEGO Implant Systems. Since its foundation in 1890, BEGO has been active in research and further education, upholds strong cooperation with universities and master schools, and holds many patents. In 2008, BEGO was the only dental company awarded the renowned “TOP100&r
dquo; seal of approval for their superb innovation. 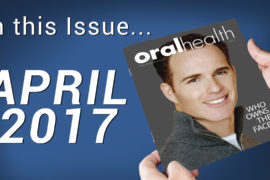