Lisa Citton-Battel, President of the Dental Industry Assoication of Canada (DIAC) is pleased to announce that the Board of Directors has unanimously elected David Marks CA as the President-Elect of the association for a 2 year term commencing at the Annual Meeting in 2016.

In the interim, David will hold the position of Vice-President and Director for Member Communications. David has been on the Board of Directors of DIAC since 2010 and has previously held the portfolios of Regulatory Affairs and Secretary-Treasurer.

David Marks is the Director of Marketing, Dental Merchandising, for Henry Schein Canada, responsible for all aspects of marketing and merchandising of dental sundries and small equipment products. David joined Henry Schein Canada in 2009 through the acquisition of Confi-Dent, a full service dental supply company based in Toronto, Ontario. A Chartered Accountant by training, David started Confi-Dent in 1992 as an infection control focused company, and quickly developed it into a successful full service dental distributor.

Prior to founding Confi-Dent, David was engaged in various senior financial management positions, including 8 years as an Audit Partner in a professional Chartered Accountancy firm. 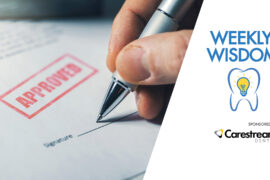