A higher percentage of Canadian dentists spent over 250 chairside days in their practice over the past year, according to results from the DIAC (Dental Industry Association of Canada) Twelfth Annual Future of Dentistry Survey. While a consistent 40% of respondents were spending 150-199 days chairside in each of the past two years, DIAC’s latest survey shows that 12.5% of dentists spent over 250 days in the practice last year, more than double the 5.7% result from the 2007 survey.

The survey also found that response patterns regarding the average number of patients treated per day and the number of hygiene days in the practice has remained consistent over each of the past two years. Over three-quarters of dentists (76.2%) treated less than 15 patients per day and approximately 20% treated 15 or more in 2007 and 2008. On an overall basis, dentists treated 12.7 patients in an average day. In terms of hygiene days, more than one-third (38.9%) of respondents had 5 or more hygiene days per week, while 22% had 4 hygiene days. Only 9.3% had one hygiene day per week, 11.1% had two, and 9.9% had three per week.

Over 1000 practicing Canadian dentists responded to this year’s survey (similar to the response achieved over each of the previous eleven years) with a good proportional distribution across all regions of the country. Based on this response rate, overall 2008 survey results have an accuracy of +/- 3.06% 19 times out of 20. 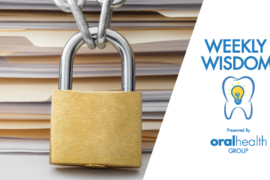