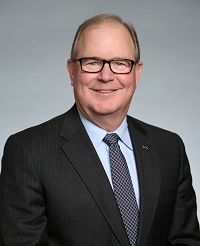 Joseph P. Crowley, D.D.S., a general dentist practicing in Cincinnati, Ohio, is the new president of the American Dental Association (ADA). Dr. Crowley, who was elected president-elect last year, was recently installed as president during a meeting of the ADA House of Delegates in Atlanta, Georgia. He will lead the 161,000-member organization that is America’s leading advocate for oral health.

Dr. Crowley previously served as the Seventh District trustee to the ADA House of Delegates. Dr. Crowley has served the profession in a number of ways during his four decades as an ADA member, including as chair of the Council on Government Affairs in 2008-2009. He is also active in the Ohio Dental Association, and served as its president in 2005-2006. Dr. Crowley was the president of the Cincinnati Dental Society in 1996.

After finishing dental school at The Ohio State University College of Dentistry in 1976, Dr. Crowley returned to his hometown of Cincinnati, where he has practiced general dentistry for more than three decades. He’s been involved in the community, and has been particularly active at LaSalle High School, his alma mater. He was named to the school’s athletic hall of fame in 2009. Dr. Crowley and his wife Pauletta have been married 43 years and have three children and seven grandchildren.


1 Comment » for Joseph P. Crowley Installed as President of the American Dental Association 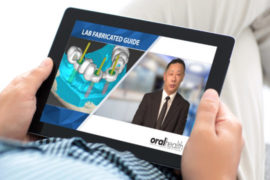